#2022Election: Twists and Turns and Two Weeks to Go 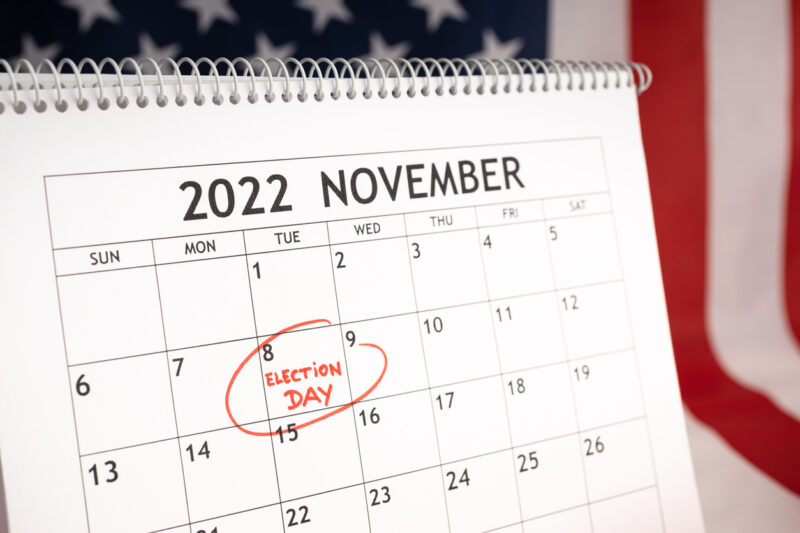 Two weeks to go until Election Day! And already it’s starting to look like the last lap at the Daytona 500. Who will pull ahead? Who will spin out? Whose engine will fail? And who will slam into the walls and turn into a flaming, flipping wreck?

And will the racing officials pull any stunts?

Suddenly U.S. Elections are Not Secure Again … While Yet Another Republican Gets Assaulted

With two weeks to the election, the Biden Administration is set to send out a bulletin warning of multiple threats to the nation’s election security infrastructure, Politico is reporting.

I like how the DOJ claim is that the 2016 election was stolen by Russia, that not only were the 2018 and 2020 elections the purest in the history of the world but COULD NOT be damaged by anyone and that the 2022 election is back to being threatened. Fascinating how that happens! https://t.co/KXMcWI2I7u

The sources say DHS is also concerned about the potential intimidation of election workers, and reports of armed people keeping a watch at mail-in ballot box drop-offs.

But a pattern of real violence against Republicans? DHS yawns. The latest? On Sunday night, a campaign staffer for Sen. Marco Rubio was seriously injured when attacked while knocking on doors.

“Last night one of our canvassers wearing my T-shirt and a DeSantis hat was brutally attacked by 4 animals who told him Republicans weren’t allowed in their neighborhood in Hialeah, Florida,” Rubio posted on Twitter.

(Quick poll: Would Twitter have slapped a warning on a photo showing a Democrat severely beaten by a MAGA supporter?)

The savage attack on the Rubio staffer is just the latest in the serious of actual assaults … including murder … since Joe Biden issued his blood-red call to arms against the “MAGA Republicans” who “threaten our republic.”

Be careful what you cheat for. Michigan Democrats went all out to sabotage the GOP candidates thought to have a shot at Gov. Gretchen Whitmer, to the point of even conducting a massive campaign to get fake signatures for those candidates, so they would have too few good signatures to qualify. When the smoke cleared, Whitmer ended up squaring off against an unknown businesswoman and mother of four Tudor Dixon.

Should have been easy pickings. In fact, Whitmer was up 17 points in August. But despite the governor’s massive lead, being a political newcomer and being outspent 26-to-1, Tudor Dixon has this race even, according to the latest polls.

Dixon and Whitmer square off tonight in their final debate.

Although Detroit’s elections are notoriously corrupt, at least the Michigan election will be a fairer fight than it might otherwise have been. A judge has struck down the Soros-backed Secretary of State’s efforts to restrict the rights of poll challengers. The RNC sued when Jocelyn Benson unilaterally added a host of barriers to people serving as poll challengers.

See, you can’t have people ensuring the counting and voting is done properly … not in a swing state. Soros didn’t get people like Benson elected so elections could be fair.

“Jocelyn Benson not only disregarded Michigan election law in issuing this guidance, she also violated the rights of political parties and poll challengers to fully ensure transparency and promote confidence that Michigan elections are run fairly and lawfully,” RNC Chairwoman Ronna McDaniel said in a statement. “This ruling is a massive victory for election integrity, the rule of law, and Michigan voters.”

Michigan is definitely a race to watch. Watch like a hawk.

Abortion Not Looking to Be a Factor in Midterms

Democrats like Gov. Whitmer were counting on the overturning of Roe to make abortion a main driving force of the midterms. In fact, they were dubbing it #Roevember.

Women can and will decide the midterms.#Roevember is coming.

However, the promise to kill more babies isn’t proving a winning message. Imagine that.

A new poll from RMC Research/America First Policy Institute shows abortion is simply not a top priority for women in the election. Inflation was about four times as likely to be listed as their most important issue. Even worse news for those pinning their political hopes on the Orwellian “reproductive health,” the DCNF reports a majority of women “favor abortion limits that would have been unconstitutional under the Roe v. Wade precedent.”

Another McConnell controlled PAC pulled all spending out of Arizona, where America First-type Blake Masters is “back in contention” with Sen. Mark Kelly. (Given how polling tends to be skewed against Republicans, this means that Kelly is fighting for his political life.)

Most bizarrely, McConnell’s Senate Leadership Fund is diverting $5 million to help Sen. Lisa Murkowski hold onto her seat in Alaska … when Murkowski is running against another Republican, Kelly Tshibaka. Yes, McConnell is blowing $5 million that could help defeat Democrats in other states just to keep an American First Republican out. With the fate of the Senate in the balance. To help, incidentally, a woman who just said she’s going to vote for the Democrat running against Sarah Palin. In other words, McConnell prefers Nancy Pelosi to Sarah Palin.

If McConnell were any more of a Swamp creature he’d grow gills.

Ted Cruz Went on The View. It Went As You Would Expect

Ted Cruz went on The View Monday. Why? Getting teeth extracted without Novocain sounded too enjoyable? Torture in a Turkish prison too boring? It went as you’d expect. When Cruz pointed out how often Hillary Clinton claimed Trump was illegitimate, George W. Bush was illegitimate, etc., he was ordered like a school boy to lower his voice. Hecklers in the audience were so disruptive, leaving Whoopi bellowing “Let us do our job!” and ABC cutting off the audio . Whoopi went onto apologize to the audience for giving them free copies of Cruz’s latest book. Which Cruz found funny.

What election craziness will today bring?

It’s Not Too Late to Take the Pledge!