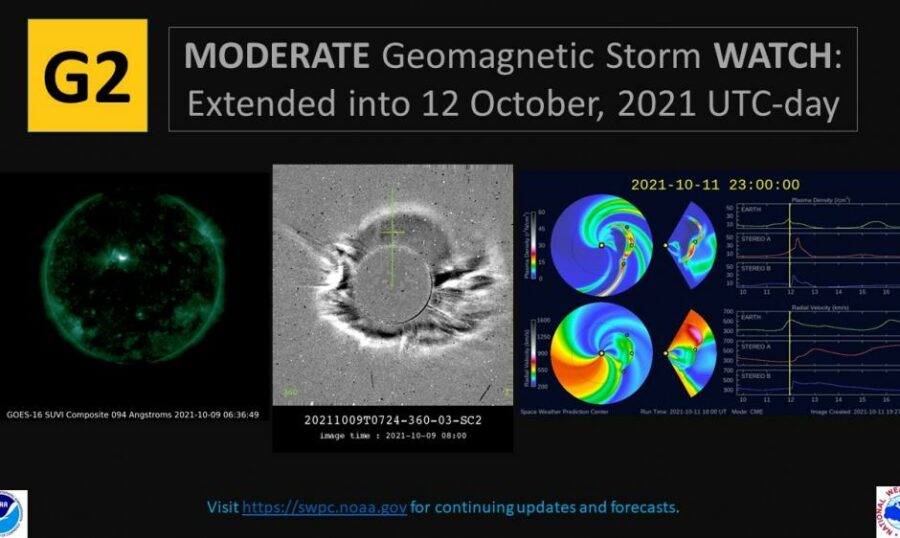 A geomagnetic solar storm sparked by a solar flare could mess with satellites and power grids today (if it hasn’t already.)  That, according to the U.S. Space Weather Prediction Center.

The solar flare, technically called a coronal mass ejection (CME) was first spotted Saturday. The watch categorizes the storm as a G2 event. (The worst being a G5.) According to Fox News, the possible effects from this “moderate” event include “power grid fluctuations with voltage alarms at higher latitudes. For satellites, it could have orientation irregularities and increased drag in low earth orbit.”

Effects could linger into Tuesday.

A massive solar flare is due to hit Earth today, authorities are warning – potentially disrupting power grids and bringing the Northern Lights as far south as New York as well as the north of England and Northern Ireland.

On the plus side, the Northern Lights could be seen as far south as New York and Wisconsin and Washington State.