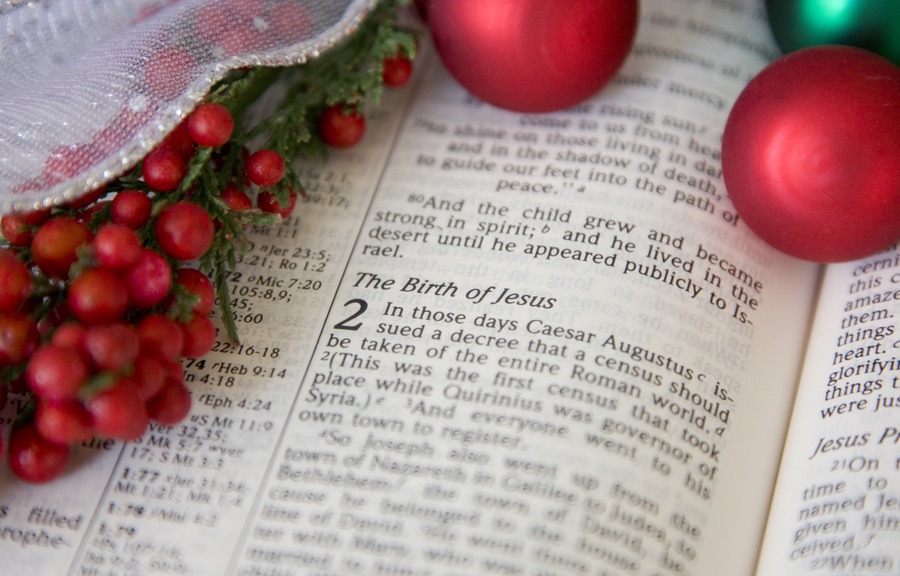 It’s Christmastime… Christmastime 2020, that is. So, who feels like celebrating? We’ve got politicians telling us to stay home and do the holiday alone. At least the year’s almost over, and good riddance to it.

I’ll have to admit, though, the coming year weighs heavily on me. Joe Biden will take the oath of office, representing a party that has aligned itself solidly against historic Christian belief and practice. Either that or the courts or Congress will decide the Democrats stole the election.

If that happens you can be sure that thousands will arise to claim Trump stole it. We can expect some of them will target conservative Christians with their anger. Either way, it’s been a rough year, with rough times still to come.

And that makes this the year to celebrate Christmas like never before. Celebrate? Yes!

Unto Us a Child is Born

Let’s look at this famous Isaiah 9:6-7 passage in light of what’s behind and what’s to come:

For unto as Child is born Unto us a Son is given; And the government will be upon His shoulder. And His name will be called Wonderful, Counselor, Mighty God, Everlasting Father, Prince of Peace Of the increase of His government and peace There will be no end.pain

I’ve sung that along with the choir in Handel’s Messiah a hundred times or more, but I’ve never been quite so grateful for all that Jesus came to be and to do. It’s not that this is the first hard year I’ve had; far from it. The same goes for you, too, I’m sure.

But our generation here in America has never had one where so many of us have shared so much of the same excruciating loss. Christmas is the start of God’s answer to that pain, when God Himself entered into our sufferings.

Joy That Lasts Through Pain

In the words of that great prophecy, He became the Wonderful Child so He could be our Counselor guiding and lifting us up through these dark and confusing times. He is the supreme revelation of our Everlasting Father.

He is our peace, which we need to a degree unmatched in our streets since the 1960s. And with our government in such deep conflict right now, it’s a relief to know it’s ultimately, eternally on His shoulders.

It’s a story of God coming to save His people from our sins and our pain. That’s worth celebrating — now more than ever.

I know, Christmas is supposed to be a time of family gatherings, of lights and gifts and mistletoe and good food and good times together. America is supposed to be the home of the American Dream, too. Supposed to be. Some Americans never entered into the dream, and now a lot more of us are feeling it as a nightmare.

Jesus came to a world that wasn’t what it was supposed to be, either. That was His whole purpose.

He Came to Fix the “Supposed to Be” Problem

It’s a story of God coming to save His people from our sins and our pain.

That’s worth celebrating — now more than ever.

I’m not so sure about that whole “supposed to be” thing anyway. America’s Christian experience until now — what we’d like to think of as “normal” — has been anything but normal, viewed in the long sweep of history, and in the stories of Christ’s followers through the centuries and around the world. The more normal thing, the more common experience, has been for believers to keep on praying, worshiping, learning and celebrating God’s goodness while under some level of difficulty or even persecution.

The other day James Kushiner, editor of Touchstone, sent out an email in which he said Christians should resist any “New Normal” now. Instead we should be thinking about an “Ancient Normal.” I like that idea. We’re entering in new ways into a very old story, one that’s much larger than ourselves; and what better time for old stories than Christmas?

Peter said it well in 1 Peter 4:12-13: “Beloved, do not think it strange concerning the fiery which is to try you, as though some strange thing happened to you; but rejoice to the extent that you partake of Christ’s sufferings, that when His glory is revealed, you may also be glad with exceeding joy.”

“Exceeding joy.” Now, there’s a Christmas sentiment for you! If this year has been a fiery trial for you, don’t think of it as “some strange thing” that’s “happened to you.” Try to think of it instead as our opportunity to enter into that grand story, the one that goes far beyond you or me or even this great country, America. It’s a story of God coming to save His people from our sins and our pain.

That’s worth celebrating — now more than ever. It’s not about trying to recreate some ideal picture-card, Norman Rockwell wonderful experience. It’s about remembering the One who came to be with us in our all our struggles, and to rescue us from them. The more you and I recognize how much we need that rescue, the deeper our joy that God came to accomplish it for us.

It’s been a hard year, no denying it. So read 1 Peter 4:12-13 again, and Isaiah 9:6-7. Read the Christmas stories in Matthew and Luke. Pray a prayer of thanks to God. And celebrate!