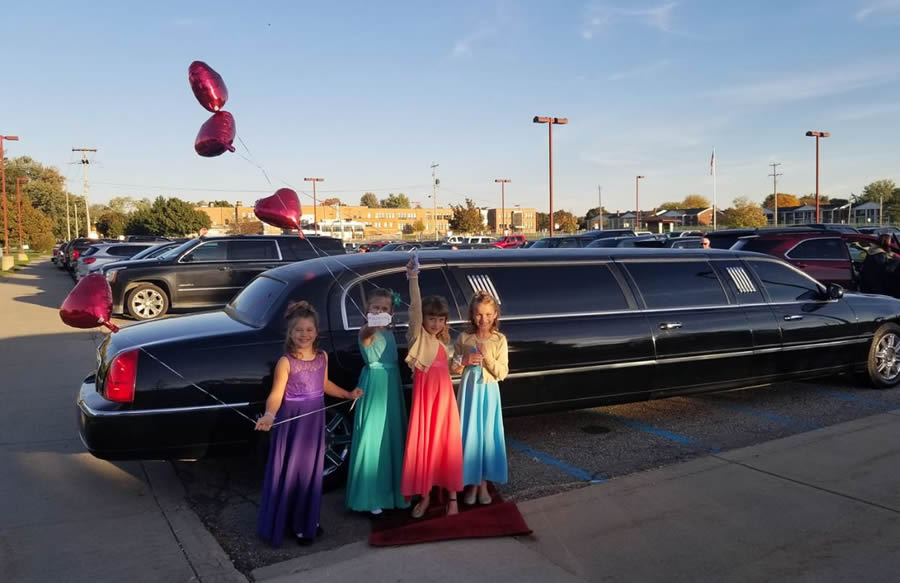 When we turn on our television or smart phones we are bombarded with news that brings us down. Where are all the good stories? Those stories are still there. Here are some from the best from 2018 that continue to light our hearts like a Christmas tree.

Big sister Lydia was babysitting two-year-old Bo who has Down syndrome. She picked up her guitar and sang You Are My Sunshine, not realizing how therapeutic the music would be. Now mom says Bo’s vocabulary has been expanded because of the music. Here’s what she posted on Facebook:

My daughter Lydia was watching Bo while I was in the shower. Came out to this. If she didn’t have a guitar I don’t know if she would know how to babysit him. This is her go to. It’s proof that music therapy works. Bo is 25 months old and has a 12 word vocabulary. Every word he has learned has been through music and singing.

May: A Selfless Act

Louis Jordan went to pick up his mom from work in downtown Houston when he spotted a woman in a wheelchair waiting for a bus. “It was unbearably hot,” he told KTRK. “I wouldn’t want to be out there in the sun.”

He grabbed an umbrella from his car and held it over the woman to provide shade. “Come to find out, it was going to be a little longer for METRO Lift to come and get her, so we ended up waiting out there for an hour and 45 minutes,” said Jordan.

The two have become friends. When Jordan sees Michelle waiting for the bus he gets his umbrella and waits with her. “We laugh, joke. She’s in a book club. Come to find out, she likes pork chops.”

“I pray that God allows me to be used every day,” He continued. “I’ve been down and out so much … I’ve been that person.”

A one-year-old baby girl was able to hear for the very first time after she had a cochlear implant at a Texas hospital in June. She smiled. Her mom cried.

Ayla Esler was born deaf. A video posted by Cook Children’s Medical Center in Fort Worth, Texas, shows the moment when Ayla found out she could hear. She turned her head to the sound and held her hand up to her ear. Ayla wiggled and smiled as she sat on her mother’s lap. Her mom, overcome with emotion, burst into tears.

Luke Reece always looked forward to taking his daughters to the father-daughter dance. But this year, he wasn’t around to go. Luke passed away earlier this year after going into cardiac arrest. His daughters, Avery, 8, and Alivia, 7, had no one to take them to the dance. That is, until a kind teacher decided to do something about it.

Steve Culbert of Davidson, Michigan told Good Morning America (GMA) that he’d visited Reece in the hospital and knew it didn’t look good. Culbert’s wife told him he needed to take the girls, who were his students, along with his own two daughters to the father-daughter dance on October 13.

Culbert went all out. He paid for a day of beauty for the girls and rented a stretch limo to take them to the dance. Community members paid for the girls’ dresses, which were in their favorite colors. “My daughters were excited to take their friends with us,” he said. “I wanted to make it as big of [a] night as possible for these girls.”

November: What a Beautiful Name

Christian artist Tauren Wells tweeted a video of a group of people singing “What a Beautiful Name.”

“What a privilege to declare the name of Jesus in worship and in prayer today at the White House,” wrote Wells. “I was challenged, informed, convicted, & inspired at the #faithbriefing w/many peers in the CCM industry. The church has a great opportunity to rise with grace & truth in this hour.”

What a privilege to declare the name of Jesus in worship and in prayer today at the White House. I was challenged, informed, convicted, & inspired at the #faithbriefing w/ many peers in the CCM industry. The church has a great opportunity to rise with grace & truth in this hour. pic.twitter.com/xgZQiqh6XG

Just in time for Christmas, one Arkansas couple has given seven siblings their “forever family.”

Michael and Terri Hawthorn just adopted seven siblings from foster care. “I don’t actually consider us unique,” Terri says. “I just feel like God has blessed us with the ability to love unconditionally. I just feel like children are a gift from God. These children don’t ask to come into foster care — they come from horrible, horrible, situations some of them … we feel like we’re a rescue home for them.”

“I’d been praying to have a family that I can enjoy Christmas with,” Dawson, the oldest of the siblings, told Fox News. “You’re safe. You know you’re not going to leave and it’s good to know you’re in a forever family and you won’t have to worry about danger.”

“It feels good to actually have a family to wake up to every morning,” says 11-year-old Kyndal. “This has been the best Christmas I could ever have actually knowing I have a mom and dad.”

“This is a blessing, they are a blessing,” Terri says. “Every day, these kids wake up, and they are giggling and they are happy. And, you see the smiles on their faces. That’s what makes this worth it.”

We pray you have a joyous New Year. Even in the middle of struggles, pause to take a break for joy. “[T]he joy of the Lord is your strength” (Nehemiah 8:10).