The new President and, of course, "The Indictment" dominate the year's headlines. That and the announcement of a new Princess Leia. 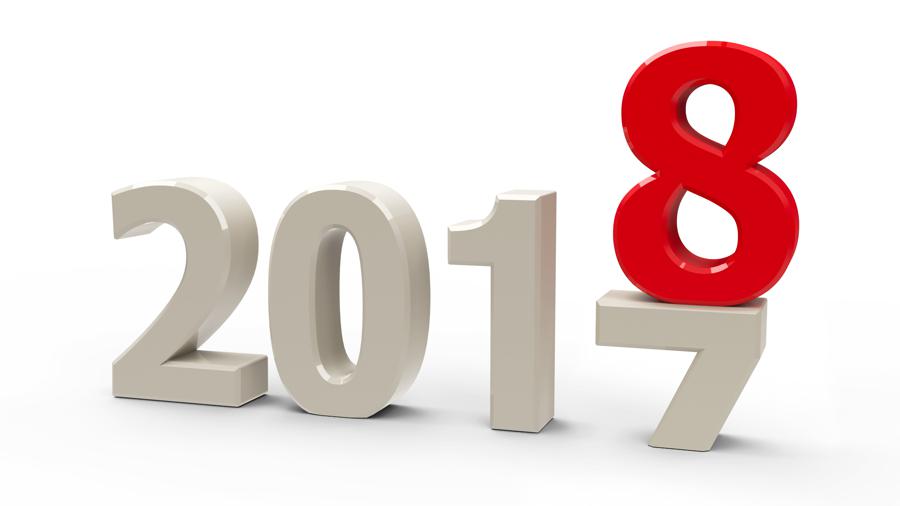 Well, 2017 is in the books and to the surprise — perhaps even disappointment — of some, President Trump did not blow up the world.

He did, however, blow out of the gate with the fury of a thoroughbred. The final strands from the marching bands had hardly finished echoing down Pennsylvania Avenue before President Trump had begun dismantling Obama’s legacy and reversing his executive fiats.

Looking on as Trump rescinded executive order after executive order was the Winston Churchill bust gifted to us by England, but unceremoniously removed by Obama. Trump had the bust back in the Oval Office quicker than you can say “Brexit.” His first two calls as President were to Britain’s Prime Minister Theresa May and Israel’s Prime Minister Benjamin Netanyahu. He said his third call was to Putin just to send the mainstream media into a tizzy. Actually, his third call was to the family of a serviceman killed over the holidays.

His first two calls as President were to Britain’s and Israel’s prime ministers. He said his third call was to Putin just to send the mainstream media into a tizzy. Actually, it was to the family of a serviceman killed over the holidays.

Protesters had tried to make a mess of Inauguration Day. They failed. President Trump tried live tweeting from the Inaugural podium. He succeeded.

The Inaugural Balls were a sight to see. President Trump had dramatically cut back on the number of official balls. For all the talk of his considerable ego, Donald Trump didn’t feel the need to squander extra millions and run all over town to be repeatedly celebrated. And, well, let’s face it. Melania stole the show anyway. She was stunning. It dawned on Americans for the first time what it would mean to have as first lady a supermodel who speaks more languages than C3PO.

The first 100 days were a blur. Trump kept to his word on tax reform and repealing-and-replacing Obamacare. A systematic rollback of job-killing regulations was launched. The Johnson Amendment was repealed, freeing the nation’s clergy to speak their hearts on politics without fear of losing their non-profit status. And Trump did nominate a “conservative justice in the mold of Antonin Scalia.” Democrats declare war on her.

A bipartisan infrastructure effort passed over the objections of fiscal conservatives. Heads exploded across the land at the sight of Trump and Nancy Pelosi hugging on the White House lawn. Fear not. She would call him a “racist” days later when he unveiled the blueprints for his Border Wall. The artistic renderings wisely emphasized the wide and welcoming “Freedom Plazas” as much as the imposing barrier.

Speaking of the Left

Aided by the mainstream media and entertainment industry, progressives work tirelessly, aggressively, and often get dirty and defamatory, to block every single action of the Trump administration and Trump personally. Even some establishment Republicans join in.

Daily lawsuits are filed with friendly judges, hourly the media parades “victims” of Trump policies and disparages any good news. Every second, hostile tweets insult, twist and contradict anything said or done by anyone not with the progressive program. America shrugs and goes about its business, muttering, “They still don’t get it.”

The announcement came suddenly, and like a neutron bomb, out of the New York office of the FBI, on a Friday evening in April. Hillary Clinton, Huma Abedin and several Clinton Foundation executives would face hundreds of criminal counts.

Obama, who wouldn’t be caught dead working overtime while he had the job, is suddenly tireless in his efforts to critique the guy currently holding the job. Trump gives him a new nickname: “All Drama Obama.” Meanwhile, Obama pockets $200,000 a pop in speeches decrying the nation’s income disparity.

Hollywood conservatives begin speaking out. And to the surprise of Hollywood liberals, there are more conservatives in La-La Land than they imagined. More than one set has to stop production when an actor has a meltdown over a crew member wearing a “Make America Great” hat.

Unfortunately, HBO had to delay production of its new election-based Game Change movie sequel when it has trouble finding an actor willing to play Donald Trump. “I can put aside my politics to play him, and I would have enjoyed the acting challenge,” said one unnamed A-lister. “But with the grief I was get from my industry friends I had to turn it down.” Sarah Palin, still ticked at Julianne Moore’s insipid portrayal of her in the original Game Change flick, volunteers to play herself in the new movie … at scale.

The actresses eager to play Hillary Clinton stretch down Hollywood Blvd. Until …

“Where were you when you heard about The Indictment?”  That was the most asked question of 2017, and likely will be asked for years to come. Nobody will even have to say “Which indictment?”

The announcement came suddenly, and like a neutron bomb, out of the New York office of the FBI, on a Friday evening in April. Hillary Clinton, Huma Abedin and several Clinton Foundation executives would face hundreds of criminal counts in connection with Hillary’s pay-to-play dealings while Secretary of State and other schemes. Count after count: bribery, kickbacks, lying to the FBI, campaign finance violations, RICO conspiracy charges, misdirecting Haitian relief funds, and on-and-on.

Chelsea pal and former Clinton Foundation CEO Eric Braverman, who vanished for several months after a John Podesta email released by WikiLeaks in October revealed he was a mole, resurfaced after news leaked he’d been cooperating with the investigation. Former Congressman Anthony Weiner, Abedin’s ex-husband, also agreed to plead guilty to a lesser charge in his underage sexting case in exchange for his cooperation.

As FBI director James Comey said, “While the evidence found on Anthony Weiner’s computer had no additional bearing on Secretary Clinton’s carelessness with classified information, it had much to bear on the investigation into her and Ms. Abedin in regards to the Clinton Foundation.”

Also, in the course of the investigation, the FBI uncovered troves of emails detailing Hillary Clinton’s direct hand in the running of weapons via Libya to help al-Qaeda-affiliated fighters take down Assad in Syria. The Benghazi cover-up was intended to hide this weapons smuggling operation. Hillary had denied to Congress under oath that she knew anything about weapons transfers. A charge of lying under oath is tucked deep in the indictment.

Hillary Clinton was booked and released on her own recognizance in September. Her now-immortal mugshot created a cottage industry of related products. But the good-natured ribbing and sense of triumph in some circles over Hillary’s fall was tempered by the very clear evidence that the former Secretary of State was not well. Despite charges her illness is being played up to win sympathy for potential jurors, Americans by over 2-to-1 believe Clinton will never make it to trial.

As more and more of the evidence was unsealed, even MSNBC and CNN were forced to admit the nation’s business would have come to a complete standstill had Hillary been president when indicted. In an odd twist, they now condemn Comey for not having indicted her in July 2016.

Tony Bennett stole the Super Bowl halftime show from Lady Gaga. The Cowboys were unable to steal another Super Bowl ring from the Patriots.

Producer-director J.J. Abrams dropped the bombshell news on who will play General Leia in Star Wars IX. “No one can replace Carrie Fisher,” Abrams said, “But if anyone can, it’s the great Debra Winger.”

In yet another break from tradition, Donald Trump refused to pardon the White House thanksgiving turkeys, saying, “It’s time America got tough with poultry.” First son Barron giggled, knowing the birds were heading toward a farm owned by the family.

All told, 2017 kept its one major promise: It wasn’t boring.