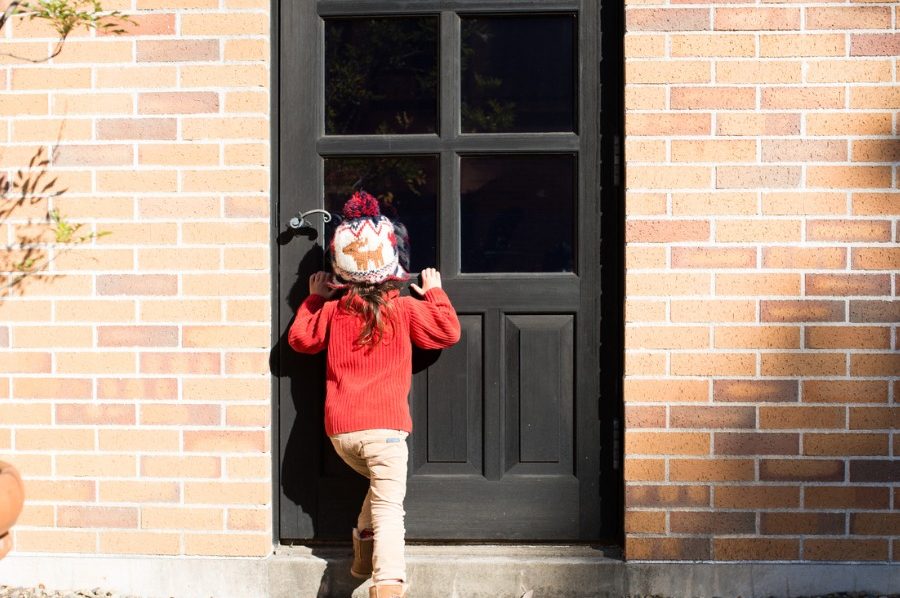 Listening to Fiona Hill’s opening statement today I was reminded of a cherished childhood memory. (Yes, the impeachment hearings are good for something.)

When I was about 12, I knew, just knew I was going to get a new bicycle for Christmas. No, my parents didn’t say anything about it. No, it wasn’t because I got direct word from my spy at the North Pole. Blame my sister-in-law Sue.

She and Gus lived just up the street. A couple of weeks before Christmas I was at their house to look after my three-year-old nephew Michael. Before heading out, Sue said, “Don’t let Michael go into the back storage room. He could get hurt.”

Well, that’s strange. I’m up here a few times a week. Never told that before. Of course I’m not going to let Michael wander into the back room. Door’s shut anyway. Ding! Ding! Ding!  She doesn’t want me going into the back storage room. Two weeks before Christmas.

In her opening statement this morning, former National Security Council staffer Fiona Hill begged lawmakers to not look the back room. The back room of Ukraine’s 2016 efforts to help Hillary Clinton and the Democrats dirty up Donald Trump. She called it a “fictional narrative.” Even the Washington Post admits it’s no fiction. Left-leaning Politico and New York Times don’t think it’s fiction. And certainly Paul Manafort’s prison cell doesn’t feel too fictional.

Said Hill: “In the course of this investigation, I would ask that you please not promote politically driven falsehoods that so clearly advance the Russian interests. These fictions are harmful even if they’re deployed for purely domestic political purposes.”

Amazingly, she seems to think that to lay out evidence that high-ranking Ukrainians helped Hillary tear down Trump is to deny Russia messed around in our election. Is she dumb or just deflecting? Given her righteous indignation at the idea notoriously corrupt Ukraine would be involved in something corrupt, I’m going with deflecting.

What’s Behind the Door?

So what’s behind the door? What doesn’t Hill want us to see? As we mentioned yesterday, just take a look at Byron York’s column. He’s got five good reasons Trump was absolutely right to want to poke around.

But please, oh, Congress. Don’t look into why Ukraine did the Democratic administration’s bidding to make the original investigation go away. Or the investigation into NGOs funded by George Soros. After all, that would suit Russia’s interests. While we’re at it, we certainly don’t want to look at Ukrainians feeding information that would be used in the bogus “Steele Dossier,” which became the basis for FISA warrants against Trump campaign officials. In fact, Hill testified a Clinton crony showed her the dossier before it was published.

Hill and her allies say: “Don’t go into the back room because it makes Putin happy.” Maybe it would. But Republicans are not trying to make the Russians happy. Not looking into the smoky back room of Obama-era activities would make Democrats happy.

While Adam Schiff stages his carnival show to the rapt glee of the mainstream media, more nuggets about 2016 election subversion has emerged. Undercover Huber has a fascinating thread last night. A previously undisclosed text from July 2016 shows Lisa Page asking boyfriend Peter Strzok “Have we opened (an investigation) on him (Trump) yet?” Four days later, Strzok launches the Crossfire Hurricane investigation.

🚨NEW: In a previously undisclosed text on July 27 2016 (when Trump joked about Russians finding Hillary’s 30K emails) Page & Strzok had the following exchange:

PAGE: Have we opened on him yet?

STRZOK: Opened on Trump? If Hillary did, you know 5 field offices would…

This question “Have we opened on him yet” is directed at one person. This would blow away James Comey’s contention that Donald Trump was not personally targeted for investigation the summer of 2016. And his claim that Crossfire Hurricane was just a counter-intelligence investigation about Russia meddling. Curiously, especially given its relevance, Page’s question did not appear in texts given to Congress.

While this revelation isn’t exactly a bombshell — of course, Strzok, Comey and the rest were going after Trump — there is another bit of Strzok news that is not getting nearly the attention it deserves. Remember how Strzok sued the DOJ for firing him? Well, the DOJ responded with a vengeance.

One thing catching my eye: The DOJ declared that Strzok showed “dereliction of supervisory duty” in refusing to properly investigate the tens of thousands of Hillary Clinton emails and texts found on convicted sex offender Anthony Weiner’s laptop. NYPD found the emails while investigating Weiner, who’s married to Hillary’s right hand gal Huma Abeden. NYPD alerted the FBI in New York.  New York tells FBI Headquarters. I mean, this was the motherload! Yet for a full month, Peter Strzok did absolutely nothing.

Running Out the Clock

Strzok and Deputy Director Andrew McCabe were running out the clock on the 2016 election. Hillary Clinton was going to win, right? And as Page had warned Strzok a few months earlier when he was set to interview Hillary, you really don’t want Clinton to have a grudge against you. Besides, Strzok was busy constructing the Trump-Russia “insurance policy.”

It wasn’t until the FBI in New York got impatient and loud (and started leaking about the computer) that Comey was finally told about the laptop. He reopened the investigation, not wanting it to come out after Hillary’s victory that the FBI had held onto potentially damaging information. He re-closed the investigation just couple days later, the weekend before the election.

Comey said nothing uncovered changed the decision not to prosecute. Duh. According to Lisa Page, then-Attorney General Loretta Lynch had already made clear the DOJ was never going to charge Hillary for her flagrant and dangerous handling of our nation’s most sensitive secrets. We also later learned that Comey’s claim the FBI looked through all the emails was less than truthful.

So the question is, if Strzok was derelict in his duty to supervise the investigation of the Weiner laptop, doesn’t that mean the investigation needs to be re-done? Can we look behind that door again? What in the world, for example, did agents cataloging the computer contents mean by “Crimes against children”?

The Gift This Christmas

It may seem we’ve gone far afield of the impeachment hearings. What does Strzok and Weiner’s computer have to do with Ukraine and Trump’s impeachment? Adam Schiff is telling us every five minutes (without a hint of irony) that this impeachment is about U.S. government power being used for political benefit. In 2016 and 2017 … in fact to this very day, U.S. government power was used, first to stymie an opposing candidate, then to seditiously sabotage the duly-elected President of the United States. And it was done with the help of friends overseas.

What’s more, Democrats and the anti-Trump forces have fought tooth and nail to keep the American people from learning the Truth.

Yet, here’s the good news. This Christmas we no longer have to sneak into the back room. The DOJ Inspector General’s report on the FBI/DOJ abuses in getting FISA warrants to spy on Trump associates — and by extension Trump himself — will be out December 9, we are told. IG Michael Horowitz will publicly testify December 11.

We also can look forward to the results of U.S. Attorney John Durham’s criminal investigation into the origins of the Russia Hoax. He’s also examining the post-election antics of Obama Administration figures and holdovers.

Imagine: Those involved in abusing their power facing justice. A day of reckoning for those who’d overthrow the will of the people. A cleaning up of the Swamp.

The Truth is so much better than a shiny new bicycle.