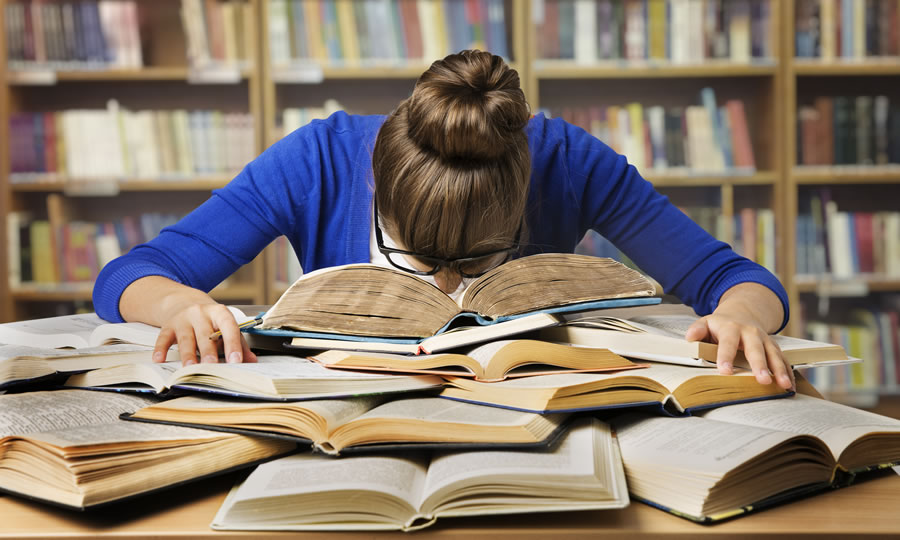 Last Sunday our church served breakfast between the two morning services, and I happened to sit with a family of four I hadn’t met before. The older son had just graduated from high school. We talked about his plans to study biomedical engineering at a large state university starting next fall.

After a few minutes, he excused himself from the table, and I turned to his parents and said, “I used to be the vice president of a national campus ministry. If you don’t mind, I’d like to offer a word of advice to you.” They nodded, so I went on, “You know, the university in general has become rather hostile to Christianity.”

They were both very visibly surprised to hear that. But it ought to be common knowledge. Here’s a small sample from The Stream’s higher education archive:

These aren’t just isolated anecdotes. And these four examples don’t even touch on the sexual immorality that’s celebrated — not just tolerated — on college campuses. Higher education is a minefield. Christians are being spiritually dismembered there.

Teaching Falsehoods About the Faith

My daughter got exactly that “instruction” from a biology professor at Miami University last year. Biology. Not history, not New Testament. This prof should have stuck to her field; no actual historian would be caught dead saying that. Jesus’ existence isn’t in doubt among academics who know what they’re talking about, and the “drug” thing is nothing but evidence-free, biased — and therefore worthless — speculative nonsense. Still her words carried weight, since she was a professor, and professors know what they’re talking about, right?

Chances are that professor could get away with saying the same thing in the faculty lounge — provided no historian was there. This is the atmosphere on campus.

A friend of mine put it perfectly over breakfast one morning. “If you wanted to create a way to take young people out of their homes, rip all their parents’ Christian values out of them, undermine and eventually destroy all their spiritual upbringing, and get the parents happily to pay for it, you couldn’t design a better answer than the University of Michigan.”

He picked Michigan because it was nearby. He could have named any other public university in the country, and even many nominally Catholic and Christian ones.

Being Wise With Your Kids’ College Experience

So what’s a parent to do?

Parents should wake up, for starters. You wouldn’t skimp on researching schools’ academics, extracurricular activities and financial aid. Why ignore the spiritual environment? Is it less important? Hardly. You can check it out by contacting a student pastor at a church near campus, or else a campus ministry there, possibly one connected to your denomination, such as Newman Centers and Focus for Catholics, or RUF for Reformed students, or campus ministries like Cru, InterVarsity or Ratio Christi. I’ll admit to being partial to Ratio Christi. It’s not as well known, but it’s the only nationwide ministry devoted to helping students understand reasons for the faith — and it’s the one where I once served as vice president.

A college student’s first two weeks could determine whether they set a course of Christian fellowship or freshman partying.

I’m not saying as a Christian you have to avoid public universities. Just make a fully informed decision about it, and be especially aware of the campus ministries at the school your child will attend. Students who get deeply involved in Christian fellowship tend to do well there.

My Advice: Get Them Off to a Good Start

Research shows the first two weeks on campus in particular can make all the difference. That’s where my advice to these parents last Sunday comes in. It’s late-stage advice: something simple to do when college is rushing up on you, and you haven’t done much other pre-college spiritual research and preparation.

If you’re in that stage, you already know that when you send your kids off to college, your role in their life will diminish. It should. They’ll be out and away from you — except for one thing. You want to make sure they start off on the right trajectory. The first two weeks could determine whether they set a course of Christian fellowship or freshman partying.

So before they go to school, help them find a church there, and work with them to make sure they’ve identified a campus ministry to attend, too. Then tell them it’s an requirement that they attend church the first two Sundays, and that they must also attend a solidly Christian on-campus fellowship the first two weeks. Tell them they need to prove to you they did that. (Remember, this is a research-based recommendation.)

Make Sure They Know You Mean It

That requirement only lasts two weeks. But make sure they know you’re serious about it. If they don’t do it, they’re not going to college at your expense.

That’s a strong statement. But parents have the right not to pay for their children’s lives in Christ to be disrupted and possibly damaged beyond recovery. So if the kids don’t get off to that good start during the first two weeks, your supply of funds will end right there. After that, they’re on their own.

For parents who still have time, I would add this: do your research well. Choose the college you’re paying for very carefully. And above all, invest the time it takes to get your child ready.

Above all, if you’re a parent, grandparent, aunt or uncle with loved ones going to college, please pray, pray and pray some more.

How to Deal With Your Atheist Professor

An Open Letter to Graduates: Part 2