Abortion: Are You Sure Enough to Shoot?

#100forLife: Abortion proponents can't do any better than, 'It's probably not murder' — which isn't good enough. 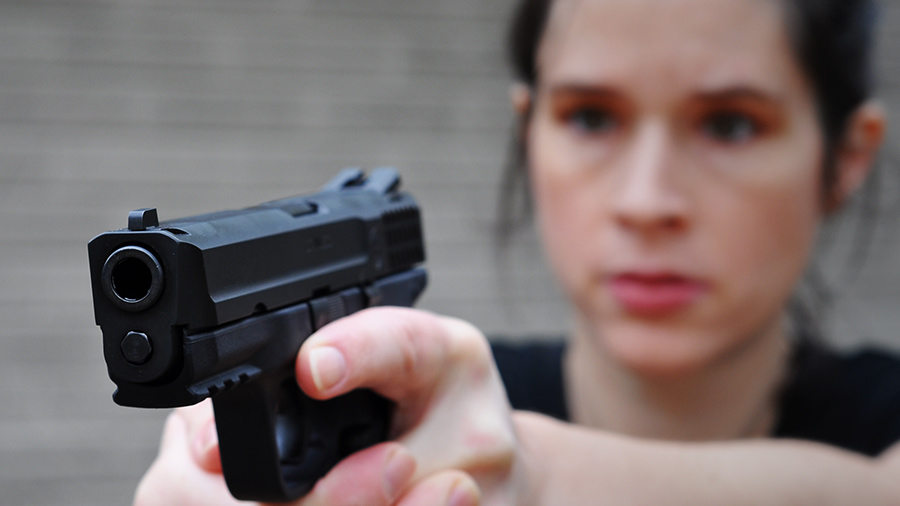 Everyone on both sides of the abortion question agrees murder is wrong. Both sides also agree that the unborn child is a distinct human organism. The one point of disagreement is whether an unborn child may have reached the stage at which he or she (or it, in their view?) has the same moral significance as other human life, such that killing the child is actually murder.

Abortion proponents say some children aren’t far enough along for that. They’d better be sure of it. Very sure.

My friend Greg Koukl puts it this way. Suppose you’re standing at the sink washing dishes. Your four-year-old son tugs at your shirt and says, “Mommy/Daddy, may I kill it?” Would you say yes? Not until you knew what “it” was. You don’t just assume it’s just a bug: it could be your son’s baby sister! (Not likely, but you get the point.)

The dilemma can be stated even more powerfully than that, though. It begins by asking how certain abortion proponents can be that the child isn’t a morally significant human being. How do they know? And how sure do they need to be?

Typically their answer to the first question is that the fetus isn’t a real person if it’s not far enough along either to feel real pain or to be viable outside the womb. Those are possible answers for those who deny a biblical approach to the question, but they’re not written in stone, and they’re not inscribed in any holy writ (if that would matter to them anyway). So the highest level of certainty abortion supporters could possibly rise to would be that their standard is probably right. But probably right isn’t good enough, and everyone knows it.

Imagine you’re at a shooting range. There’s a four-foot tall human-shaped cardboard target standing about 5 yards down the range, with black drapery hiding everything around it. The range master racks a clip of 9 mm. rounds into a pistol for you, then explains,

“There’s a little girl standing off to the side behind the black curtain. At some point during the next nine minutes, she’s going to position herself behind the cardboard target.  She might move in there while I’m handing you the gun, or she might wait until the last second. I don’t know when she’s going to go there, and neither do you.

“So go ahead. Fire when you think it’s safe.”

Would you shoot? Heavens, no! The instruction is all wrong! You wouldn’t fire just because you “think it’s safe.” You would only shoot if you knew for certain it was safe; and since you don’t know, you don’t shoot. If the range master said, “Better hurry! Odds are getting worse every second!” you wouldn’t shoot. If he said, “Hey, it’s all right, we’ve only reached the 20 second point. There’s barely a 3 percent chance you’d kill her if you pulled the trigger now,” you still wouldn’t shoot.

If you’re in a position where your actions might result in a morally significant human being’s murder, how certain is certain enough? Only 100 percent. Especially since we’re not just talking about someone else’s little girl, we’re talking about a mother’s own flesh and blood. (The scenario would be more accurate if it was your own daughter back there.)

Abortion proponents are staking their moral innocence and others’ on a standard they cannot know with 100 percent certainty is true. Yet like the range master they’re urging women to shoot. And kill. On purpose. Which is obviously wrong, given just a bit of thought.

So here’s the question. “What’s your standard for deciding whether a child has enough human value that killing them is or isn’t murder? Are you 100 percent certain you’re right? If not, then what percentage number would you put on it?”

And then, “How many seconds of holding the gun does that equal?”

Abortion or Homicide? The Schizophrenic Logic for Killing a Child

It All Comes Back to God