10 Years Later: The Global Financial Crisis Was Worse for US Than 9/11 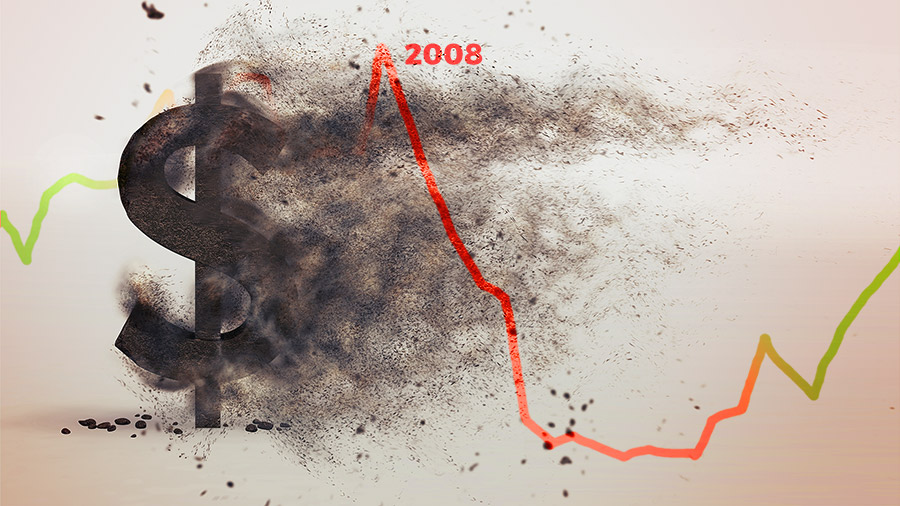 There was not a single thing in my newsfeed yesterday about the tenth anniversary of the 2008 Global Financial Crisis. That surprises me. I think it was, in its own way, bigger than 9/11.

The days following the 9/11 attacks, at least at first, brought out much of what I love about this country.

I was born in the last two weeks of the 1960s and grew up in the immediate post-Vietnam era. My grandparents, members of the “Greatest Generation,” always told me not to be misled by the divisions of the post-Watergate era. They had lived through Pearl Harbor, and, they told me, if we were ever attacked like that again, the country would come together just as it did in 1941.

Then it happened. And we did. For a while, at least.

Certainly, a lot had happened in the 60 years between Pearl Harbor and 9/11. You could see the changes in our reactions.

Everyone meant well with all those little American flags on their car antennas. But a Cub Scout could have told you all the ways it violated proper respect for the flag. And the patriotic music coming from the country stations seemed more bent on revenge than on love of God and Country.

The 2008 crash was the Berlin Wall in reverse. I don’t think capitalism’s reputation has ever fully recovered.

But again, the reactions were healthy. People wanted to come together after 9/11. However little it lasted, we all still remember it as a good thing.

But the Global Financial Crisis? More than 9/11, I think, it diminished us.

The Effect of Crony Capitalism

Liberal democracy won such smashing successes when the Berlin Wall fell that, for a few years, no critic of capitalism could even show his face in public without being laughed out of the room.

The 2008 crash was the Berlin Wall in reverse. Capitalism’s reputation has never fully recovered.

You can see the effect of those two years, 1989 and 2008, reflected in papal encyclicals. Remember St. John Paul II’s 1991 encyclical “Centesimus annus“? Even with all the qualifiers, it was the most pro-capitalist statement ever issued by the papal magisterium. But Pope Benedict XVI’s 2009 “Caritas in veritate” was clearly a step in a different direction.

2008 was the year we found out the economic system that had reigned unchallenged for 20 years had descended into a crony capitalism that cost people their homes and their life savings.

September 2008 was — who remembers anymore? — the month that started off with a bang when John McCain chose Sarah Palin as his running mate — the first time he jumped ahead of Obama in the polls — only to lose all that momentum when he freaked out over the market crash and tried to cancel the first debate. It was all downhill from there.

2008 was the year Barack Obama rode to victory on a wave of anti-capitalist sentiment. Think Occupy Wall Street, Bernie Sanders, all the young people and their candidates who now openly embrace socialism. Remember just a few years ago when they reacted with outrage if we called Obama a socialist?

2008 was the year that gave us… whatever the heck Obama was. “Socialist” wasn’t quite accurate. It may have actually been a species of fascism.

Revealing the Best and the Worst

I don’t just mean the aesthetic side (all the “Hope” iconography) or the cult of personality. And I don’t mean it as a slur for politics I don’t like. I mean “fascism” in a literal textbook definition way.

In the wake of the financial meltdown, Obama governed by “corporatism,” an arrangement where the government picks winners and losers in the private sector.

9/11, for a time, brought out the best in us. The financial crisis brought out — and exposed — the worst.

Remember the contraceptive mandate? Or telling a Lutheran school who they could count as ministers? Or the IRS trying to stamp out the Tea Party? Or the Solicitor General saying churches that oppose same-sex marriage could lose their tax-exempt status? Or telling public schools they have to let boys shower with girls?

I’ve written elsewhere how the Iraq War helped put us in that situation. But I think the other half of it was the Global Financial Meltdown.

None of the above might have come about but for the Crash of 2008.

9/11, for a time, brought out the best in us. The financial crisis brought out — and exposed — the worst. And the worst, to a very large degree, is still with us.

This Labor Day, American Workers Can Say: The Economy is Strong