10 Key Takeaways From ‘Evangelicals for Trump’ Gathering in Las Vegas

Taking advantage of a casino-friendly loophole in COVID-19 restrictions barring large church gatherings, more than 500 Trump supporters met Thursday in the lobby of a Vegas hotel. 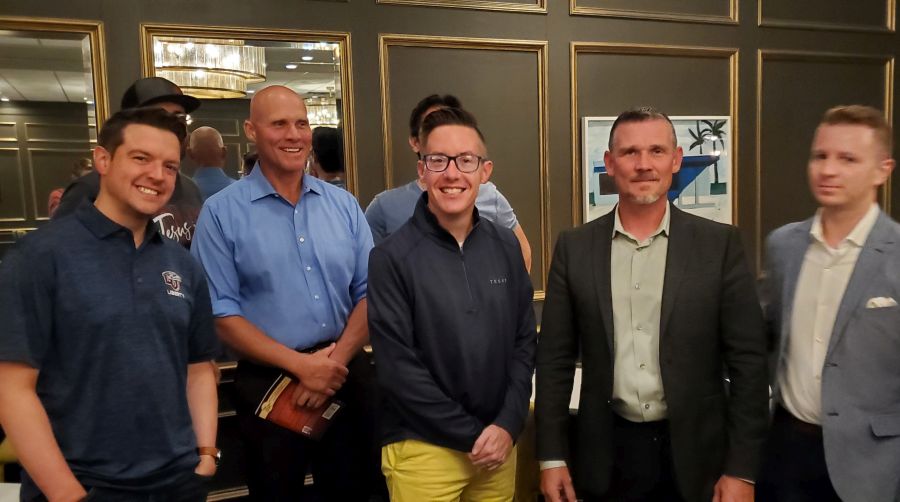 Pastor Shane with other pastors such as Malachi O'Brien and Greg Locke at #EvangelicalsForTrump in Las Vegas.

Last Thursday, I had the privilege to hear from Jack Hibbs, Paula White, Jentezen Franklin, Bishop Harry Jackson, Charlie Kirk and others at “Evangelicals for Trump” in Las Vegas.

Nevada does not allow churches to hold services or meetings with more than 50 people. So organizers went to a former casino, specifically, the lobby of Ahern Hotel and Convention Center. We were able to hold the gathering despite COVID-19 by limiting attendance below 50% of the lobby’s capacity, wearing masks —when appropriate — and getting temperature checks. (Not that city and state officials still didn’t try to stop us from meeting, even as the event was taking place. How hard to these politicians go to keep the truth from being spoken.)

More than 500 people participated, and it was quite a Vegas smorgasbord of wonderful, diverse speakers. “Our president knows how important faith is to our country,” said Pastor White. Bishop Jackson remarked that Trump was not a racist, he’s a “problem solver.” Pastor Franklin called Trump,“the most pro-life, pro-Israel, pro-Christian and pro-religious freedom president in history.” And he made a crucial point about the November election: “You’re not voting for the next four years,” he said. “You’re voting for the next 37 years.”

All told, from where I was standing, the message from Evangelicals for Trump coalesced around ten key points.

It’s Up to Us to Do Something

Some time ago, I sat speechless as I listened to a man recount his trip to a holocaust museum with his young daughter. As they walked by photos of the death camps, gas chambers, and countless bodies piled one upon another, his daughter silently contemplated the horrors that were unfolding before her eyes. When the tour ended, they drove home without saying a word. The father wondered if she truly understood the significance of the event. Was she too young to view such depravity? Was she too fragile to cope with the truth of the holocaust? Would it make a negative impact on her life? Would it leave her fearful and wounded? Would she begin to doubt God?

His questions were answered nearly two hours later when his daughter finally spoke. She looked at her father and asked, “Daddy, why didn’t someone do something?”

Will we hear those same haunting words from our children and grandchildren? Yes! If we fail to contend for what is right, we may see a time in our history when our children will ask, “Why didn’t someone do something?” Sadly, we will know the answer.