Asia Bibi was imprisoned simply for being a Christian — and all those who bear the name Christian must pray and act in solidarity. 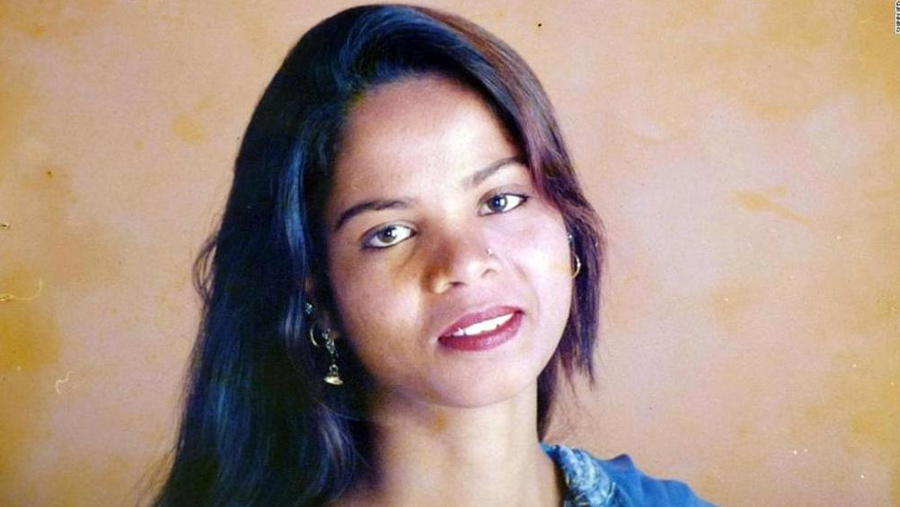 The Center for the Study of Global Christianity will soon publish its statistics for calendar year 2016. It will report that 90,000 Christians were killed for their faith.  Another source, Open Doors, puts the number significantly higher. Neither figure addresses the number of Christians who are in prison, precisely because of their profession of faith in Jesus Christ.

The attention of the world should be fixed on a prison cell in Multan, Pakistan. A faithful Christian wife and mother named Asia Bibi just spent one more Christmas away from her family. She has been on death row for seven years. Her hopes for a reprieve from Pakistan’s Supreme Court fell through in October of 2016 when one of the Justices recused himself.

Her story was the subject of a 2011 book entitled Blasphemy: A Memoir: Sentenced to Death Over a Cup of Water. Asia Bibi collaborated with French journalist Anne Isabelle Tollet and the Catholic Charity Aid to the Church in Need in telling her story. This 45-year-old woman, wife and mother was sentenced to hang by the neck until dead on November 8, 2010 for what amounted to simply being open about her Christian faith in an Islamist nation.

Asia Bibi’s husband, Ashiq Masih, along with the couple’s children, went into hiding in an undisclosed Christian enclave. He was convinced that the whole family had been targeted for death at the hands of radical Islamic groups. Asked about the events which gave rise to his wife’s death sentence he told a reporter, “She was picking berries with other women, when she was sent to get water. One of the women refused to drink the water after my wife dipped her cup into the bucket. This woman said it was contaminated because it was touched by a Christian.”

According to Masih, all the women then started taunting his wife, and shouting insults against her mother and their children. “The name of the holy prophet never came up. Five days later, the local cleric came to our house, followed by an angry mob, and dragged my wife away,” he said, recalling the incident that took place in June 2009. “They beat her, ripped off her clothes and accused her of insulting the prophet. Then they locked her up in a house until the police came to take her away.”

So, a neighborhood disagreement, which entailed the disparagement of a Christian by some hostile Muslims was used as a subterfuge to openly persecute a Christian simply because she was a Christian. She was unjustly accused, imprisoned and sentenced to death by hanging in Pakistan under the reprehensible Blasphemy Law.

One portion of the Pakistani Penal Code under which she was sentenced reads as follows:

Use of derogatory remarks, etc; in respect of the Holy Prophet. Whoever by words, either spoken or written or by visible representation, or by any imputation, innuendo, or insinuation, directly or indirectly, defiles the sacred name of the Holy Prophet Mohammed (PBUH) shall be punished with death, or imprisonment for life, and shall also be liable to fine.

The Blasphemy Law in Pakistan is an instrument of oppression with which Christians are persecuted by Islamic supremacists. The use of such Blasphemy or Religious Defamation laws to persecute Christians is not confined to Pakistan. It is an affront to the fundamental human right to religious freed recognized by freedom loving people around the world and revealed in the Natural Moral Law.

As the initial news of Asia Bibi’s plight spread through the international media, it brought almost universal condemnation. Sadly, the attention did not last. Her plight and heroic suffering for the cause of Jesus Christ have given rise to numerous petition drives but she still sits on death row seven years later!

The Pakistani Blasphemy Law used to suppress the practice of her sincerely held religious faith is unjust, immoral and must be repealed.  In the face of such an obvious attack on a Christian, simply for being a Christian, all those who bear the name Christian must pray and act in solidarity.

Like me, Asia Bibi is a Roman Catholic Christian. The Catechism of the Catholic Church puts her right to religious freedom clearly in these words:

Every human person, created in the image of God, has the natural right to be recognized as a free and responsible being. All owe to each other this duty of respect. The right to the exercise of freedom, especially in moral and religious matters, is an inalienable requirement of the dignity of the human person. This right must be recognized and protected by civil authority within the limits of the common good and public order. (CCC #1738)

On Friday, January 20, 2017, Donald J Trump will take the oath of office and be sworn in as the 45th President of the United States of America. During the campaign, Mr. Trump spoke out in defense of religious freedom as a fundamental human right. His clear, strong voice, joined with millions of Christians from across confessional lines, crying out “Free Asia Bibi,” would send the kind of message which urgently needs to be heard.

The Inspiration of Asia Bibi

Finally, all Christians should be inspired — and challenged — by the faithful and courageous witness of Asia Bibi during these seven years. She recently told a correspondent for La Stampa that she had a message she hoped to share with all those concerned for her plight, “I only wish to say that I do not feel hatred toward anyone. I do not hate those who have made me suffer over the years. I forgive everyone and I pray for those who have caused me hurt.”

Such words should sound familiar to every Christian, whether they are Protestant, Catholic or Orthodox. They reflect an admonition spoken on a mountain almost 2000 years ago, “You have heard that it was said, ‘You shall love your neighbor and hate your enemy.’ But I say to you, Love your enemies and pray for those who persecute you, so that you may be sons of your Father who is in heaven; for he makes his sun rise on the evil and on the good, and sends rain on the just and on the unjust.” (Matt. 5:43-45)