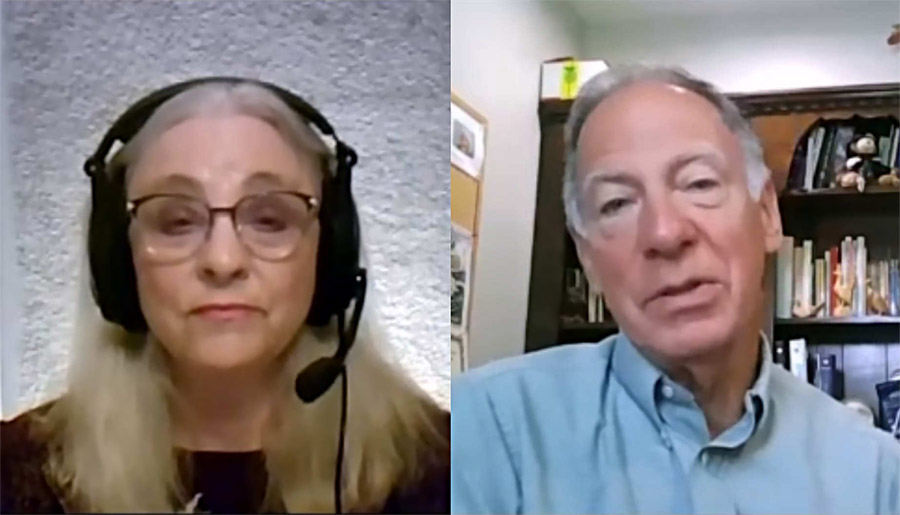 In its notification of removal, YouTube stated it “does not allow content about abortion that contradicts expert consensus from local health authorities or the World Health Organization (WHO) and poses a serious risk of bodily harm or death.”

Ironically, one of the videos revealed the corrupt process by which the Sexual State and its allies create the illusion of “scientific consensus.”

The Big Tech censors removed my interview with biologist Dr. Joel Brind about the increased risk of breast cancer following abortion. Dr. Brind has compiled years of statistical studies from around the world documenting this strong correlation.

In my interview, Dr. Brind described the 2003 National Cancer Institute meeting that is sometimes regarded as the definitive denial of any abortion breast cancer connection. That meeting systematically excluded anyone who disagreed with the pre-determined “consensus.” No one with competing views was allowed to present a paper or even ask a question from the floor.

I interviewed Dr. Brind last October for Breast Cancer Awareness Month, precisely because I wanted to get his testimony on the record.

“YouTube did not censor our opinion: they censored science,” Morse said. “By their conduct, they proved the point of all three interviews: the claim that abortion is perfectly safe cannot be defended scientifically.” She revealed:

WHO is a long-time supporter of abortion. They even endorsed China’s notorious One Child policy, which resulted in millions of forced abortions. For YouTube to put WHO, which many view as an adjunct of Beijing, in charge of censorship is both repulsive and absurd. It might as well put censorship of pro-life views in the hands of the International Planned Parenthood Federation or the National Abortion Rights Action League.

“The pro-abortion forces are running scared. They can’t take the risk of women stumbling on to our little channel with 5,000-plus subscribers and learning the truth. Whatever happened to ‘trust women’?”

“The Public Health Establishment, including WHO, has been systematically misleading the public about the health risks of abortion for decades,” Morse explained. “I hope, in light of the worldwide mishandling of recent infectious diseases, that people from across the spectrum will give a fresh look at the scientific evidence of the abortion breast cancer link. After all, if YouTube doesn’t want you to know something, you should probably look into it.”

The shows censored by YouTube may be accessed below on alternate platforms:

Morse urged, “In the future, our subscribers and supporters should look for episodes of the Dr. J. Show on Rumble, Odysee, and BitChute.”

The Ruth Institute is a global non-profit organization, leading an international interfaith coalition to defend the family and build a civilization of love.

Dr. Jennifer Roback Morse is the author of The Sexual State: How Elite Ideologies are Destroying Lives, Smart Sex — Finding Life-Long Love in a Hook Up World, and Love and Economics: It Takes a Family to Raise a Village.