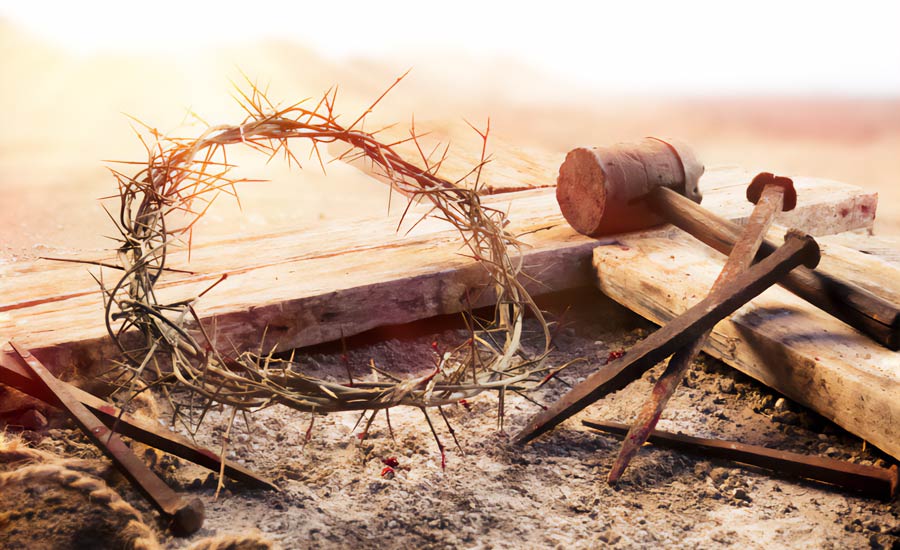 What is your greatest temptation? Perhaps you are thinking of things like speeding, shopping, snacking, or something to do with sex, but I imagine no one has thought of turning a stone into a loaf of bread, or one of the other two temptations Jesus faced in the wilderness. While the temptations Jesus faced may seem far removed from the temptations we face, when we dig in we discover that there is really one temptation here, one very subtle and dangerous temptation, one that we all face yet never think about. The fact that we never think of it makes it all the more dangerous.

So what is that one temptation that Jesus faced? What do the temptations of turning stones into bread, gaining all the kingdoms of the world, and expecting rescue from harm have in common? Each of these would take Jesus off the path of suffering, away from his calling. If Satan had said just one thing it would be “If you are the Son of God, then you don’t need to suffer.”

This is the same temptation Jesus faced later:

Then Jesus began to tell them that the Son of Man must suffer many terrible things and be rejected by the elders, the leading priests, and the teachers of religious law. He would be killed, but three days later he would rise from the dead. As he talked about this openly with his disciples, Peter took him aside and began to reprimand him for saying such things.

Jesus turned around and looked at his disciples, then reprimanded Peter. “Get away from me, Satan!” he said. “You are seeing things merely from a human point of view, not from God’s.”

Jesus called Peter “Satan,” for he was saying the same thing Satan had said earlier. You don’t need to suffer, Jesus.

Jesus faced this same temptation in the Garden of Gethsemane on the morning of his execution:

He went on a little farther and fell to the ground. He prayed that, if it were possible, the awful hour awaiting him might pass him by. “Abba, Father,” he cried out, “everything is possible for you. Please take this cup of suffering away from me. Yet I want your will to be done, not mine.”

Everything was possible, including the avoidance of suffering and death. Jesus could have called ten thousand angels in a rescue operation and so avoid execution. He could have turned that stone into bread, he could have become the king of all the world by brute force, he could have avoided all harm. Jesus was tempted to exploit the fact he was God the Son, God with us. He did the exact opposite:

Let the same mind be in you that was in Christ Jesus,
who, though he was in the form of God,
did not regard equality with God
as something to be exploited,
but emptied himself,
taking the form of a slave,
being born in human likeness.
And being found in human form,
he humbled himself
and became obedient to the point of death—
even death on a cross.

The same failure to love is often at the root of other temptations.

Humanity sunk to its worst failure in living up to the image of God when God came to us, in Jesus, and we killed him. Our failure was not just in breaking the commandment, “thou shalt not murder.” We failed to love God, miserably so. God loved us anyway and offers forgiveness, reconciliation, and relationship. God is love indeed!

We see a failure of love being played in our day. Shouldn’t “love your neighbour” also apply to nations? Where is Russia’s love for Ukraine? Where is Vladimir’s Putin’s love even for his own troops, his own people? How many Russians are losing their lives? How many Russians are losing their loved ones? Given the worldwide repercussions, how many people are now being impacted negatively by the failure of a few, to love? Before there was a temptation to pick up the sword against the Ukrainians, there was the temptation to not pick up the cross and follow Jesus.

“If any want to become my followers, let them deny themselves and take up their cross and follow me.

The greatest temptation we face is to not love, to not pick up the cross and follow Jesus in the way of the cross, the way of love.

Not Reflecting the Image of God

Jesus did not miss the mark. Jesus chose the cross when the temptation was to pick up a sword instead. We are loved. We are helped in growing into the image of God. The first fruit listed in the fruit of the Spirit is love. That is no accident!

Clarke is the pastor of Calvary Baptist in Cobourg, Ontario. He blogs at clarkedixon.wordpress.com. Originally published on Clarke’s blog. Republished with permission.

The Baby on Death Row