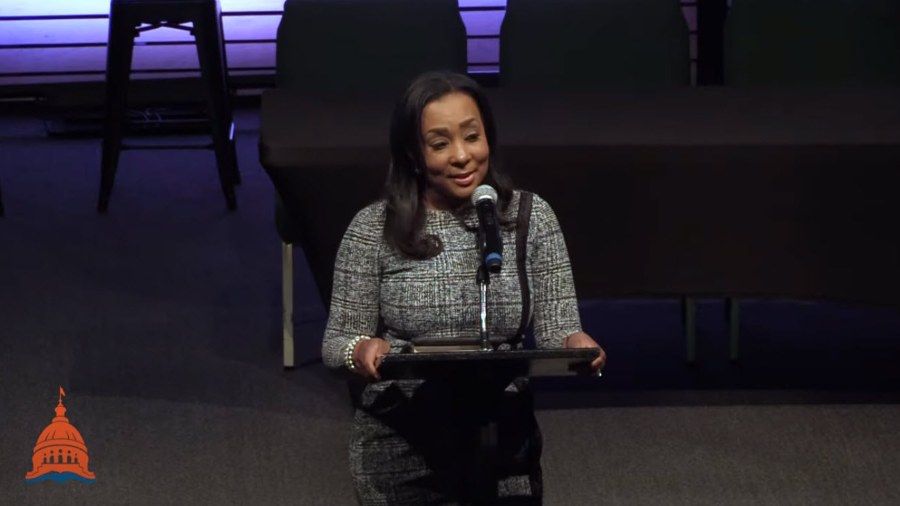 Angela Sailor was appointed to be Virginia’s director of Diversity, Equity and Inclusion, according to a press release. Youngkin also issued his tenth executive order, which designates Sailor as the Commonwealth Chief Diversity, Opportunity & Inclusion Officer as part of his cabinet.

As a black woman, Sailor has been critical of curriculum that teaches students that “America’s culture and institutions are rigged to help whites succeed, that they are victimizers if they’re white, and doomed to failure if they’re Black” which she called “the textbook definition of racism.”

Glenn Youngkin has asked all of the state's DEI employees to resign and tapped anti-critical race theory leader Angela Sailor to lead the department. In her first move, Sailor eliminated the word "equity" and replaced it with "opportunity."https://t.co/QzNY1KDGcL pic.twitter.com/zShBPQERfb

Sailor has 20 years of executive experience in government and corporate entities, more recently as vice president of The Feulner Institute at The Heritage Foundation, chief of staff to Heritage’s President Kay Coles James and public member of the Senior Foreign Service Selection Board for the United States Department of State, according to the press release.

She has also recognized the focus on equity instead of equality, which she said is a “characteristic” of Critical Race Theory that comes from the “impossible goal” of guaranteed equal outcomes, which “will inevitably result in discriminatory practices.” The word equity has been replaced with opportunity in her cabinet job title.

In his executive order, Youngkin also outlined his plans to reinvent the Office of Diversity, Equity and Inclusion.

As part of her role as Chief Diversity, Opportunity & Inclusion Officer, Sailor will expand entrepreneurship and economic opportunities for disadvantaged and disabled Virginians, bring together people of different faiths to serve their communities and “promote free speech and civil discourse in civic life, including viewpoint diversity in higher education in coordination with the Secretary of Education,” according to the release.

She will also be charged with eliminating “disparities in pre-natal care” while serving as an ambassador for unborn children and recognizing the rights of parents in educational and curricular decision making in coordination with the secretary of Education, ensuring “the teaching of Virginia’s and the United States’ history is honest, objective, and complete.”

The Office of Diversity, Equity and Inclusion was created in 2019 by Gov. Ralph Northam, but it has been unstaffed since its former chief and four staffers were asked not to continue in their roles, the Richmond Times-Dispatch reported.

Youngkin won the governorship with the help of parents who were fed up with the current administration and the state’s policies, and made it clear they wanted to see change in Virginia’s education system.

Younkin promised to ban concepts like CRT and to put parents first. His opponent, Terry McAuliffe, slipped out of favor when he claimed CRT was a “racist dog whistle” and made the assertion that he doesn’t think parents should be telling schools what they should teach.

On Saturday, after he was sworn in, Youngkin issued his first executive order that vowed to end “the use of inherently divisive concepts — including Critical Race Theory — in public education,” and his second order said it would “empower Virginia parents in their children’s education and upbringing by allowing parents to make decisions on whether their child wears a mask in school.”