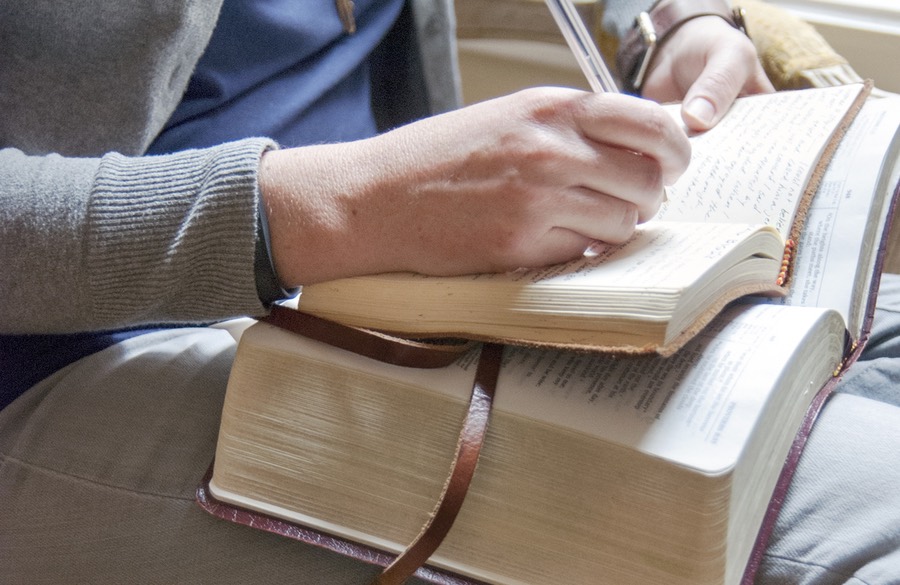 Gay activists have swapped out some verses in our Bible, and a whole lot of Bible-believing churches are taking their new version as gospel truth. Is yours?

I’m not talking about the false teaching that the Bible approves of homosexuality. This is more subtle, and more churches — including firm Bible-believing ones — have fallen for it. It’s a quiet cultural re-write: Gay activism has scratched out every passage about speaking the truth in love, and replaced it with language that says, “Speak truth, but only as long as no one gets offended.” And that, in turn, is based on gays’ new 11th commandment: “Thou shalt not offend — especially not LGBT people.”

I wish it were only a liberal church problem. It isn’t. I see it in every church that shies away from clear teaching on sexual morality.

I wish it were only a liberal church problem. It isn’t. It’s in every church that shies away from clear teaching on sexual morality because, “We want to reach people with the gospel first, then we’ll tell them.” Or: “We want to give them a positive impression of Jesus.”

I get the motivation for it, in a way. We don’t want to drive people off before they’ve had the chance to hear the good news of life in Christ. But I also get the sense we’re worried there’s something nasty going on. Not the sin, though; that’s not the nasty thing. What’s nasty is saying there’s anything wrong with it. Start talking about homosexual practice as sin, and automatically you’re a hater. Which is exactly what the new gay scriptures say. Someone’s gone and scratched Ephesians 4:15 out of our Bibles. And the new word says it’s no longer possible to speak the truth in love.

Based on discussion on Facebook and in comments, it appears some readers took this to mean gays have published a new Bible with these changes. No, I was speaking figuratively; but it’s actually more harmful than that. If it were an actual published Bible, no Bible-believing church would accept it for a moment. But if the changes are embedded in a church’s mindset — as I think they are in many places — it’s harder to recognize and reject.

But this is wrong. We need a countercultural truth instead. Jesus Himself wasn’t always so concerned with creating a “good impression.” Read John 8:42-47. How willing was He to offend? Enough to get hung on a cross for it.

The truth mattered to Jesus. “For this cause I was born,” He said, “and for this cause I have come into the world, that I should bear witness to the truth. Everyone who is of the truth hears My voice” (John 18:37). That truth included, “Neither do I condemn you; go and sin no more” (John 8:11). Sin is wrong; its effects are deadly; God calls us to put it away from us. Yet God’s call is gracious, too, and without condemnation for those who will only respond with faith in Christ. That much is true, too.

The truth matters to us. It has to, if it’s really Jesus we’re following. And just look how desperately we need the whole counsel of God on sexual morality! It wouldn’t be such a big issue if it weren’t, well, such a big issue. Gay activists ask me why Christians are so concerned with homosexuality. I laugh. We’re not the ones who made it a public obsession, with a whole month of its own. That came about by way of a decades-long gay cultural insurgency.

Inside our churches on Sunday mornings, though, it’s pretty near absolute silence on the topic. Churches don’t talk about it; they won’t talk about it. Even though this isn’t just any old sin. This one confronts every Christian everywhere, every week, almost every day — in our faces, loudly, insistently and often.

Churches Leaving Their People to Solve it On Their Own

And our churches are leaving us to figure it all out on our own. That’s not easy. The whole thing is fraught with emotion, clouded over with competing claims about Bible, psychology, family, justice, equality, and more.

It’s one thing to nod our heads and agree with the five or six key Bible passages on homosexuality. It’s quite another thing to answer the tough questions we actually confront day to day:

These questions are hard. And they’re in our face. Which is exactly why churches have got to step in and teach the truth — all of it, including the counter-cultural parts. Whatever it takes to guide our people through this morass. Which means we’ve got to read from the real Bible, the one that says it’s really possible to speak the truth in love. We’ve got to believe that’s possible. And to quit reading the gay activist version that says it can’t be done.

How To Do It (1): Relationally

If it were easy, we wouldn’t have to trust God for it. Say one word about homosexuality, and someone there is going to jump to the conclusion that you’re a hater. Pastors and teachers, we’ve got to find ways to overcome that.

One classic way to do that is relationally. A couple weeks ago I re-connected with a gay man I’ve spent many, many hours with in the past. He and I have have spoken openly; we know just how much we disagree with each other on sexual morality. Because of the hours we’ve spent together, though, we both also know that we have a genuine love for each other.

Get enough of that kind of thing going in your church, and before long you’ll get this new reaction: “Wow! I’ve always heard that only haters disagreed with homosexuality, but look at the people here. They’re not hating at all; they’re loving instead.”

Another way: Put it on paper, or on the church website. Make it available, at least. It should include a statement of what the church believes, but not without answering three additional questions:

I’m sure there are more good approaches. I only offer these as starter ideas.

However we approach it, our answers won’t come from the gay, “Thou shalt not offend” Scripture re-write. It’s time we quit believing it.