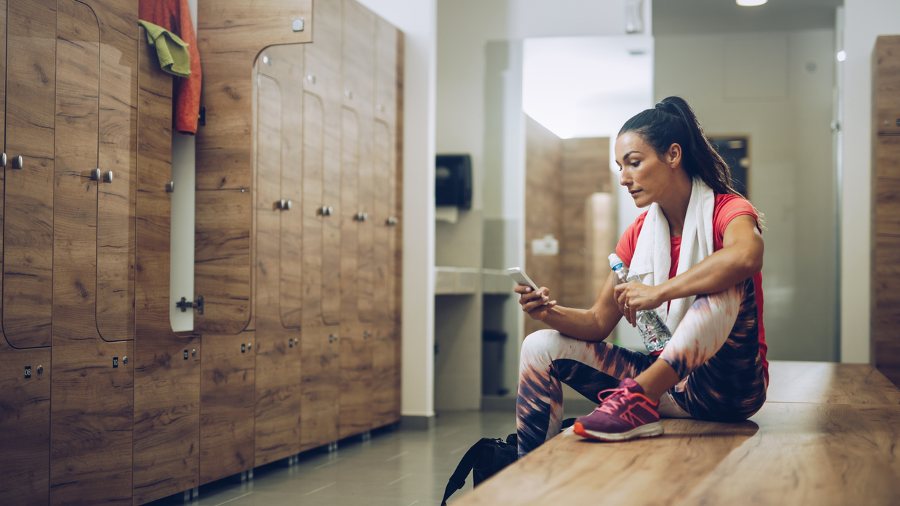 An 80-year-old woman in Port Townsend, Washington, has been permanently banned from the local YMCA for objecting to a man in a woman’s swimsuit in the ladies shower and changing rooms.

“This is an outrage,” said Ruth Institute President Dr. Jennifer Roback Morse, Ph.D. “An 80-year-old woman who has used the pool for decades gets banned from the facility while the male employee who calls himself Clementine is allowed to be in the women’s locker room with little girls.”

On July 26, while showering after a swim, Julie Jaman heard a male voice in the changing room. Although she was naked and wet, she confronted Clementine Adams, a male first-year college student and YMCA employee who says he’s a woman. Concerned for the safety of the girls, Jaman asked him to leave.

Instead, other Y employees appeared who charged Jaman with bigotry and transphobia. They tried to have her arrested. Officials at the Y ordered the elderly woman to depart and never return.

The YMCA’s official statement about the incident says: “In addition to the universal changing rooms, there are men’s and women’s locker rooms provided with private changing areas as well as showers with curtains at the pool. The Y operates in accordance with state law that gives people the right to access the locker rooms, changing rooms, and bathrooms that aligns with their gender identity, per WAC 162-32-060.”

Morse noted: “The issue is who has to give way? Ms. Jaman and little girls were in the locker room they presumed was for females only. Unbeknownst to them, this space had become a ‘universal changing room.’ Why? Because the male employee who calls himself Clementine chose to be in that space. Evidently, it is the responsibility of females to retreat to the ‘private’ areas at a moment’s notice.”

“Such incidents illustrate the power of the Sexual State at work. The YMCA operates the pool in partnership with the City of Port Townsend. The policy that banned Ms. Jaman permanently from the pool implements a Washington state statute.”

Morse charged, “There is literally no grassroots demand for men who say they are women being allowed in women’s locker rooms. When Jaman testified at the City Council, she received thunderous applause. At the same time, trans activists came in from out of town to prop up the fiction that ‘trans women are women.'”

The Distance, a Substack page of LGB United drolly reported, “By the time Julie spoke at city hall, someone had driven three hours round trip from Sequim to complain that Julie was being hateful when she, you know, recognized reality.”

Morse concluded, “Sexual Revolutionaries use the power of the State and the megaphone of the media to punish anyone who disagrees with their inhuman, irrational agenda. We at the Ruth Institute applaud Ms. Jaman. We urge her and her supporters to stay the course and continue the fight for sane public policies.”

Dr. Alveda King, niece of Rev. Dr. Martin Luther King, is the founder of Speak for Life, fighting for the sanctity and dignity of all life — from the womb to the tomb. She currently serves as a FoxNews contributor and host of the FoxNation show Alveda King’s House. Dr. King is a former college professor, served in the Georgia State House of Representatives, is a former presidential appointee, and 2021 recipient of the Presidential Lifetime Achievement Award.

Listen as Dr. King shares her story of loss and redemption, which lead her to become a pioneer in the pro-life movement. Learn how the truth about Margaret Sanger and Planned Parenthood’s eugenicist policies toward African Americans came to light. Hear Dr. King’s plan for helping pregnant women and couples going forward now that Roe v. Wade has been overturned.

Listen as Dr. King explains the genesis of family breakdown and the erosion of traditional sexual ethics. Learn also about the many activities Dr. King is involved in now.

YouTube removed three episodes of the Dr. J Show, the Institute’s weekly podcast, that dealt with the abortion/breast cancer (ABC) link. One interview was with Dr. Joel Brind, a biologist who has spent decades compiling studies on the link.

YouTube’s excuse was that these scientific findings ran counter to the official position of the World Health Organization, causing Morse to remark, “Science is being manipulated and weaponized.”

When asked by Green why it took YouTube almost a year to remove the videos, Morse replied that the Sexual State “has become more aggressive about abortion after the Dobbs decision, and more committed to the idea that if abortion is legal, it will always be safe.”

Morse said WHO and some national health organizations have become a “global oligarchy which, with the aid of Big Tech, deals with dissent by censoring it.”

The FOX interview also discussed other aspects of the Sexual Revolution, including the effects of delayed childbearing, the impact of divorce on children, casual sex, and the hook-up culture.

Morse said: “We’re grateful for the opportunity FOX News Lighthouse Faith gave us to make its listeners aware of how far YouTube will go to suppress information that does not fit its abortion narrative.”

The shows censored by YouTube may be accessed below on alternate platforms:

Nothing Left to Give: Coping with Survivor Burnout

I know I am a survivor. As a 1980s teenager, I engaged in punk, drugs, and sex, but always felt there was something wrong. I have been married twice, have had an abortion, have a blended family, and now my eldest says he is transgender and hasn’t spoken to me in over a year. My second husband and father of my youngest children has a serious drinking problem. I just cannot bring myself to divorce, but life is so messy. I have serious survivor fatigue. What can I do to bring healing to our fragile family? I returned to the Church in 2008 and am really the only family member in an active relationship with the Lord. It feels as if certain things can’t be healed. What can I do?

A comment I hear frequently from survivors and loved ones is, “I feel like I have nothing left to give.” Obviously, I don’t know all the details of this reader’s situation, but it certainly sounds as if she is running on empty. She might be feeling as if she has nothing left to give. The very task of surviving from physical, emotional, and spiritual traumas is very difficult. Survivors use a lot of energy up just to function as normally as possible every single day. As a result, we feel emotional and physical fatigue. Caring for others (as this reader is) who are dealing with other issues adds to the fatigue. Any of this can lead to survivor burnout.

What is Survivor Burnout? Keep reading.