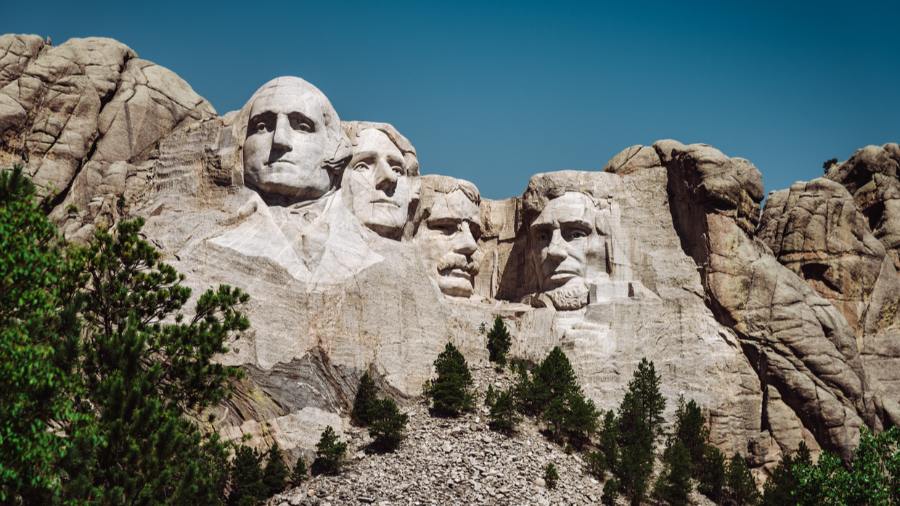 Just in time for Presidents’ Day came the announcement from the school board of San Francisco that they are renaming 44 of their public schools (about one-third of the total) in order to conform to today’s politically correct standards.

Among the names on the way out the door are George Washington, Thomas Jefferson, and Abraham Lincoln. The reputation of these former heroes is being sullied.

But the revolution always consumes its own. So even the school named after leftist Senator Dianne Feinstein, who is still living, will have her name stripped off of it. Apparently, this is a punishment for something she had done before she even served in the U.S. Senate.

To today’s woke crowd, America is so hopelessly flawed that we need to purge the past to forge a progressive future.

You would think by the left’s standards of right and wrong, only perfect people should have their statues and legacies remain intact. But during America’s cultural purge of 2020, even statues of Jesus — the only perfect person who ever lived — were desecrated.

Consider the case of the three former presidents who will now be unceremoniously dumped by the nation’s seventh largest school district —Washington, Jefferson, and Lincoln.

Why did previous generations look up to our first president under the Constitution? Without the active participation and personal sacrifice of George Washington, we would not have America, at least not as founded.

Before Washington became our first president, he presided over the Constitutional Convention. Before that, he was the nation’s Commander-in-Chief, and helped lead an army of ill-equipped farmers and merchants to defeat the world’s largest army and navy at the time. Washington gave God the credit for the victory.

Washington was born into a society where for four generations, they owned slaves. By the time he died, Washington did the best he could to cut ties with that awful tradition. He freed the slaves he had inherited (at birth and from his marriage).

Like Thomas Jefferson, Washington helped pass the “Fairfax Resolves.” This 1774 measure was a move of the Virginia House of Burgesses. The goal was to cut off the slave trade to Virginia. It could have been a first major step to ending slavery in that colony. But it never went into effect because King George III stopped it.

This was before the successful crusade against slavery (first the slave trade, then slavery itself) in the entire British Empire that the long-time Member of Parliament William Wilberforce led. It was his Christian faith that motivated him to do this, and it took him about half a century.

Our third president, Thomas Jefferson, was also a slaveholder. I think it would be fair to say that Jefferson knew slavery was wrong and needed to be uprooted, but found that unrealistic to achieve in his lifetime. Nonetheless, the framework he helped create — wherein they stated that all men are created equal and endowed by our Creator with rights that government should not take away — would one day allow for the removal of slavery.

When it comes to the slavery issue, Abraham Lincoln played a pivotal role in the slaves ultimately getting freed. But the elites want his name removed because at one point, the 16th president called for the execution of some violent Indian chiefs. (The authorities wanted 300 of the Indian leaders hanged. Lincoln whittled that down to 38.)

Using Race as a Bludgeon

To today’s woke crowd, America is so hopelessly flawed that we need to purge the past to forge a progressive future.

I spoke recently with Bob Woodson, a veteran of the civil rights movement. He has organized “1776 Unites,” a group of historians to counter the misleading 1619 Project of The New York Times, which postulates that America’s real birth was the year African slaves were first imported to British North America.

Woodson told me: “They’re really attacking anybody that has a foundation of Judeo-Christian values. It’s really a war against faith, that’s what it is.”

He added, “I would not be surprised if they went after Dr. [Martin Luther] King because of his Christian faith. You have got to understand this has nothing to do with race. It has everything to do with using race as a bludgeon to try to destroy civic institutions in America.”

In short, notes Woodson: “They are trying to define America by its birth defect of slavery and Jim Crow, and our counter is that no individual or nation should be judged by the worst of what they used to be.”

In times past (and even in the present for tens of millions of Americans), Washington, Jefferson, and Lincoln were (and are) great, if imperfect, heroes. They sacrificed much for the good of the country, and we enjoy much liberty because of their commitment. They are yesterday’s heroes, but today’s villains — at least among the Marxist ruling class. Hopefully, more Americans will see through this politically correct revisionism — and pass on to posterity an appreciation of our national heritage.