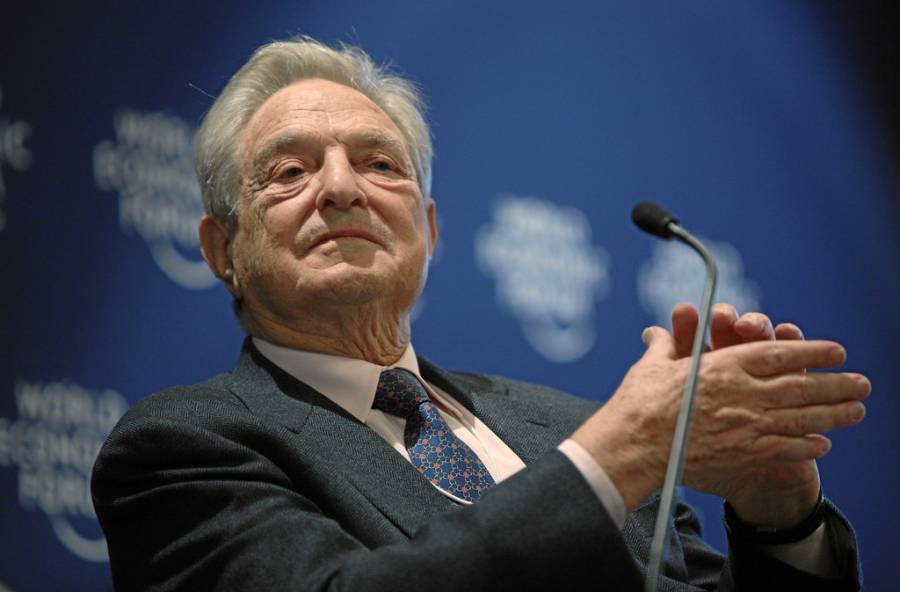 Wednesday’s commentary on the link between all four members of “The Squad” –- featured this week in a horrifying press conference  –- and a radical leftist organization called Justice Democrats sparked a huge number of letters, many of which asked the question, “Is George Soros funding Justice Democrats?” We were tempted to simply answer, “OF COURSE he is!” but, unlike the FBI, we don’t like to print material that hasn’t been verified.

So we went looking. We found a few sites that had been dedicated to Soros-related topics but that were no longer online, no doubt because they were thought to deal with fringe conspiracy theories and were taken down. But then we found some solid information from the Daily Caller News Foundation dating from about a year ago.

“Members linked to Soros-funded digital media asked Ocasio-Cortez to run for office,” the report states, “which guarantees she would get favorable news coverage by a media network that reaches almost 300 million people monthly.” Well, we know it was Justice Democrats that recruited her to run for office, so this suggests a strong connection.

The report goes on to confirm that connection, saying that “one member of the Soros-funded media, Cenk Uygur, also founded one of the two political groups responsible for asking Ocasio-Cortez to run, Justice Democrats, whose goal is to get Sanders-like politicians elected to Congress.” Sanders, as in socialist.  (Our understanding is that Uygur is no longer officially with JD, due to some #MeToo issues regarding his treatment of women in the workplace.)

The DCNF story also links favorable news coverage by “Soros-linked digital media” to AOC’s win in the Democratic primary, which, of course, meant an automatic win in the heavily Democratic district. The other organization mentioned in this report, Brand New Congress, had essentially the same people involved.

According to the Media Research Center, “[George] Soros funds nearly every major left-wing media source in the United States. Forty-five of those are financed through his support of the Media Consortium…The list is predictable — everything from Alternet to the Young Turks.” The Young Turks is Cenk Uygur’s YouTube channel, so that must be the “Soros-linked digital media” mentioned by DCNF.

So, there you go. Is George Soros involved? OF COURSE he is!

Here’s the full report from the Media Research Center on Soros’ media empire. It mentions the Young Turks and Cenk Uygur, founder of Justice Democrats. This will curl your hair.