Yes, Elisjsha Dicken Is a Good Samaritan — and He Deserves a Medal

Law enforcement praised the 22-year-old man for heroically using his own firearm to stop a gunman who had already killed three people at an Indiana mall. 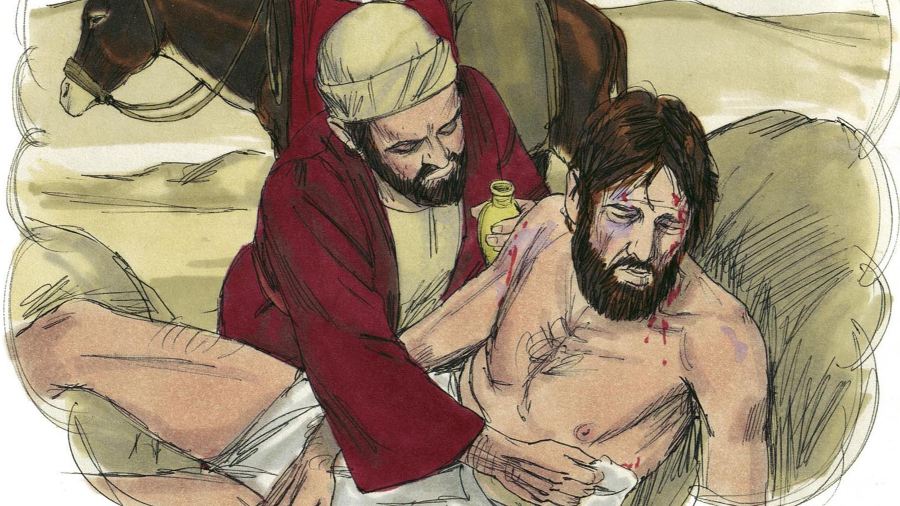 On Sunday evening — July 17, 2022 — at the Greenwood Park Mall in Indiana, a gunman opened fire in a food court. He killed three people and wounded two others. He might have murdered many more but for the quick work of a man named Elisjsha Dicken, who pulled out his own gun and blew away the assailant.

Dicken, who was legally carrying a firearm under the state’s constitutional carry law, was hailed as a “Good Samaritan” for saving lives. The next day, the Greenwood police chief added, “Many more people would have died last night if not for the responsible armed citizen.”

The Samaritan is judged “good” because when he came upon a man who was beaten and robbed, he chose of his own free will to help the injured man with his own resources.

The term, ‘Good Samaritan’ came from a Bible passage of a man from Samaria who stopped on the side of the road to help a man who was injured and ignored. I cannot believe we live in a world where the term can equally apply to someone killing someone.

Why Was The Samaritan ‘Good’?

Who is correct here, the police chief or the reporter? A related question is, Did Jesus support self-defense, or the taking of a guilty life to save the lives of innocents?

In Chapter 10 of the Book of Luke in the New Testament, Jesus tells his parable of the Good Samaritan. The Samaritan is judged “good” because when he came upon a man who was beaten and robbed, he chose of his own free will to help the injured man with his own resources. As I wrote in my 2020 book, Was Jesus a Socialist?, if the Samaritan had ignored the man or expected the government to help him, we would likely know him today as the “Good-for-Nothing” Samaritan.

The Good Samaritan in Jesus’ parable did not commit a violent act himself. The injured man’s assailants were presumably long gone. He stepped in to assist the assailed. So strictly speaking, the Greenwood police chief’s reference was not entirely analogous to Elisjsha Dicken’s action in taking down the shooter at the shopping mall.

For centuries, many people have employed the term “Good Samaritan” to describe anyone who isn’t compelled to come to the aid of the innocent but takes the initiative to do so anyway. A Good Samaritan takes charge of a bad situation, improves it as best he can, and prevents further harm. That is exactly what Elisjsha Dicken did in Greenwood.

What Would Jesus Do?

Undoubtedly, the critical reporter in this instance is a person of good intent. He can’t imagine Jesus endorsing Dicken’s action because Jesus was a man of peace. He might even cite Matthew, chapter five, in which Jesus urges us to “turn the other cheek” if someone insults us or physically slaps us in the face.

“The question of rendering insult for insult, however, is a far cry from defending oneself against a mugger or a rapist,” writes Lars Larson in “Does Jesus Christ Support Self-Defense?”. To “turn the other cheek” means to refrain from a needless escalation of a problematic situation. Elisjsha Dicken did not escalate anything; in fact, he dramatically and decisively de-escalated it in the only possible way, given the circumstances.

The reporter likely shares the widely-held, radically pacifist or “namby-pamby” view of Jesus — the view that he would never endorse an act of violence for any purpose, even if it’s necessary to save lives. It implies that Elisjsha Dicken should have run for cover and allowed the Greenwood shooter to kill another dozen or two people. That’s wrong, if not downright blasphemous.

When Jesus dined at The Last Supper, he gave his disciples specific instructions, including this one (Luke 22:36):

He said to them, ‘But now if you have a purse, take it, and also a bag; and if you don’t have a sword, sell your cloak and buy one.’

Note that he did not advise anyone, then or at any other time, to stand idly by and allow wanton slaughter of innocents. And he offered support for the threat of force to prevent the theft of property as well. In Luke 11:21, Jesus said:

When a strong man, fully armed, guards his own house, his possessions are safe. But when someone stronger attacks and overpowers him, he takes away the armor in which the man trusted, and divides up his plunder.

This is the same Jesus who, in Luke 12:39, says, “If the owner of the house had known at what hour the thief was coming, he would not have let his house be broken into.” It’s the same Jesus who never criticized anyone for possessing a lethal weapon such as a sword, though he certainly condemned the initiation of force or the impetuous and unnecessary use of it.

In Jesus, Guns and Self-Defense: What Does the Bible Say?, Gary DeMar maintains that:

Being armed and willing to defend ourselves, our family, and our neighbors is not being unchristian or even unloving. Self-defense can go a long way to protect the innocent from people who are intent on murder for whatever reason.

An Uninformed Dig at Christianity

The Greenwood reporter’s errant perspective is not untypical of people who think they know Jesus and Christianity but spend more time criticizing them than learning about them. I see evidence of this all the time, most recently from a speaker at an April 2022 conference in Prague, Czech Republic.

“When it comes to the source of individual rights,” the speaker pontificated with misplaced confidence, “there are only three possibilities.” One, he said, is a Creator (God), which he summarily dismissed as a ridiculous, untenable proposition. The second is government, which he ruled out as equally ridiculous and untenable. The only logical option, he said, was “nature” — something which he suggested evolved out of nothing from nobody. As I listened with the largely student audience, I thought to myself, “This supposed expert hasn’t even considered a fourth option, namely, a combination of the first and third — which is to say that God, as the author of nature, is in fact the author of individual rights as well.”

In The Life and Death Debate: Moral Issues of Our Time, Christian theologians Norman Geisler and J.P. Moreland write:

To permit murder when one could have prevented it is morally wrong. To allow a rape when one could have hindered it is evil. To watch an act of cruelty to children without trying to intervene is morally inexcusable. In brief, not resisting evil is an evil of omission, and an evil of omission can be just as evil as an evil of commission. Any man who refuses to protect his wife and children against a violent intruder fails them morally.

When Elisjsha Dicken pulled out his gun to stop a shooting spree, he had every reason to believe he might attract the shooter’s aim and be killed himself. Fortunately, he was not, and he is among the living whose lives he saved.

If Elisjsha Dicken had been killed, the rest of us could at least take comfort in the words of Jesus as quoted in John 15:13. Greater love has no one than this: to lay down one’s life for one’s friends.

Elisjsha Dicken is not only a Good Samaritan. He’s a very good one. Give him a medal.

When Christians Have a Contagious Faith