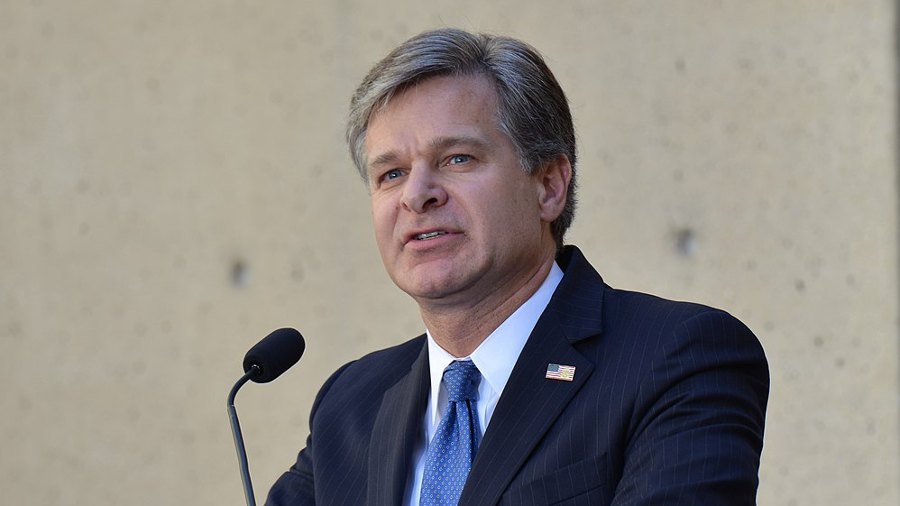 Just wondering: Why was Nancy Pelosi going to Taiwan in the first place?

It’s not as if Democrats were standing shoulder-to-shoulder with Taiwan against China in their quest to remain free. But suddenly House Speaker Pelosi was intent on kicking the ant bed by going there. It makes no sense, and remember, class: when something makes no sense, it means there’s something we don’t know.

The CCP Can Smell the Fear

As we continue contemplating that mystery, Peter Schweizer, bestselling author of RED-HANDED and president of the Government Accountability Institute, appeared Sunday on Life, Liberty & Levin to discuss our current relationship with the CCP.

“The Communist Chinese must not feel really threatened by Joe Biden because now they’re dictating who can and cannot…visit Taiwan,” said Mark Levin.

Schweizer said our political class “basically have capitulated” in the power struggle with Beijing. They threaten us militarily, and it sets a terrible precedent for us now to say, “Hey, we don’t think a trip like this would be a good idea.”

Schweizer observed that we probably wouldn’t be seeing this from China if Ronald Reagan or (even) John F. Kennedy — or Donald Trump, for that matter — were in the White House. With Biden, they can smell the fear.

“They know they have this commercial tie with the Biden family and it gives them leverage.” Schweizer refers to Hunter Biden’s connection to an investment firm, controlled by the CCP, that was actively acquiring mineral assets in Africa to take them away from western mineral companies. This administration, he said, is “aiding and abetting” what Beijing is doing. “No question Beijing is emboldened,” he said. “And, frankly, they have reason to be.”

Add Schweizer’s name to the list of observers (including me) who want a special counsel to investigate Hunter. “You cannot trust the ‘Justice’ Department,” he said, “whose senior officials are appointed by the President, to actually investigate the President’s family. You need to have an independent counsel not only to look into the criminal allegations here…but the American public needs to have…an accounting of what was uncovered. That’s true even if the statute of limitations has passed. The American public still needs to know the financial entanglements of the First Family with our chief rival on the global stage, which is Beijing.”

A grand jury or DOJ investigation is not going to dive into that, which Schweizer calls “a grave miscarriage.” Their scope is too narrow: “They’re focusing on very specific issues rather than the broader question of, ‘Is this family compromised?’” But since the Biden family apparently received $31 million from Chinese businessmen “with direct links to the highest levels of Chinese intelligence,” how could they not be compromised? This is unacceptable, and I contend it would’ve been similarly unacceptable to voters if they’d learned about it before the 2020 election. They were duped by the FBI and the media.

Speaking of the FBI’s handling — well, mishandling — of the Hunter Biden case, Iowa Sen. Chuck Grassley, who authored the recent letter to Attorney General Merrick Garland and FBI Director Christopher Wray, appeared on Trey Gowdy’s Sunday show to talk about what he learned from FBI whistleblowers. If you read my newsletter last week, you know all about the FBI’s deep-sixing of the laptop by two very partisan agents, Brian Auten and Tim Thibault, who falsely labeled it “Russian disinformation.” (Auten, as we reported, was also instrumental in getting warrants for the FBI’s earlier “Crossfire Hurricane” investigation.) Thibault, Sen. Grassley explained, was making decisions about which investigations to pursue and which ones to close. Guess which category the Hunter Biden laptop fell into?

Director Wray has been called before the Senate Judiciary Committee this Thursday. This won’t be like Nancy Pelosi’s sham J6 committee, so Republicans will actually be able to question Wray. “He’s going to get a lot of questions about this,” Grassley promised. He’ll be pressured to explain his “concrete program” to make the cultural changes needed at the FBI, so that “none of this political bias ever happens again,” though I would add that if Wray had a plan, he would have implemented it by now. And sure enough, Grassley said he waited “six or seven months” just for a phone call with Wray, which came only after Grassley had issued a press release about his findings regarding Thibault.

Grassley did give Wray tentative credit for moving Thibault out of the responsibility of determining which cases go forward, and said Thibault is also “presumably” being investigated for violating the Hatch Act (electioneering). Too little, too late, I’d say. We don’t know where he was reassigned or what he’s doing now.

For more on Sen. Grassley’s discovery of the FBI’s method for hiding the Biden laptop story, Andrew C. McCarthy has a must-read piece. It was in 2019 that Grassley and Wisconsin Sen. Ron Johnson first started looking into the Biden family business of profiting from Joe’s political influence. McCarthy points out that by then, “the Justice Department and FBI had been on to Hunter’s shenanigans for over a year…long before the laptop’s existence emerged.”

McCarthy details how the Biden family was lavishly compensated by CEFC, the Chinese energy conglomerate that was acting as an agent of the Chinese Communist Party. “If the FBI didn’t know about the Bidens and the Chinese regime,” he writes, “then we should be asking why we’re plowing billions of dollars into the foreign-counterintelligence budget.” But, of course, they did know.

McCarthy points out that even if dedicated case agents work to follow the evidence and uncover this corruption, they can’t be sure their “political hack bosses” won’t undermine their effort. Those agents must feel like the cops who arrests the bad guys, only to see them no-bailed and released from jail over and over. Why even try?

We saw in the Durham trial against Michael Sussmann that when Democrats want to get their preferred narrative out before an election, they just call their friends at the FBI. Sussmann even had his own security badge that let him walk right in.

So now, we have virulent anti-Trump FBI agents Auten and Thibault. McCarthy offers more details and also reviews the allegations in Sen. Grassley’s letter. I think we’ve learned from this that when the Democrats need help within seconds, the FBI is…seconds away! Just pick up the phone.

Let’s face it, McCarthy says. The FBI has been investigated numerous times for its political bias, misconduct and abuse of power, and nothing ever happens to reform it. So he has an intriguing suggestion: reassign the FBI’s foreign-counterintelligence mission to another agency that is “strictly an intelligence service with no police responsibilities.” Take the FBI completely out of areas that are classified, restricting them to law enforcement only. And make them operate in the open. This is the first I’ve heard of this plan, and it’s already growing on me.