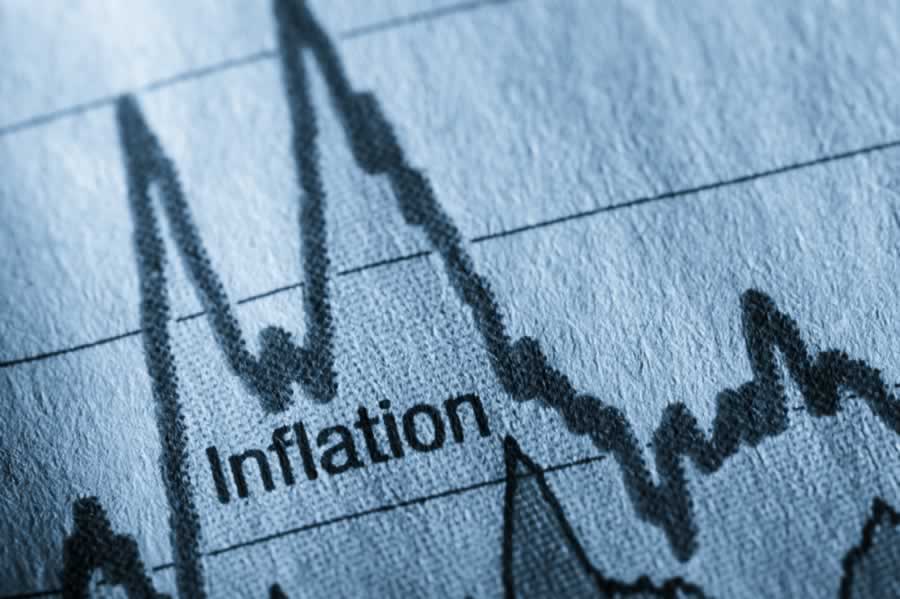 U.S. senators need to forgo the posh Capitol dining rooms and go food shopping in the shoes of ordinary Americans. Shoppers are panicking at the meat counter, where beef prices are up more than 20%. Nearly everything in the basket costs more.

Most pols are clueless about the pain inflation is causing.

Retirees are the biggest victims. Inflation is decimating them. With interest rates near zero, retirees are watching the purchasing power of the money they have in the bank literally shrink. They’re getting punished for their years of thrift, prudence and self-reliance.

For the 65-and-up crowd, it’s a double whammy — the brutal impact of COVID and then inflation. Three-quarters of Americans who died from COVID were in that age group. Now the survivors are getting whacked with price hikes on everything from home heating oil to groceries. In Maine, where my twin brother lives, fuel to heat homes is up by as much as 50%.

To understand the inflation spike, consider this amazing fact: One-fifth of all dollars in circulation have been created since February 2020. Congress spent excessively on COVID-related benefits using borrowed money, and the Federal Reserve purchased the debt created and flooded the nation with more dollars.

The result: too many dollars chasing too few goods.

Everywhere, retirees are being forced to re-plan how they live out their final years because their savings pay for less.

Social Security is raising benefits with a 5.9% cost-of-living adjustment — the highest in decades but not enough to offset price hikes.

Inflation’s other victims are wage earners. Wages went up over the last year but less than inflation for most workers. Wages will buy less this Christmas.

Bidenflation and What That Means for Consumers

President Joe Biden campaigned on a promise never to raise taxes except on the rich. But the Bidenflation raging now is the cruelest tax of all.

Dec. 10’s Consumer Price Index put inflation at 6.8%, the highest since 1982, but even that likely understates it: CPI critics point out that single family rental costs are up 17% nationwide this year. It’s worse in Manhattan, where median rents are up 20%.

Even so, Biden and Senate Democrats are trying to ram through the Build Back Better Act before Christmas, ignoring warnings that it will make prices soar higher still because that’s what deficit spending does.

In fact, not passing the bill will go a long way toward calming inflation expectations and in the process avert widespread demands for wage hikes that could trigger a wage-price inflation spiral. Organized labor is already demanding quarterly cost-of-living adjustments and higher wage rates because of inflation.

But Democrats want to pass what they claim is “transformative” legislation. It’s not about helping the people who work, save and take care of themselves. It’s about politics and buying votes with new government giveaways before the 2022 midterm elections.

Some Democrats Push Back

Sen. Joe Manchin (D-West Virginia) appears to get it. His state has one of the oldest populations, and he says they’re feeling the brunt of price hikes, including at the Dollar Store. Dollar Store Inc. announced that products it has sold for $1 for more than 30 years will be priced at $1.25.

Manchin repeated his concerns Monday when asked if he would capitulate to pressure from his party to support Build Back Better. In a 50-50 divided Senate, the bill can’t pass without his vote.

Manchin responded, “Inflation is real. It’s not transitory. It’s alarming. It’s going up, not down. And I think that’s something we should be concerned about.”

The Public Isn’t Buying the Propaganda

The White House is churning out endorsements for Build Back Better from partisan economists, but the public isn’t buying the propaganda. A staggering 69% of Americans disapprove of Biden’s handling of inflation, including 71% of independents, according to an ABC/Ipsos poll published Dec. 12.

As long as prices keep going up, count on Democrats to go down in defeat in the midterm elections.