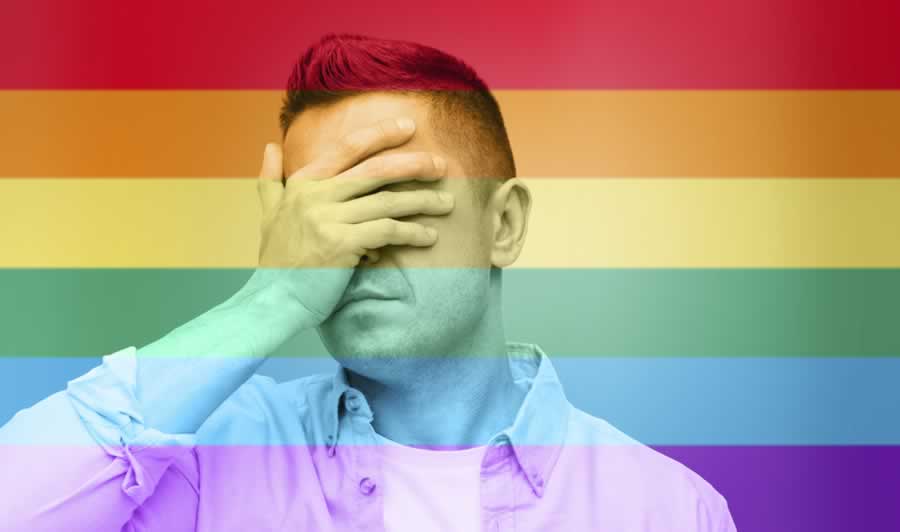 Many Americans are unaware of the serious problems that face transgender persons.

For instance, a 2016 study comparing 20 Lebanese transgender participants to 20 control subjects reported that transgender individuals suffer from more psychiatric pathologies compared to the general population. More than 50 percent had active suicidal thoughts and 45 percent had had a major depressive episode.

While it may not be politically correct to link psychological disorders with the transgender population, the researchers see the evidence that a link exists. As a former transgender person, I wish the guy who approved me for gender surgery would have told me about the risks.

The experience of many gender-confused individuals is that medical professionals are quick to reach a diagnosis of gender dysphoria and recommend immediate cross-gender hormone therapy and irreversible reassignment surgery without investigating and treating the coexisting issues. Research has found that powerful psychological issues, such as anxiety disorder, post-traumatic stress disorder, or alcohol or drug dependence often accompany gender dysphoria.

A study published in JAMA Pediatrics in March 2016 shows a high prevalence of psychiatric diagnoses in a sample of 298 young transgender women aged 16 through 29 years old.

More than 40 percent had coexisting mental health or substance dependence diagnoses. One in five had two or more psychiatric diagnoses. The most commonly occurring disorders were major depressive episodes and non-alcohol psychoactive substance use dependence.

Yet, transgender individuals are never required to undergo any objective test to prove their gender dysphoria — because no diagnostic objective test exists.

The cause of this condition can’t be verified through lab results, a brain scan, or review of the DNA makeup.

Research studies from 2013 and 2009 looking for a “transgender gene” showed not a smidgeon of abnormality in the genetic makeup that causes someone to be transgender.

No alterations in the main sex-determining genes in male-to-female transsexual individuals were found, suggesting strongly that male-born transgender persons are normal males biologically.

The study concluded that improved access to medical and psychological care “are urgently needed to address mental health and substance dependence disorders in this population.”

It did not conclude that improved access to bathrooms, hormones or surgery are urgently needed.

A 2015 study of 118 individuals diagnosed with gender dysphoria found that 29.6 percent were also found to have dissociative disorders and a high prevalence of lifetime major depressive episodes (45.8 percent), suicide attempts (21.2 percent) and childhood trauma (45.8 percent).

It also remarked that differentiating between a diagnosis of dissociative disorder and gender dysphoria is difficult because the two can closely resemble each other.

Another study found a “surprisingly high prevalence of emotional maltreatment” in the 41 transsexuals studied. It called for further investigation to clarify the effects of traumatic childhood experiences and the correlation between transsexualism and dissociative identity.

That finding tracks with what I experienced in my transgender life. In my life and in the lives of those whose families contact me, traumatic childhood experiences are present 100 percent of the time.

One area where medical professionals should tread lightly is in the diagnosis and treatment of children who have gender identity issues.

A 2015 study aimed to gather input from pediatric endocrinologists, psychologists, psychiatrists and ethicists — both those in favor and those opposed to early treatment — to further the ethical debate.

The results showed no consensus on many basic topics of childhood gender dysphoria and insufficient research to support any recommendations for childhood treatments, including the currently published guidelines that recommend suppressing puberty with drugs until age 16, after which cross-sex hormones may be given.

An analysis of the 38 youth referrals for gender dysphoria to the Pediatric Endocrinology Clinic at the University School of Medicine in Indianapolis showed that more than half had psychiatric and/or developmental comorbidities.

Without sufficient research and consensus on treatment of children diagnosed with gender dysphoria, and knowing over half have coexisting disorders, any invasive treatment, even if recommended by the current guidelines, is simply an experiment.

Transgender individuals need psychotherapy not access to cross-sex restrooms, showers and dressing areas. Blaming society for the ills of transgender persons will not improve their diagnosis and treatment.

Reckless disregard for the mental disorders in favor of enforcing preferred pronouns is madness. It’s time to show compassion by telling the truth and stop pretending they are born that way.

True compassion is acknowledging the mental disorders and providing effective, sound treatment in an effort to slow the staggering number of suicides, before rushing to perform irreversible surgeries.

Walt Heyer is an author and public speaker. Through his website, SexChangeRegret.com, and his blog, WaltHeyer.com, Heyer raises public awareness about those who regret gender change and the tragic consequences suffered as a result.