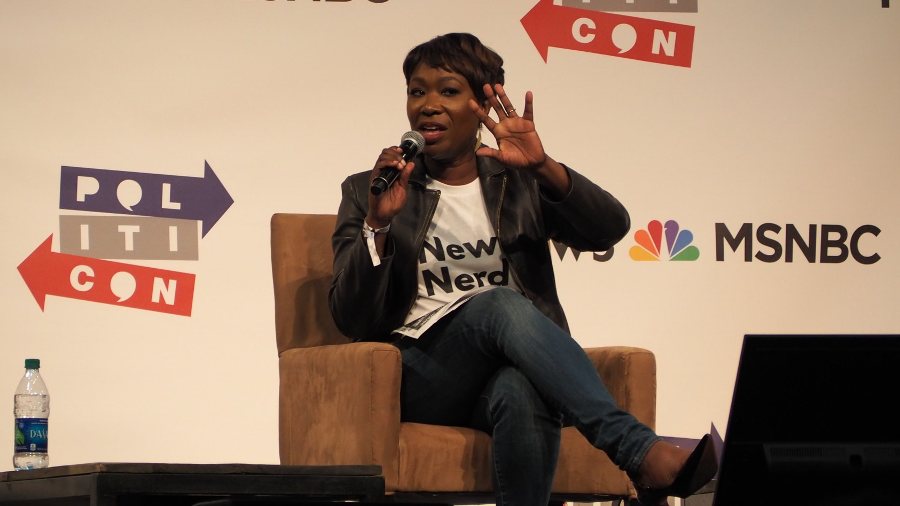 Documentary filmmaker and conservative activist Chris Rufo has been effectively exposing Critical Race Theory for what it is, sounding the warning for the past year, and, naturally, the “woke” left can’t stand that.

The Left Lashes Out When CRT is Exposed

So The Washington Post did a long hit piece on him. The slant of it was that the teaching of Critical Race Theory was being used by Republicans not because it’s evil and racist (which it is) but because they see “political promise” in making it a wedge issue to use for taking back Congress in 2022. And they made Rufo out to seem manipulative when he’s simply running a public persuasion campaign — not by lying about CRT but by telling the truth about it.

Rufo challenged what they’d said, and WAPO ended up having to retract or add six paragraphs from their story. They had to reverse one of their key accusations against him. They even had to admit to out-and-out fabricating a timeline of events that was central to their story. They also had to admit they didn’t have an audio recording or transcript of the (fake) quotes they had used.

Still, the “clarification” they printed at the end of their revised story really downplays the problems with their piece. All they said was this:

“This report has been changed to clarify the sequence of events that followed Rufo’s appearance on Fox News last summer. In addition, the story adds a clarification from the Cupertino superintendent that a lesson was presented once before it was canceled.”

When Rufo also called out Joy Reid of MSNBC for denouncing him “by name multiple times” and suggested she lacked the courage to invite him on her show, Reid — who is perhaps the most racist person on television if it can be narrowed down to just one — tweeted, “This is a weirdly aggressive way to get yourself on TV, Christopher…Why not just contact my booking producers like a normal person, rather than going with the White Man Demands option? I had never even heard of you until @oneunderscore_ piece exposing your plot to rebrand CRT.”

“White Man Demands”? Told you, this person views everything from the lens of her own bigotry.

Eating the Hit Pieces for Breakfast

Rufo appeared on Tucker Carlson’s show Tuesday night. “I’m eating these hit pieces for breakfast,” he said. “It’s really not fazing me at all.” He’s focused like a laser on his mission.

He said WAPO had assigned three reporters and spent three weeks to try and undermine him but that this had “backfired spectacularly.”

To borrow a word from President Trump, it seems that finally, on the issue of Critical Race Theory, we are…WINNING!

So, “it doesn’t bother me one bit,” he said. “I think it really shows that we’re having an impact. We’ve woken up millions of parents to the dangers of Critical Race Theory. They’re now starting to take action in school boards across the country. And these neo-racist bigots are starting to get worried.”

“Equity” is Not Equality

He added that it’s important to recognize the difference between “equality” and “equity.” The former means equal protection under the law, while the latter, though it might sound good and soft and fuzzy, really means “something totally different” — it means that they’re trying to divide and conquer by forcing groups to compete against each other.

“They’re using active racial discrimination,” he said, “which they call ‘anti-racist discrimination,’ to try to achieve equality of outcomes.” When regimes in the 20th century tried to set up this kind of society, “it left body counts in the tens of millions, and we shouldn’t try it here. There’s no chance that it will succeed. And we have to know exactly where it’s starting, which is in our schools.”

Rufo is slightly off about one thing: historians will say the body count was in the hundreds of millions. And the slaughter continues to this day in some countries.

Putting the “Loud” in Loudoun

In related news, two parents were arrested Tuesday at a meeting of the Loudoun County, Virginia, school board. One who didn’t want to go quietly was roughed up and tackled to the floor. They had come “because they had been given space to speak,” Tucker Carlson reported, but so many angry parents had shown up to put the “loud” in “Loudoun” and protest the teaching of Critical Race Theory and also a proposed new transgender policy that the school board, after first calling for a five-minute recess to let things cool down, chose to adjourn the meeting and send everybody home. That didn’t sit well with some of the parents who had wanted to speak. Police were there to arrest for trespassing the ones who wouldn’t leave, and it got contentious.

More coverage on Laura Ingraham’s show and on Fox News early Wednesday morning showed complete bedlam in the meeting hall, with parents demanding board members resign over their support of CRT. A total of 259 parents were signed up to make public comment, and only 51 got to speak. When board members filed out of the room after adjourning, parents chanted, “Shame on you! Shame on you!” and also sang “The Star-Spangled Banner.”

One after another, while they had the chance, parents took to the microphone. Demographically, it was a largely white crowd, but not all-white. Black parents are upset by this as well, as it teaches black children that they are victims and losers who need intervention to do as well as others. “My child is not oppressed,” said one mother who is black, “and don’t assume that. As long as you Marxists push your unconstitutional agenda, my child — she will not be returning back to Loudoun County schools.” The room erupted in cheers.

Video of the entire event is here.

The “Army of Moms” Will Be Heard!

This was a rowdy crowd, and it would have been better not to see fighting and booing. But this illustrates what happens when people get pushed too far, especially where their kids are concerned. Parents are realizing that when it comes to the education of their kids, school boards aren’t even giving them a seat at the table. But school boards are answerable to them. Policies they vehemently disagree with are being shoved down their throats by progressives who just keep moving the goal post further and further left, and parents, in particular, are sick of it.

Fox & Friends on Wednesday morning interviewed one of the parents. “We do not want to co-parent with our government,” Rachel Pisani said, concerned that kids are being indoctrinated. This board, she says, is planning to fire any teacher who isn’t on board with their cultural message. And during Tuesday’s meeting, she said, they cut off speakers with whom they disagreed. But she vowed that the protests by this “army of moms” will not stop until they are heard. The goal of these parents now is to recall and replace six of the nine members of the school board.

It’s great to see that pushing back against the radical left agenda is waking more people up. Parents need to stay pedal-to-the-metal on this and any other school issue they have a problem with. To borrow a word from President Trump, it seems that finally, on the issue of Critical Race Theory, we are…WINNING!