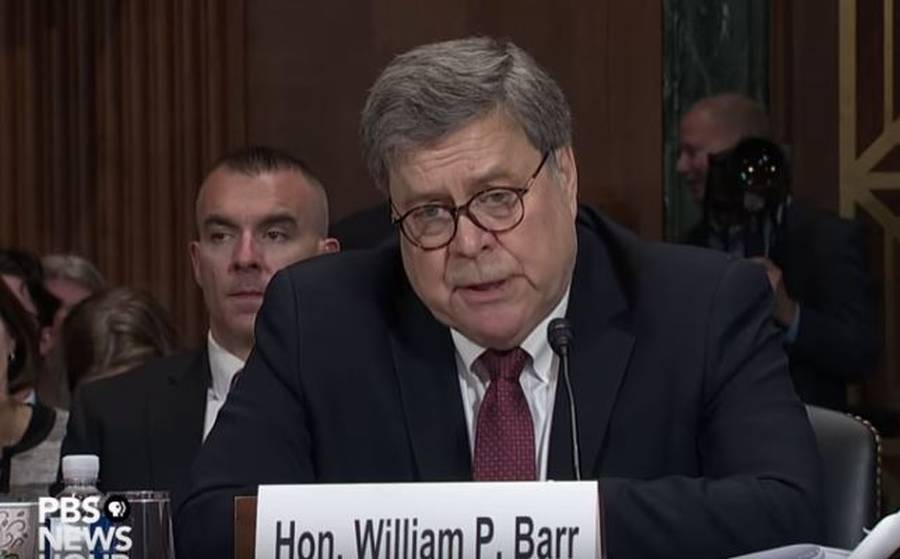 By Andrea Picciotti-Bayer Published on October 21, 2019 •

Barr traced the central role of religious liberty in our nation’s history and the importance of a morally disciplined and virtuous citizenry for maintaining a free government such as ours. He also took note of the current threat of secularism and moral relativism.

The speech is full of mic drop moments, but one in particular hit home with me.

“Those who defy the creed [of secularism] risk a figurative burning at the stake — social, educational, and professional ostracism and exclusion waged through lawsuits and savage social media campaigns.”

Was Barr exaggerating? A look at my Facebook feed the following day suggested he might be right.

The day after the Barr speech, I attended a dinner event where President Donald Trump spoke. I brought along two of my older kids and posted pictures of us on Facebook.

The backlash from friends included charges of “hypocrisy” and questioning how a “thoughtful person like you could hold him out as a model of anything good.”

It didn’t matter that my praise was in support of the administration’s work in defense of religious freedom — America’s “first freedom,” something once considered a “nonpartisan” issue. That may even have encouraged some of the backlash.

“Progressive” ideologies clearly are attacking religious freedom here at home. The trampling of conscience rights in our culture wars is serious. Even more dangerous is how a rejection of religious freedom plays out on the international scene.

The honoree at the evening dinner I attended was Pastor Andrew Brunson. He’s an American pastor who, after decades ministering in Turkey, was detained in October 2016 by Turkish authorities in the wake of an alleged coup attempt against President Recep Tayyip Erdogan.

Marking the one-year anniversary of Brunson’s release, attendees immediately got on their feet to applaud the successful work of administration officials, including the president.

It then occurred to me: If America loses its respect for religious freedom, who will come to the rescue of the next Pastor Brunson?

Since Brunson’s release last year, Trump has continued to carry the baton on behalf of international religious freedom.

Last month at the opening session of the United Nations, he delivered a “Global Call to Protect Religious Freedom.” His speech was a call to action in response to the increasing persecution of people on the basis of their beliefs and attacks on houses of worship across the globe.

If America loses its respect for religious freedom here at home, will we care about the victims of the next bombing or shooting at a church, synagogue, or mosque abroad? I doubt it.

For the past two years, Secretary of State Mike Pompeo has convened a Ministerial to Advance Religious Freedom, inviting foreign ministers, other representatives from civil society, and religious leaders to “discuss challenges, identify concrete ways to combat religious persecution and discrimination, and ensure greater respect for freedom of religion or belief.”

This year’s ministerial boasted representatives of more than 100 countries and ended with the creation of an International Religious Freedom Alliance to “bring like-minded countries together to confront challenges of international religious freedom.”

If we stop caring about religious freedom here at home, will we continue to care about confronting the atrocities committed by religious radicals and oppressive regimes abroad? Something tells me we won’t care as much.

When I returned to my Facebook thread a few days after my initial post, I saw that my little social media network (many of whom do not know each other) continued to engage. Friends from both sides of the political aisle chimed in.

To my relief, though, many friends posted comments supporting the great work done by our country to advance global religious freedom. Perhaps all is not lost.

But to be sure, Barr’s exhortation is much-needed. We must “resist efforts by the forces of secularization to drive religious viewpoints from the public square and to impinge upon the free exercise of our faith.”

This is necessary not only to preserve religious freedom at home, but abroad as well.