Will the Music Go Silent in Kiev? 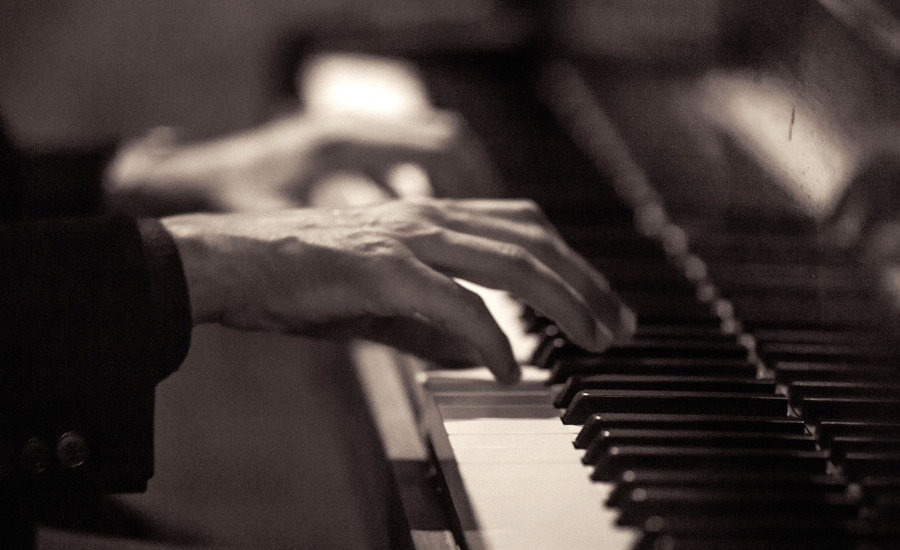 Russian President Vladimir Putin has said that “the greatest geopolitical catastrophe of the [20th] century” was the collapse of the Soviet Union.

Today Putin is moving hard to “reclaim,” as he would it see it, an important part of Russia — neighboring Ukraine.

Thus, the fallout from the Communist atheists’ disastrous takeover of Russia in 1917 continues to this day. Now the world is witnessing the incredible human suffering caused by Putin’s evil ambitions, as he follows in Lenin’s and Stalin’s footsteps.

How this story will end is unknown. But there is an angle that ought to be considered. There are millions of devout Christians in Ukraine, and they are fiercely committed to their independence.

To get a better understanding of the Ukrainian people, I spoke at length with Roger McMurrin. Though now retired, he and his wife Diane pioneered a work in Ukraine that continues to this day. It is called Music Mission Kiev, which they officially founded in 1994.

He even points out that the Russian Orthodox Church, which was born in Kiev, decided to build a monastery in a forest faraway — and thus Moscow was born.

McMurrin was a music conductor of large church choirs, including the well-known Coral Ridge Presbyterian Church in the 1970s and 1980s when Dr. D. James Kennedy was the senior pastor. My wife sang in that choir and always appreciated Roger’s musical genius.

In the early 1990s, after the dissolution of the Soviet Union, when religious freedom was allowed in Russia and Ukraine, Roger and Diane got to visit there and even came up with the idea to re-introduce sacred music to be performed by professional Ukrainian musicians — many of whom were out of work.

The first piece Roger had them perform was Handel’s Messiah, which had not been heard in at least 70 years there. It was a major success.

Thus was born, Music Mission Kiev, the home of the Kiev (actually, Kyiv) Symphony Orchestra and Chorus — which has gone on many tours in the region and even in the U.S. Diane McMurrin has written the fascinating story of their work in Ukraine and God’s call on their lives to work among the Ukrainians in her 1998 book, The Splendor of His Music.

The Music Mission Kiev website notes that their organization “began performing sacred masterpieces of classical music in 1993 … [pieces, which] were banned under Communist rule.”

Roger and his team were even able to perform many sacred works by classic Russian composers — again, works not heard since the Bolsheviks started taking over Russia beginning in 1917. That includes Rimsky-Korsakov’s Russian Easter Overture.

Even the famous 1812 Overture by Tchaikovsky has some church-based musical themes in the original version — which were altered during the days of the Soviet Union, with its anti-Christian purging of anything church-related.

The ‘Nightmare From Hell’

When Roger and his team first started in the early 1990s, everybody they hired, including the musicians, were atheists and agnostics.

Roger told me the Ukrainian people they encountered in general were unbelievers, and their lives were desperate and depressed. Men died at the average age of 56 (largely through alcohol and tobacco use), and the average lifespan for the women was 75.

Although their ministry was focused on classical music, very soon after starting, they began weekly feeding of widows. At last count, Music Mission Kiev feeds about 550 widows a week.

Through the work of various Christian ministries throughout Ukraine, including Music Mission Kiev, Roger said that today there are millions of Christians there.

And now comes Putin’s invasion. The Music Mission Kiev website says: “‘It is a nightmare from hell’ is how our staff and friends in Kyiv are describing the situation. … Even after the fighting stops, we know there is a refugee crisis coming. Estimates are there will be close to 4 million refugees and 12 million people in Ukraine in dire need of humanitarian aid.”

Roger McMurrin added that the history of Ukraine is filled with foreign invasions. Through the centuries, they were ruled by the Mongols, the Tatars, the Ottomans, the Swedes, and, of course, Russia beginning around 1919 (with an interval during World War 2 under Nazi Rule), until the Soviet Union imploded in 1991.

He said that the Ukrainians are brave. They love their country, and they will fight to the end.

Perhaps Putin has bitten off more than he can chew in this invasion. The Ukrainian people are resolved to stand up against this tyranny. Pray for them in this hour of crisis.