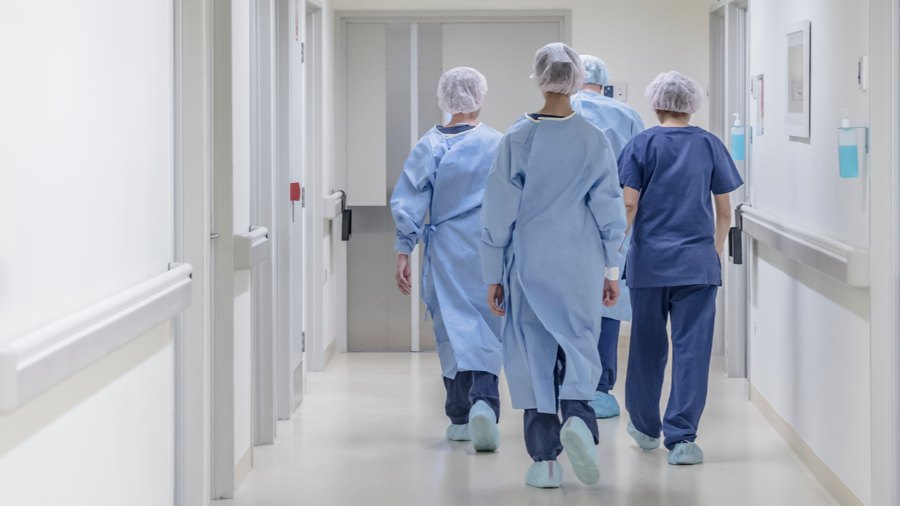 On April 19, the Biden administration filed an appeal in a case that could force “religious doctors and hospitals to perform potentially harmful gender-transition procedures against their conscience and professional medical judgment.”

If this new way of reading the rule stands, insurance companies and providers “may not deny access to medically necessary medications, surgeries, and other transition-related treatments for transgender people if similar services—a hysterectomy, for example—would be covered for non-transgender people.” This would, of course, redefine the concept of “medically necessary,” ignoring the obvious difference between removing perfectly healthy organs and removing organs riddled with cancer.

Upstream from the courts is the larger culture, one not only quick to embrace and advance observably wrong ideas about the human person, but to sacrifice religious freedom in order to do it.

Also, the rule contains no conscience protections for doctors or hospitals. Therefore, Catholic hospitals, which do not perform hysterectomies except to preserve the life or physical health of a woman, would be forced to violate Catholic teaching. Various legal challenges to the rule by faith-based groups, all of whom claim that the regulation violated the Religious Freedom Restoration Act, have been successful.

Courts did, however, block Trump administration attempts to eliminate the mandate. So, the litigation over the rule continues. In January, a federal district court in North Dakota ruled in favor of the Sisters of Mercy, a group of nuns who believe “that every man and woman” including transgender individuals, “is created in the image and likeness of God, and that they reflect God’s image in unique—and uniquely dignified—ways.” They also believe that “performing gender-transition, abortion, and sterilization services … [violates] their religious beliefs regarding human sexuality and procreation,” and object to “providing insurance coverage for abortions, sterilizations, and gender transitions.”

If this case sounds a lot like the Little Sisters of the Poor case, you’re right. In fact, the district court cited the Little Sisters case several times in ruling that the mandate violated RFRA. Like the Obama administration, which couldn’t leave a group of nuns in peace to serve people in need, the Biden administration has decided that it can’t leave this other group of nuns in peace, either. So, it appealed the district court ruling to the Eighth Circuit Court of Appeals.

The Sisters of Mercy, as Luke Goodrich of the Becket Fund put it, “joyfully serve all patients regardless of sex or gender identity,” and “routinely provide top-notch care to transgender patients for everything from cancer to the common cold.” They also provide “millions of dollars in free and low-cost care [provided] to the elderly, poor, and underserved.” Still, the Biden administration is ready “to punish [the Sisters] with multi-million dollar penalties” even though, as a federal appeals court wrote, “There is no medical consensus that sex reassignment surgery is a necessary or even effective treatment for gender dysphoria.” In fact, there is ample evidence that gender reassignment surgery makes matters worse, not better.

Given both precedent and the makeup of the federal courts, it’s difficult to imagine the Biden administration will prevail in this case, especially at the Supreme Court. However, that is not the primary concern. Upstream from the courts is the larger culture, one not only quick to embrace and advance observably wrong ideas about the human person, but to sacrifice religious freedom in order to do it.

Nondiscrimination in Health Programs and Activities National Archives | May 18, 2016

In the United States District Court for the District of North Dakota Eastern Division January 19, 2021