With their overwhelming lack of common decency, concern for fellow citizens, and disrespect for the law, why would anyone trust the political left to protect votes? 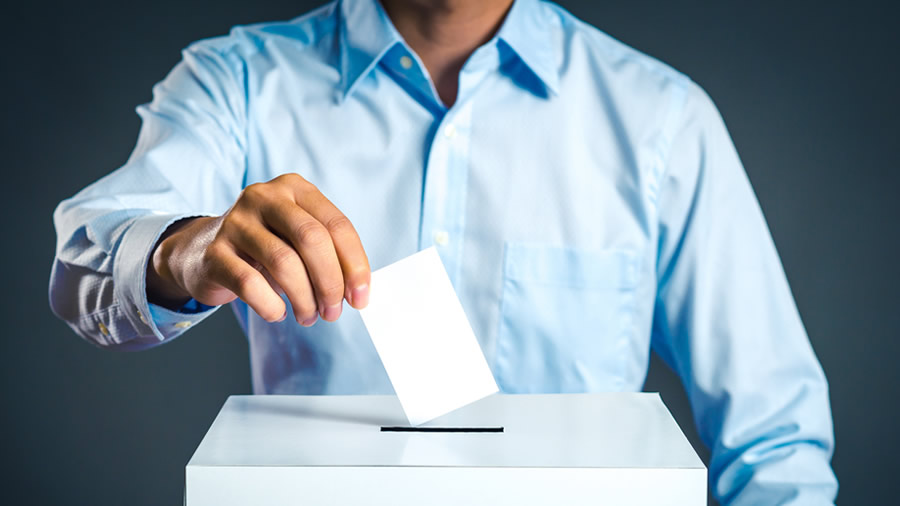 Voting is ultimately a relationship between individuals, and as with every other trusted personal interaction, it should be based on integrity, veracity and good citizenship.

As the November election approaches, what does this mean for American voters?

In a nutshell, a cursory review of news and social media casts significant doubt that we should leave the protection of our votes to liberal activists and their political associates who are currently demanding mail-only voting. There are many ways votes can be lost, stolen, or uncounted, but voting in person is not one of them. Even in 2020, discouraging in-person voting is unnecessary and abets vote suppression.

The political left has deliberately withheld that their mass-mail ballot plan is different and significantly less secure than traditional absentee balloting, and that in-person primary voting has gone smoothly with the same safety precautions we use at the grocery store. Yet this is the tip of the iceberg of reasonable mistrust.

Leftists led by BLM and Antifa have nearly burned Portland to the ground. Last week a local man was dragged from his truck (after he reportedly aided a transgender woman robbed by the mob) and was viciously beaten while rioters laughed.

In cities like Minneapolis and Dallas, riots left hundreds of minority businesses destroyed (some with little or no insurance) and that same lawlessness has led to a massive uptick in homicide, mostly in low-income, minority communities. In Chicago, a BLM activist publicly repeated the selfish view of many of her fellow criminals by noting looting was okay because “businesses have insurance.”

In these cities, controlled by Democrats, leaders have said little to condemn the violence and done less to contain it. None has directly addressed the devastating abrogation of the property rights and rule of law that underpin our democracy.

The Portland area Democrat DA is refusing to press charges on personal and property crimes related to riots. In Virginia, Democrat state senator Louise Lucas, a local school board member and three liberal public defenders have been charged with felony monument destruction. Liberal Virginia Governor Ralph Northam then complained charges against Ms. Lucas were “unusual” (arguably, an elected official destroying public property is “unusual”) and stated he looked forward to seeing her back at work in the capital.

The Left in Action

Children should be protected from exposure to this kind of deviant behavior, and yet candidate Biden chose one of the musical left’s most prominent practitioners of such deviance — with absolutely no media credentials — to interview him.

The violent American left is calling to defund police — brave and selfless men and women who are responsible for protecting everyone’s property and personal safety.

President Trump has held several political rallies since the end of June. Supporters were excited to order seats online as soon as they were available — and then have hopes dashed by a juvenile, liberal political stunt.

Liberals on social media made sport of ordering seats with no intention of attending, celebrating with “LOLs” on their posts. There is nothing “LOL,” or decent, about stealing an opportunity to assemble and exercise free speech from a fellow citizen.

With their overwhelming lack of common decency, concern for fellow citizens, and disrespect for the law, why would anyone trust the political left to protect votes? Is stealing rally seats a metaphor for stealing votes?

During this year’s presidential primaries, hundreds of thousands of votes were proven to be uncounted under mail-only voting systems. In California, Nevada, New York, Virginia, Wisconsin, and Florida alone, at least 407K+ ballots were not counted due to late delivery, missing postmarks, getting “lost’ in post offices, or being improperly completed by voters. These don’t include votes subject to fraud under a scheme where ballots are mailed to unverified voters at equally unverified addresses.

Any voting plan that causes hundreds of thousands of votes to be uncounted is vote suppression. Fortunately, Americans are capable of both voting without mass mail-only ballots while being leery of the movement that is pushing for them.

Safe voting options include ordering personalized traditional absentee ballots mailed directly to verified addresses or taking advantage of less-crowded early voting in many states. We can don a mask and social distance at the polls — the safest route to ensuring our individual political choices are heard.

The left and their chosen candidates have provided telling examples of their unwillingness to make ethical choices that protect citizens. Proving themselves willing to violate numerous critical social norms, they are unlikely to be concerned with violating just one more.

Amb. Ken Blackwell, a member of the American Constitutional Rights Union Action Fund Board of Directors, is an advisor to the Family Research Council.