Why Was Baker Still at Twitter? And What’s the FBI’s Real Focus? 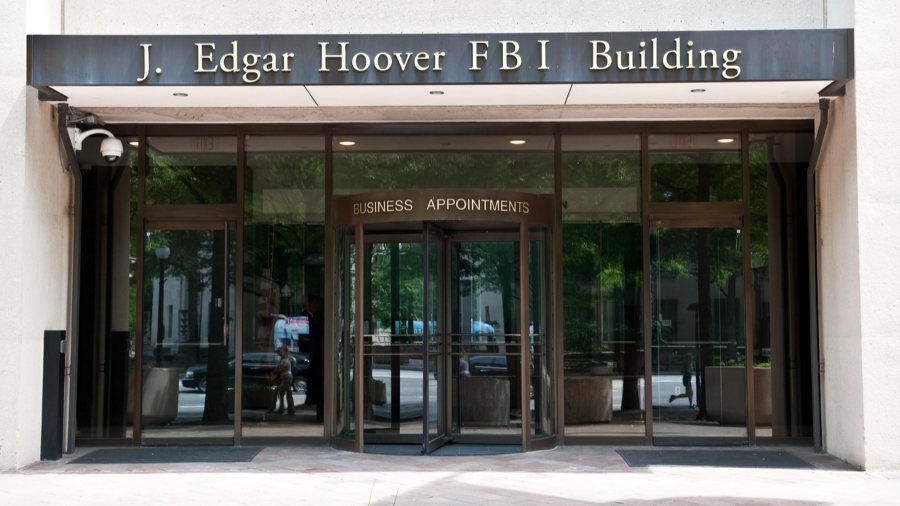 Late in the day Tuesday, we learned that new Twitter CEO Elon Musk had fired (“exited”) Twitter’s deputy general counsel — and former FBI general counsel — James Baker when it was revealed he’d been going through the documents Musk wanted handed over to journalists Matt Taibbi and Bari Weiss and holding some back. Was that out of force of habit for this First Amendment trampler?

As we commented yesterday, perhaps the most surprising aspect of this turn of events was not that Baker was fired from Twitter but that he’d still been working there. One would think Musk would’ve fired him on Day One, as he did Baker’s immediate boss Vijaya Gadde, who’d been outspoken about suppressing so-called “disinformation.”

What Was Musk Thinking?

“It would be interesting to know why Musk hadn’t quite gotten around to firing him yet,” we said Tuesday, suggesting that “surely there is a method to his madness.” Since then, some other observers have picked up on the same idea. Dan Bongino, speaking with guest Julie Kelly on his radio show Wednesday, wondered aloud why Musk had allowed a deep-stater like Baker, who likely was the kingpin at Twitter for the censorship of the Hunter Biden laptop story, to remain there even one minute longer than necessary.

Bongino speculated (I’m paraphrasing here) that in order to cleanly fire a slippery attorney like Baker, he first set Baker up with an opportunity to do what he does by “giving him enough rope to hang himself.” Letting Baker be in charge of releasing documents to Taibbi and Weiss, knowing full well he would try to “save” himself and his friends by holding back certain materials incriminating to the FBI, would be an act of sheer genius. If that’s what Musk did, Baker apparently played right along.

That’s just the sort of plan we’d been thinking Musk had. He didn’t get where he is by being naive, so let’s assume he wouldn’t have let the fox be in charge of the henhouse unless it was a trap for the fox. No word yet on whether that’s what Musk was doing, but it does make the most sense of any scenario thus far. It’s comforting to know that in this battle for free speech, he’s probably at least two or three steps ahead of everybody else.

Even though Baker wasn’t officially working at the FBI when he went to work at Twitter, he was in effect an FBI plant or “mole.” That’s consistent with what we’re hearing about the activities of today’s Federal Bureau of Intimidation from, of all places, Newsweek, in a piece called “FBI Ramps Up Spending to Fight MAGA Terrorism.” It reports that 70 percent of the FBI’s open domestic terrorism cases are now focused on “civil unrest” and anti-government activity. Extremism related to white supremacy, antisemitism, abortion, and anti-LGBTQ have been moved from “domestic terrorism” to “hate crime,” which lowers their priority in favor of the anti-government stuff.

The article doesn’t say this, but it seems obvious that the focus at today’s FBI is to crush dissent.

Newsweek spoke with a “senior government source” who “was granted anonymity to speak about classified matters,” and that person says the FBI considers all acts of violence against the government with a political motive to be terrorism. The author of the piece, William M. Arkin, rightly observes that the way they’re now classifying events “inserts the FBI and counterterror investigators into the political life of the nation.”

It seems obvious that this is precisely the point. To the FBI and those who would weaponize them, this isn’t a bug, it’s a feature. They want to be deeply embedded in our political life.

‘Obsessed With January 6 and Donald Trump’

This has gotten much worse since January 6, the article reports. “Since then,” it says, “anti-government, ‘anti-authority’ and civil unrest cases have taken over as the number one threat, making up almost 90 percent of all investigations.” Anti-authority? And this: “As the number of cases involving politics has expanded, the FBI has doubled the number of agents working on the subject.”

But then their source unloads a huge pile of bull droppings by saying, “It’s not because the FBI is partisan, but more because society…and Washington remains obsessed with January 6 and Donald Trump. It doesn’t matter whether the activity is left or right, anti-Biden or anti-Trump. That’s the pool of suspected terrorists. In other words, the focus now is on political terrorism.”

The Bureau ‘Isn’t Partisan Per Se’

Yes, the focus is on political terrorism, but is this person actually trying to say it’s not about left or right, Republican or Democrat? Give me a break. They define who the “pool” of suspected terrorists is, and it’s MAGA. The intel community that was out to get Trump was vastly made up of partisan Democrat (and a few RINO) Hillary Clinton supporters. I could offer example after example. Just yesterday, we learned that FBI Supervisory Special Agent Elvis Chan, the operative who falsely warned Twitter in 2020 that the upcoming Hunter Biden laptop story was “Russian disinformation,” was a repeat Democrat donor. As recently as 2020, he donated to ActBlue, a left-wing PAC.

Ah, but the Bureau is not partisan per se.

It seems far more likely that January 6 is being used as a pretext to infiltrate right-leaning political groups. It’s certainly become the foundation of the Democrats’ whole political strategy. As I’ve said, the Capitol Hill riot fit into their agenda so well that if it hadn’t happened, they would’ve had to make it happen. We’re still learning about the FBI’s role in that.

The Department of Homeland Security (DHS) also has an increased focus on domestic terrorism: “While most of the homeland security agencies are focused on international (or foreign-inspired) terrorism, DHS is also the primary government agency charged with protecting ‘critical infrastructure’ including election systems, even those in private hands.”

Wait a minute — election systems? Private hands? Is this a reference to Dominion and other electronic voting systems? We need to know more about this.

FBI Scrutiny of Your Family and Friends

The FBI maintains that they investigate and prosecute criminal acts, not political beliefs or associations. But Newsweek’s source told them that “people’s associations are, in practice, exactly what drives the FBI’s thinking and its approach for thwarting domestic terrorism.” Also, “its work is dominated by investigations of groups and networks.”

The most disturbing part of the article relates what their source said about the FBI looking at “networks” that aren’t necessarily the result of organized groups — namely, family and friends.

A key part of post-January 6 investigative activities has been to look at these associates and to follow threads of family and friend connections (particularly on social media) to scout for links and co-conspirators, particularly as the FBI seeks to stop future terrorism.

That’s how they justify this intrusion — by saying it’s to prevent terrorist events from happening, as they have historically tried to do with international terrorism. But ironically (and the piece points this out), the increased scrutiny of Americans might actually increase the activities of those Americans who have grievances with the government.

This Newsweek article is a very interesting article about where we are now with the FBI. I come away with an even stronger feeling that the current FBI is beyond reform. It’s past time to scrap the Bureau and start over.