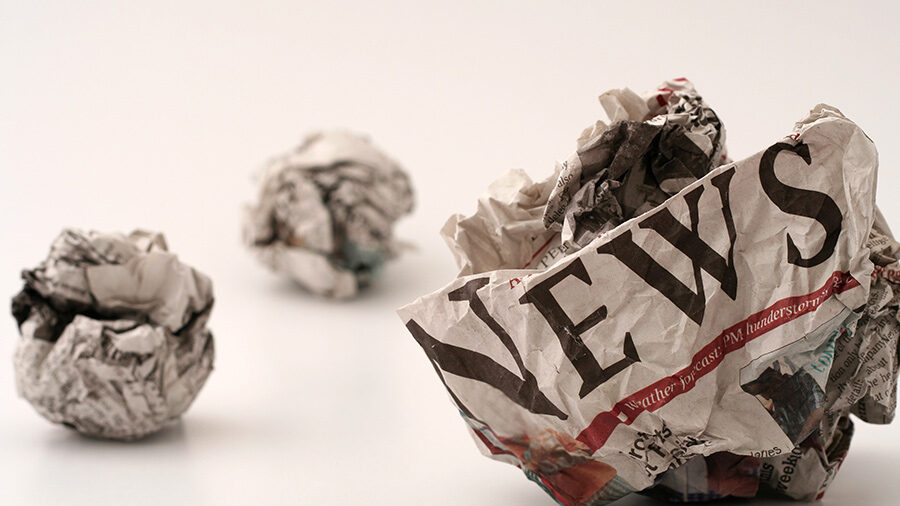 A few weeks ago, I devoted my column to an article about me published in Newsweek under the headline “Conservative Radio Host Ridicules Anne Frank.” As the full context of my comments in the video made clear, it was a lie.

To its credit, after its editor was notified of this fact, Newsweek changed the headline and made revisions to the article and issued a correction.

Since then, two more smears have been spread about me, one by an official at Purdue University and the other by the Canadian Broadcasting Corporation, the major source of news in Canada.

The Jan. 21, 2020, issue of The Exponent, the Purdue University student newspaper, published the following in a story about John Gates, Purdue’s newly appointed vice provost for diversity and inclusion: “John Gates has seen quite distinct viewpoints at Purdue, even in his first week at Purdue in early 2019. When he attended a Turning Point event that Dennis Prager spoke at, he noted that he was one of three black people in the room.

“‘His central thesis was as follows: Diversity is bad. Every dollar spent on diversity is a dollar wasted,’ Gates said. ‘He said slavery was not bad. In fact, every civilized nation was founded in slavery, and that blacks should just be happy to be in this country. And he got a rousing ovation.'”

A vice provost of Purdue University quoted me as saying, “slavery was not bad.”

Needless to say, I never said anything remotely like that.

After mentioning this on my radio show, some of my listeners wrote to Gates, which prompted him to write to me — not with a retraction or an apology but an invitation to have a chat.

“I am attaching eight video files of my speech at Purdue. See if you can find where I said, implied or hinted that slavery is not bad.

“Allow me to react to your invitation to chat over the phone. Had I, as a Jew, written in some publication that you said, ‘the Holocaust wasn’t bad,’ and then invited you to have a chat, would you agree to do so? Or would you first demand that I retract such a vile smear of you?

“When you unequivocally retract in The Exponent what you said and apologize for saying it, I will be happy to chat with you. In fact, I will even invite you on to my national radio show.”

I never received a response from Gates.

The CBC and the ‘N’ Word

Then, about a week ago, on my radio show, I discussed the issue of private speech versus public speech, and the issue of character, using former President Harry Truman as an example of a good man who used foul language privately, specifically using “kike” when writing or talking about Jews, and the N-word when talking about blacks. A listener called to ask me why I could say “kike” but not the N-word. I told him that the left had rendered the N-word the only word unutterable in the English language, even when merely discussing it, as I was with regard to Truman. And, of course, I added that to ever refer to a black using the N-word is “despicable.”

The headline was an echo of the Newsweek headline, using an entirely out-of-context quote to make it sound as if I want to use the N-word in referring to blacks.

Now, why would the CBC bother writing about an American talk-show host, and how did it come up with this smear?

The answer to the first question is that the CBC, described to me by former Canadian Prime Minister Stephen Harper at a PragerU event as “to the left of MSNBC,” wants to charge Canadian conservative organization The Manning Centre with inviting racist speakers. (I will be speaking in Ottawa at the Centre’s annual conference next month.)

And how did the CBC come up with the phony headline and story? The author himself wrote how in his piece: from Media Matters for America, a left-wing site that each day distorts or lies about what conservatives say. The author never bothered to listen to my broadcast. He took what Media Matters wrote and recycled it.

So, then, why do left-wing media do this?

There are two major reasons.

First, truth is not a left-wing value. As I have said and written ever since studying communism and the left in graduate school at the Columbia University Russian Institute, truth is a liberal value and a conservative value, but it is not a left-wing value. However, destroying opponents by destroying their reputations is a left-wing value — whether it’s charging Supreme Court Justice Brett Kavanaugh with multiple rapes, preoccupying the country with the fake charge that Donald Trump’s presidential campaign colluded with Russia to manipulate the 2016 election, or the charges such as those made against me.

Second, smearing opponents is not only a left-wing value; it is the left’s modus operandi. And the reason for that is: The left does not win through argument. It wins through smear. If you differ with the left, you are, by definition, sexist, racist, bigoted, intolerant, homophobic, Islamophobic, xenophobic, fascist and/or a hater. The proof? You cannot name a single opponent of the left who has not been so labeled.

Readers can fight back by contacting the president of Purdue, Mitch Daniels, at [email protected] Contacts from Purdue alumni would be particularly helpful. And readers can contact the CBC through Facebook, Twitter, Instagram or an email to its ombudsman:

The CBC needs to change its headline and issue a correction, as Newsweek did. My email to the author of the article, in which I asked for these changes and explained the entire context, did not receive a reply. You can read the letter on my website and send it or link it to the CBC.

If good liberals and conservatives don’t fight the left, truth loses. If truth loses, all is lost.