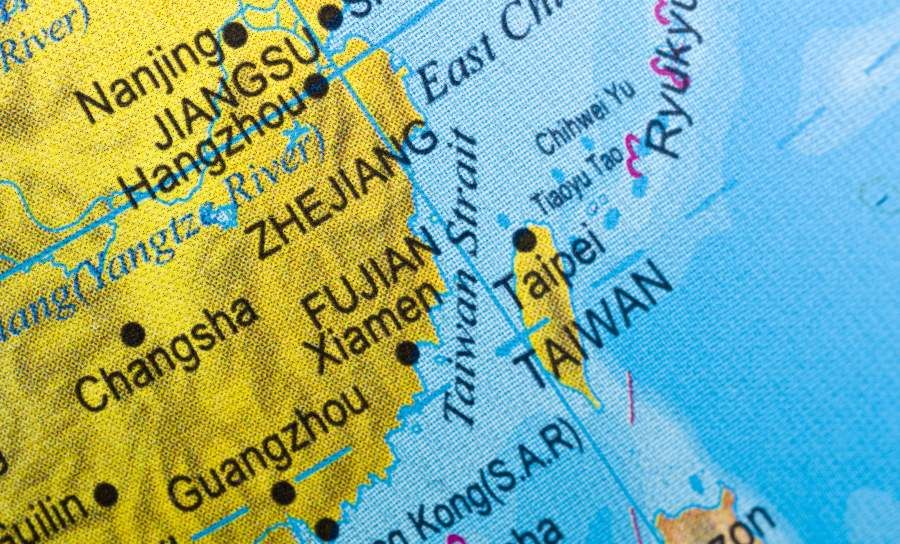 Nowhere will China’s military buildup be felt more keenly than in Taiwan.

A Show of Force

These events make it clear that Beijing is seriously upping the ante, and it signals that a military invasion may now be more likely than ever before.

Taiwan is an island off the coast of mainland China with which the United States has long-standing commitments that are partially outlined in the Taiwan Relations Act of 1979. But for its part, the Biden administration met Beijing’s provocations toward Taiwan with lackluster and at times confusing statements urging Beijing to stop pressuring Taiwan.

So, why does the future of Taiwan matter to Americans, and specifically to American Christians?

Tensions between China and Taiwan point to a larger global struggle between authoritarianism and freedom. And for the 23 million people who currently live in Taiwan, the prospect of the CCP taking over would mean an abrupt end to many of the human rights they currently enjoy, including freedom of speech, political participation and religious freedom.

Chinese President Xi views Taiwan as a breakaway province, but the reality is that the CCP has never ruled Taiwan. In a speech delivered on China’s national day, following days of military drills close to Taiwan, Xi struck a nationalist tone, declaring, “The historic mission of achieving the complete unification of our country must be realized, and can be realized.” While this narrative plays well for Xi on the mainland, most Taiwanese citizens would reject “unification” with China even if ideal conditions were guaranteed.

The day after Xi’s speech, Taiwanese President Tsai Ing-wen responded in a speech of her own, saying, “[W]e will continue to bolster our national defense and demonstrate our determination to defend ourselves in order to ensure that nobody can force Taiwan to take the path China has laid out for us … as it offers neither a free and democratic way of life for Taiwan, nor sovereignty for our 23 million people.”

And this is exactly what President Tsai says is at the heart of the issue — not only a dispute about territory or sovereignty but also a debate over which vision of government is better.

The Concept of Imago Dei

Do free countries want to see Taiwan succumb to the oppressive authoritarian leadership of the CCP as seen in mainland China? Or see it remain a democratic society, which while flawed, protects the most basic human rights for its people and gives its citizens a voice in the government?

For Christians, the answer is obvious. The concept of Imago Dei, found in Genesis 1:27, teaches that every human person is created in the image of God. Because of the worth and value that all people inherently possess, they have God-given rights that the American Founders called “unalienable rights” and international law identifies as “human rights.” These include core rights such as the right to life, freedom of expression, religious freedom and others outlined in the Universal Declaration on Human Rights. We can treat people with human dignity by working to protect people against authoritarian regimes like China’s.

We want to see more people living under governments that respect human dignity, not the other way around. The world has already seen the consequences when China takes over a freedom-loving population. Over the past couple of years, President Xi’s government effectively eliminated political rights and freedom of expression in Hong Kong. We don’t want to see this happen to Taiwan, too.

A Principled Reminder to the Free World

President Tsai met China’s bullying with a principled reminder to the free world. In a recent op-ed in Foreign Affairs, she wrote, “[I]f Taiwan were to fall, the consequences would be catastrophic for regional peace and the democratic alliance system. It would signal that in today’s global contest of values, authoritarianism has the upper hand over democracy.”

The values that Taiwan shares with America should be the backbone of our friendship. Now more than ever, Taiwan needs and deserves American support.

The United States should offer robust support for Taiwan in practical ways. This includes supporting Taiwan’s defense weaponry system, especially its missile defense and air to surface capacities, in order to deter an invasion. In addition, the United States, along with other allies, should hold military exercises on the Taiwan Strait, demonstrating American support for Taiwan and a presence in the region.

Taiwan is a Shining Example

The Taiwanese people formerly spent four decades under martial law, then demanded — and successfully achieved — democracy. That shift has led to greater prosperity and human flourishing. Today, Taiwan is a shining example for people suffering under authoritarian regimes that change can happen. To stand with Taiwan is to stand for fundamental human rights, including religious freedom. The United States should do so without reservation.