The Wall Street Journal reports its job market is growing faster than any metropolitan area in the country. Here's why. 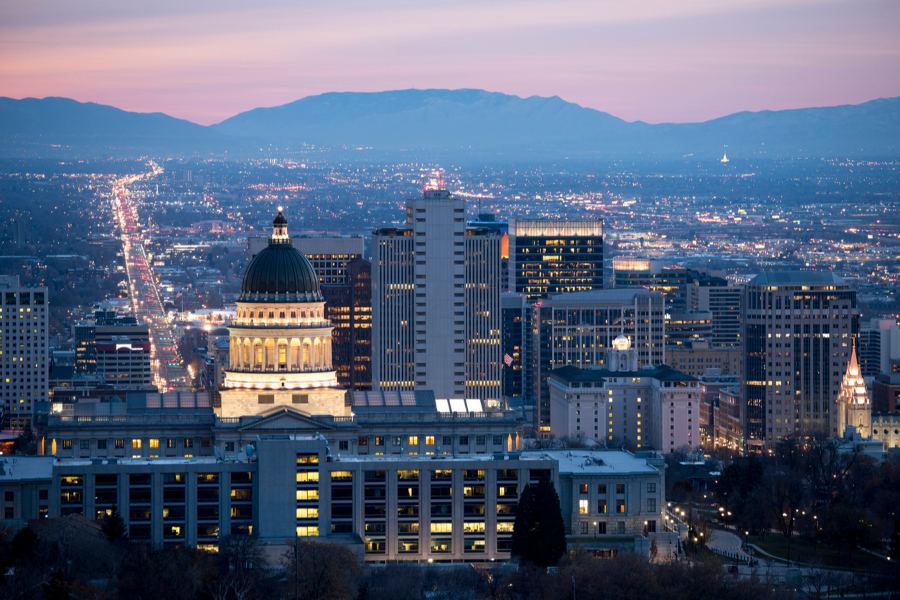 Americans were on the move in 2020 despite the presence of the coronavirus.

According to North American Moving Services’ 2020 Migration Report, Americans relocated at rapid rates, with many Americans in Northeast and Midwest states leaving for states located in the Southeast and Southwest.

Illinois, New York, and New Jersey led the way in states with the highest outbound rates, while Idaho, Arizona, Tennessee, South Carolina, and North Carolina had the highest inbound rates.

A North American Moving Services report detailing migration in 2020 shows the winners and losers among US states.

But when it comes to the country’s hottest job market, you’re not going to find it in the top inbound states. According to The Wall Street Journal, the city with the fastest growing job market can be found in northern Utah.

“Salt Lake City has top-notch ski resorts, challenging bike trails and breathtaking views of the Wasatch Mountains. It also is home to the hottest job market in the U.S.,” the Journal reports. “As the pandemic raged through the U.S. in 2020, no metropolitan area in the country expanded the size of its labor force more on a percentage basis than Utah’s capital. It also had the lowest average unemployment rate and the highest share of people working or looking for jobs.”

The Journal assessed metro areas with more than 1 million residents to determine the strongest job market in the country, ranking them on five labor market factors: labor-force participation rate, the average unemployment rate, weekly wages, the change in payrolls, and the increase in the size of the workforce.

What made Salt Lake City so attractive to migrants?

“Salt Lake City rose to the top thanks to fewer business shutdowns, more moderate health consequences from COVID-19 and a young and well-educated population that supported a tech sector that was already on fire before the pandemic began,” the Journal reports.

Surprised? You Shouldn’t Be

In some ways, the results should come as little surprise. As FEE’s recently reported, open states have much lower rates of unemployment than states that relied on strict lockdowns. And Utah’s 3 percent unemployment rate ranked better than 48 other states, behind only South Dakota. (And unlike South Dakota, Utah has a major metropolitan area — the Salt Lake City metro area boasts a population of 1.2 million residents, compared to the 265,000 in Sioux Falls. So even if Sioux Falls was growing faster, it would not have qualified in the Journal’s rankings.)

Following a year of upheaval that included widespread restrictions and economic devastation, many entrepreneurs and job seekers are seeking greener pastures. And unlike other metropolitan areas, Salt Lake City was able to avoid the multiple shutdowns that crippled many U.S. cities. As a result, the city appears to have almost completely recovered from the COVID-related economic downturn.

The Journal reports that BLS data show employment in business services and information is “close to year-earlier levels,” and companies are actually struggling to find enough workers in these prime sectors.

“Those tend to be better paying, higher-tech jobs. Employment in finance was already 4.4% above pre-pandemic levels in February, the latest available data,” the newspaper reports. “Leslie Hackett, who owns two Express Employment Professionals staffing offices in the Salt Lake City area, said she is only able to immediately fill about half of the requests for placements because it is so difficult to find enough workers.”

The Vote on Lockdowns Is Over

State lawmakers faced difficult decisions in 2020. Confronting a strange and deadly virus, there was immense pressure to simply close — temporarily, we were told — large sectors of the economy in an effort to slow down the virus.

We’re still grappling with the consequences of these actions, which with every passing day look like a poor bargain. Yet the beauty and strength of the American system is that it was built with numerous checks and balances on centralized power, one of which is federalism.

Because of this decentralized system, states were able to navigate the pandemic in different ways and Americans were allowed to “vote with their feet,” and relocate to areas better suited to their needs and preferences.

Such “foot voting,” argued law professor Ilya Somin in his 2014 paper “Foot Voting, Federalism, and Political Freedom,” is a key advantage of federalism and political decentralization in general.

“The more decentralized political power is,” Somin wrote, “the more issues citizens will be able to decide through foot voting as opposed to ballot box voting. The more decisions, therefore, will be made by processes where individuals make choices that are individually decisive, have greater leverage over basic political structure, and are subject to better incentives for the acquisition and use of knowledge.”

“The benefits of foot voting,” he added, “are enhanced when jurisdictions compete for potential migrants by offering the most attractive possible package of public services and taxes. In such a situation, the number and quality of choices open to foot voters are likely to increase.”

And one of the most attractive “public services” a state government can offer its citizens is to leave them alone instead of locking them down.

While the debate over lockdowns will no doubt continue, in some ways the debate is already over.

Americans voted in 2020 — with their feet — and data show they overwhelmingly chose freedom over lockdowns. Salt Lake City’s success is just one more example of that.