Why Pelosi Went to Taiwan: An Educated Answer! 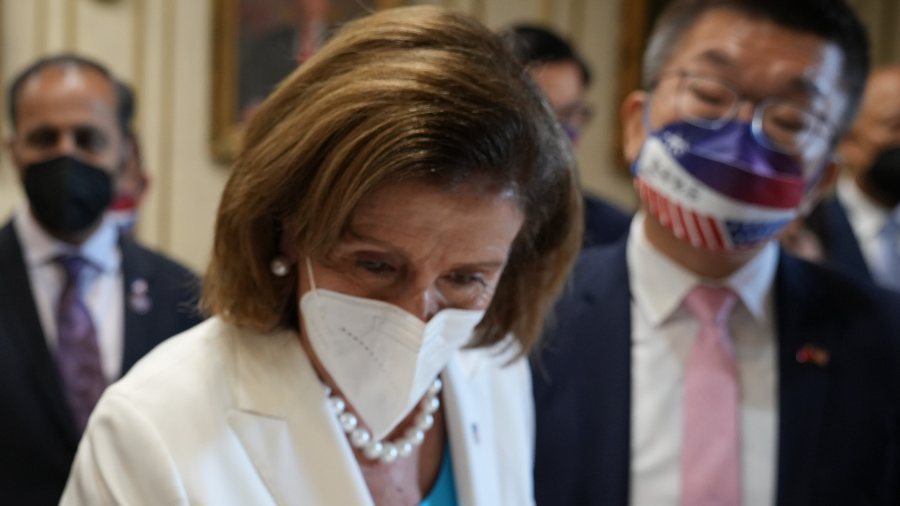 Last week, we repeatedly asked why House Speaker Nancy Pelosi had made the trip to Taiwan that raised such ire from China. Of course, she had to go after news of the trip was leaked, but why plan such a trip in the first place? Mostly it ended up highlighting the weakness of the Biden administration towards the Communist Chinese. And that can’t possibly help Taiwan.

Why Pelosi Went to Taiwan

Michael Pillsbury, Director of Chinese Strategy at the Hudson Institute and author of the book The Hundred-Year Marathon about China’s long-term plans for world domination, appeared Sunday on Life, Liberty & Levin and addressed this very question. Pillsbury saw two reasons why Pelosi went, one laudable and the other a more cynical take.

The CCP is positioning its chess pieces all over the globe. Assuming it’s not too late by then, the next administration will have to be on top of this from the start.

1) (Laudable) Since the 1990s, Pelosi actually has been an outspoken proponent of human rights in China. Pillsbury said she was “almost arrested” in Tiananmen Square in 1991 and is “a good friend” of the Dalai Lama, working to get him a medal from Congress and helping keep the Tibetan exile government alive.

2) (Cynical) Republicans have lately been “capturing the national sentiment” on China as a threat. “Democrats were positioned poorly; they seemed to be helping China,” he said. (Editorial note: why would anyone get that idea?) In some ways, her trip to Taiwan was a good thing, he said, but he called it a “performance,” done largely for political reasons, to convince Americans that, hey, Democrats are tough on China, too!

If Pelosi comes home and cooperates on Republican initiatives, he said, this will be a positive step. But “if she comes back and gives a cold shoulder to everything Republicans want to do, then we’ll have to say this was a hypocritical trip, and has not really stopped the Chinese Hundred-Year Marathon at all.”

This entire episode of Life, Liberty & Levin is highly recommended watching. It’s all about how China is closing the gap on America, very deliberately so, and it’s quite an eye-opener. I hope our own administration and military aren’t as asleep at the wheel as they seem to be, but I am not optimistic. They appear much more concerned about “wokeness” and pronouns than they are, say, about China taking over shipping lanes around the world: Panama, South America, Western Africa, Southeast Asia. The CCP is positioning its chess pieces all over the globe. Assuming it’s not too late by then, the next administration will have to be on top of this from the start.