If religion is merely a way of making meaning in an otherwise meaningless universe, then Mickey Mouse will work as well as Moses. 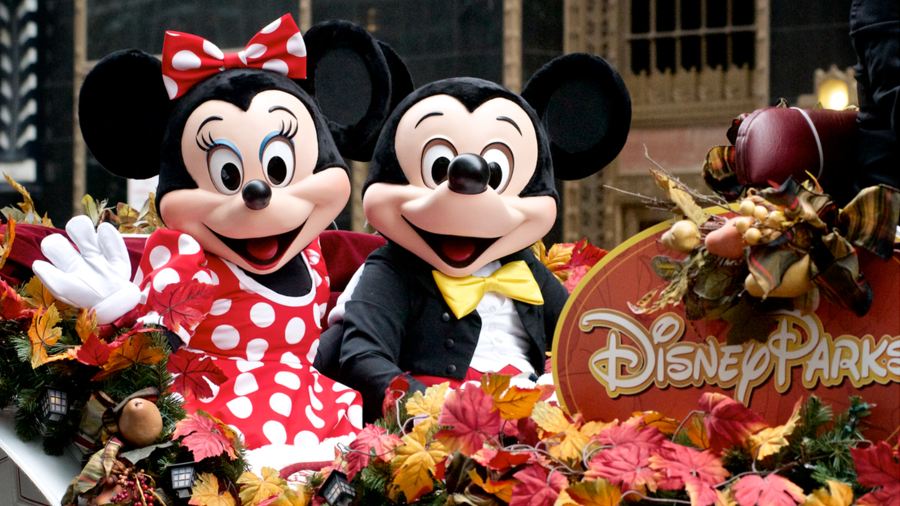 For much of history, people have marked deaths and marriages with religious ceremonies and sacraments. In a time of rapidly declining religiosity, some are now looking to alternative spiritual authorities to give meaning to their most important moments. Spiritual authorities like, say, Mickey Mouse.

Recently, a Reddit post by a newlywed couple went viral after they asked whether it was impolite to spend their entire catering budget on an appearance by Mickey and Minnie Mouse. “My fiancée and I are huge Disney fans,” wrote the 28-year-old bride, “we travel to Disney World as much as we can throughout the year. Disney is such an important part not only to us, but also our marriage.”

The problem isn’t people who love fantasy too much. It’s people who have nothing better to love, and a culture that tells them they may just as well wish upon a star as call upon the Lord.

The bride and groom chose to pay for a 30-minute appearance from performers dressed as the iconic characters rather than buy food for their wedding guests. Not surprisingly, some in attendance took umbrage, as did people online who read the post, calling the couple childish and selfish.

A professor of religious studies at Lehigh University, however, defended the couple and urged her Twitter followers to “stop pathologizing Disney adults.” She explained:

Many of the Disney fans I have observed in person and online find immense meaning in the parks. People don’t just marry at Disney. They mourn lost relatives at Disney. They go to Disney to celebrate surviving cancer. They go there for one last trip before they die. Religion is a way of making meaning in the world through stories and rituals. It’s about a network of relationships with the human and non-human. … It’s about making homes and confronting suffering. … All of this happens at Disney.

The professor is correct that some people view Disney and its theme parks in religious terms. Not long ago, reports emerged that Disney was secretly working to stop guests from scattering the ashes of their deceased loved ones at their parks. Apparently, urns of human remains are so often emptied, employees have code words to warn of that kind of cleanup.

The fact that some now look to cartoon characters and amusement parks to bless and sanctify their lives signals how spiritually impoverished and hungry their lives have become. Of course, Disney is just one of many religious alternatives on offer in a culture like ours. We could easily question the amount of money spent on sports or travel or distractions of various kinds. People who look to the state or the screen or to sex for meaning and purpose are just as lost as those who look to Disney for it.

The Truth That Gives Meaning

There’s also the matter of how religion is understood in a secular society. If, as the professor wrote, “Religion is a way of making meaning in the world through stories and rituals,” then Disney fits the description. But this assumes that religious faith is subjective, based in fiction — not reality, a product of the imagination — not reason. If religion is merely a way of making meaning in an otherwise meaningless universe, then Mickey Mouse will work as well as Moses.

This is how secularists define religion and, tragically, how some participants of traditional religions live out faith. However, a social club gathered around nice fables no one is really convinced of is a hobby, not a faith. Christians insist that worship is directed to the real God who stepped into real history, died on a real cross, and really left behind an empty tomb. As the Apostle Peter put it, “We did not follow cleverly devised stories when we told you about the coming of our Lord Jesus Christ in power, but we were eyewitnesses of his majesty.”

Faith isn’t a way of inventing meaning where there is none. Nor is it built on any other patronizing definition that could include Cinderella as easily as Christ. The Gospel isn’t a “cleverly devised story.” It is the truth of all of reality, the truth that gives meaning to our lives, our marriages, and, yes, our deaths.

The fact that people in an increasingly irreligious culture look to the Magic Kingdom as a replacement for God only reinforces the kind of creatures we really are: “incurably religious” ones, as John Calvin put it. We seek because we were made that way by the One we truly seek. And, what we seek is real, not make-believe.

Building lives around cartoons is disturbing and sad. But the problem isn’t people who love fantasy too much. It’s people who have nothing better to love, and a culture that tells them they may just as well wish upon a star as to call upon the Lord.