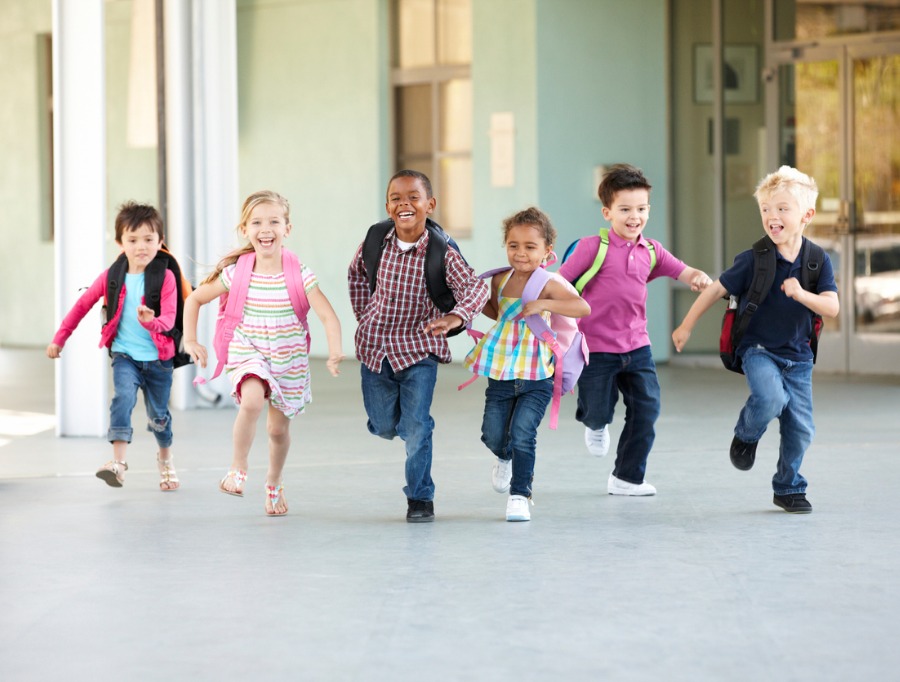 Most students around the country haven’t been to school since March, when large parts of the country began to lock down in response to the COVID-19 pandemic. Now, the data increasingly suggests that reopening schools entails the least risks and should be a goal of every level of government.

The early hope was that the closures would be temporary, such as Michigan’s school-closure order that was originally meant to end in April — but that was extended for the rest of the school year.

>>> What’s the best way for America to reopen and return to business? The National Coronavirus Recovery Commission, a project of The Heritage Foundation, assembled America’s top thinkers to figure that out. So far, it has made more than 260 recommendations. Learn more here.

School closures have been a particular burden on families during the pandemic, but new information increasingly shows that school-age children are at the lowest risk of mortality, of severe disease, and possibly of even contracting the virus.

Reopening the schools may be one of the safest activities the nation can restart with tremendous benefit for Americans, and governments should make it their goal to do so.

What Does the Science Show?

There are several studies that suggest children are less likely to be infected by the virus. A pediatric organization, Don’t Forget the Bubbles, compiled some of those and found that children were consistently less likely than adults to contract the virus.

For instance, a study from Japan found that the COVID-19 attack rate among those younger than 20 — that is to say, the rate at which those exposed become infected — was 5.5%.

A study in Australia looked at the behavior of COVID-19 directly in the school environment. The study included 15 schools, both primary schools and high schools, and found that 863 exposures to confirmed cases, including nine students and nine staffers, resulted in two possible transmissions of the virus.

The risk to school-aged children is low enough that several health and medical organizations around the world have endorsed a resumption of in-person schooling for children, such as the American Academy of Pediatrics, the es the nation can restart with tremendous benefit for Americans, and governments should make it their goal to do so. of the U.K., and the National Institute for Public Health and the Environment of the Netherlands.

But What About Teachers?

But what of teachers and other staff?

Most of the mortality due to COVID-19 has been in the 65 and over age group. According to a Centers for Disease Control and Prevention report, mortality among persons under 19 years of age was statistically zero.

The average age of schoolteachers in America is about 42 years old, with 81% of them below 55 years of age. That means that most of America’s teachers are outside of the high-risk group for both mortality and for ICU admission.

Those figures should be at least somewhat reassuring to teachers, but regardless, it’s reasonable to implement precautions to prevent the spread of disease. After all, teachers still interact with other adults, and students are resistant — but not impervious — to the virus.

Most medical organizations endorsing school reopenings also recommend masking and social distancing where possible. Schools should also designate foot-traffic flow to minimize congestion and reduce contacts. Outdoor activities or outdoor use should be maximized, as COVID-19 seems to be less transmissible in open air.

The American Academy of Pediatrics has more in-depth guidelines.

Not Letting the Perfect Be the Enemy of the Good

As state and local governments try to resume classroom learning in the fall, it’s important not to let the “perfect” be the enemy of the “good.”

If a school has difficulty meeting all of the guidelines, it should not be forced to reopen, but also should not be prevented from resuming classes. Children are notoriously uncompliant with following procedural rules, and ultimately, it may be futile asking adolescents, much less kindergarteners, to walk in certain directions or to keep masks on their faces for hours a day.

Children are at low risk themselves and present low risk to others, even if they have trouble following all the mitigation rules. At the same time, keeping children at home might expose them to considerable risks to their educational progress, their mental health, their nutrition, and alarmingly, even their safety and welfare.

One of the most important goals of reopening the country is resuming some degree of regular school life for the nation’s children.

Considering the low risks of COVID-19 for schoolchildren, in-person schooling this fall may be one of the safest activities we can restart. Considering the risks of isolating children at home, it may be negligent of us not to.

Kevin Pham, a medical doctor, is a contributor to The Daily Signal and a former graduate fellow in health policy at The Heritage Foundation.

One Day Everything Will Be Shaken