Why I Have Faith in Jesus: An Open Letter to Billie Eilish 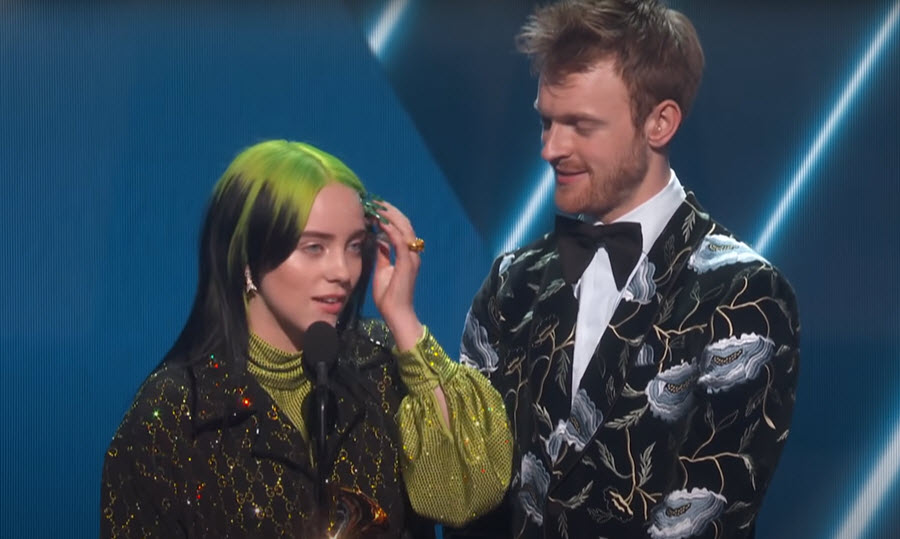 Billie Eilish accepts the GRAMMY for Song of the Year with her brother Finneas O'Connell for "Bad Guy" at the 2020 GRAMMY Awards in Los Angeles, CA.

Billie Eilish is an eighteen-year-old American singer and songwriter. Earlier this year, she became the youngest ever to win the four main Grammy categories — Best New Artist, Record of the Year, Song of the Year, and Album of the Year — in the same year.

In a new episode of her podcast, me & dad radio, she opened up to her father about her past faith and how it has impacted her views of religion today. “I don’t know if any of you know — I don’t think I’ve ever talked about it. When I was little, when I was a little kid, I was super religious for no d*** reason,” she said. “My family never was religious. I didn’t know anyone that was religious. And for some reason, as a little girl, I just was incredibly religious.”

She continued: “And then at one point, I don’t know what happened. It just completely went away.” Now, she says, “I’ve loved the idea of other beliefs. And I think people with closed minds, people like me from a couple years ago — I think that’s very pathetic to have a closed mind. It’s very lame.”

My Hope and Intention

Eilish described her current place: “I don’t, not believe and I don’t do believe. I’m in a very neutral position. I’m open to every belief pretty much.” She added that she loves “the idea that there’s a God. So why not? How would I know? I’m not going to say I know I don’t, nobody knows.”

As I note below, Billie Eilish’s beliefs are important not just because of her cultural influence but because she speaks for so many people. I would like to respond to her in a way that I hope is helpful to you as you engage with the people you know who share her beliefs.

In addition, I have long championed the belief that we should not say about people what we are not willing to say to them (cf. Matthew 18:15). In that spirit, I’ll share with you the letter I emailed to her on Wednesday.

My Letter to Billie Eilish

I am a Christian minister and writer in Dallas, Texas. I read about your comments on religion in your latest podcast and wanted to thank you for your honesty in saying what so many people think.

You said that to be religious is to have a “closed mind” and that we should be “neutral” about belief in God since “nobody knows” whether God is real. Growing up, I felt the same way.

My father was very religious when he was a young man, but when he enlisted in the Army during World War II, he experienced such horrible atrocities that he never attended church again. As a result, I grew up, like you, in a home with no religious practices at all.

I used to stare at the sky at night, wondering if there is a God “up there.”

I used to stare at the sky at night, wondering if there is a God “up there.” I decided that there’s no way really to know, so we should be open to everyone’s beliefs and tolerant of all viewpoints.

When I was fifteen years old, some friends invited me to attend their church. For the first time, I heard the message of Christianity: the God who made us loves us so much that he sent his Son to offer us a personal, life-changing relationship with himself. If we will ask Jesus to forgive us for our mistakes (which we’ve all made) and invite him to be our Lord, he will give us a new life on earth and eternal life in heaven.

I asked Jesus for this new life, and he heard my prayer. He changed my life and gave me a hope and peace I have found nowhere else.

Why Faith in Jesus

However, my new faith in Jesus did not answer all my questions. Like you, I wondered how we can “know” if God exists and whether any religion is the right one. I have spent the last four decades seeking answers to those questions. Let me share three discoveries I’ve made.

First, I discovered that there is amazing evidence for the existence of God, the historicity of Jesus, and the truthfulness of the Bible. This evidence does not answer all our questions or remove all our doubts, but it shows us that the Christian faith is reasonable and based on facts.

Second, I learned that to be “open to every belief,” as you suggested, is hard to do when these beliefs contradict each other.

If you believe your father is alive and I believe that he is not, one of us must be wrong. In the same way, if Jews are right in saying that Jesus is not the Messiah, Christians are wrong in saying that he is. If the “five pillars of Islam” are the right path to heaven, all other religions are wrong.

Rather than different roads up the same mountain, it’s as though there are different keys to heaven’s door. If one works, the others do not. (To read more, go here.)

Third, I discovered that Jesus offers us not a religion but a relationship.

Religions teach a path to find God through our efforts, while Christianity teaches that God has come to find us. Our hope is not based on what we can do, but on what Jesus has done.

The Proof is Found in Experience

However, as with every relationship, this relationship cannot be proven, only experienced. I cannot prove to you that I love my wife or that she loves me. You would have to know us personally to experience what we experience.

It is the same with knowing whether God exists or not. The best way to answer the question is to experience him for yourself. If you will do what I did, asking Jesus to forgive your mistakes (something we all need to do) and to become your Lord, he will give you a life filled with hope, purpose, and joy.

It’s been said that Christians are beggars helping beggars find bread. I am honored to share my bread with you.

P.S. If you’d like to talk about the hope we can experience in Jesus, you can reach me any time through our website.

Dr. Jim Denison is the founder of the Denison Forum. His Daily Article reaches 1.5 million people monthly with subscribers in 226 countries. Follow him @JimDenison.