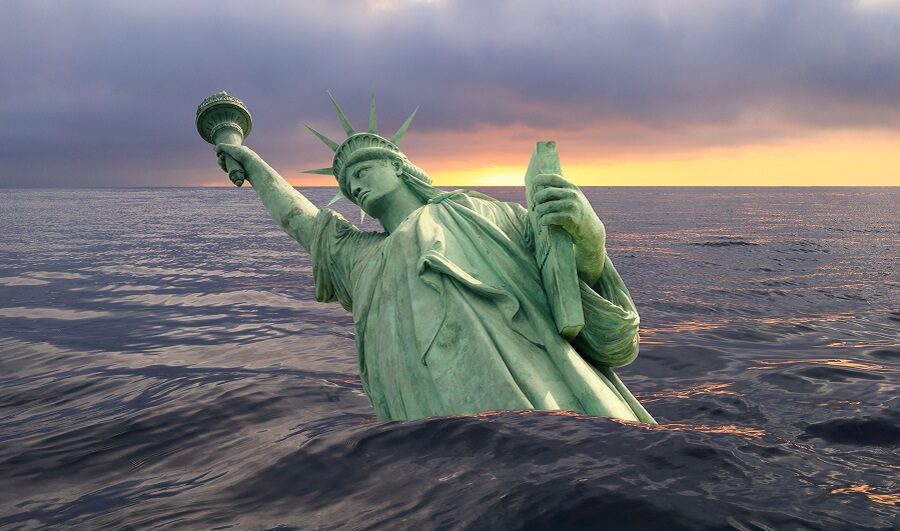 There are many ways in which to divide humanity — the decent and the indecent, the happy and the unhappy, the cowardly and the courageous, those who lead and those who follow, etc.

Those who seek to control others and those who seek to be controlled by others would seem to be on opposite ends of the political spectrum. But they are not. Both groups are overwhelmingly populated by individuals on the Left.

They currently dominate four of the five English-speaking countries (the United Kingdom may be the one exception). The ease with which Australians, Canadians and New Zealanders have accepted the loss of liberty in their respective countries has been the saddest and most frightening development since the rise of totalitarianism in the early 20th century.

A Beacon of Liberty

Even sadder and more frightening has been the acceptance of authoritarianism by half of the American people. America has been the beacon of liberty in the world. America was the country to which France gave the Statue of Liberty. America has been, as President Abraham Lincoln characterized it, “the last best hope of Earth.” America’s self-image has been that of a “sweet land of liberty” and of “the land of the free and home of the brave.”

Then came a new virus (one with a survival rate in the 99% range for nearly all age groups except older adults who are also very sick), and suddenly, in the name of “public health,” no amount of suppression of liberty, no matter how irrational, has been resisted by the majority of Americans or almost any citizens of the other English-speaking countries.

The citizens of Australia’s biggest states are not allowed to leave their homes for more than a few hours a day, not allowed to congregate with other citizens even outdoors, not allowed even to speak with one another outdoors. For more than a year and a half, Australians have not been allowed to leave their country without the express permission of their government, which will decide whether they have a good enough reason. And, of course, church services are forbidden. Australians, Canadians and New Zealanders, most of whom are thoroughly secular, have only contempt for their compatriots who wish to attend religious services.

Meanwhile, a large percentage of Americans support a president of the United States who offers government and an enormous number of private-entity workers a choice between getting vaccinated — no matter how young they are, and whether they already had COVID-19 — or losing their job. In other words, many Americans support firing any unvaccinated fellow citizens who work for the government, the medical professions or privately owned companies with 100 or more employees.

Half of America supports a president who portrays the other half of America as an enemy, their fellow Americans as people for whom they should have hatred. No American president has ever given as divisive a speech as the one in which President Joe Biden announced his vaccine mandates (something he denied wanting to impose only nine months ago, in December of 2020). Lincoln, despite the Civil War, a war in which more Americans were killed than in all other American wars combined, called on Americans to have “malice toward none.” Biden, as mean-spirited a president as this country has ever had, has called for malice toward 100 million Americans, declaring, “our patience is wearing thin.”

The Left-Wing Assault on Liberty

There is a three-pronged left-wing assault on liberty: in the name of public health (COVID-19), in the name of “anti-racism” and in the name of saving the planet (climate change). By ratcheting up fear and hysteria, the Left is using each to end individual liberty, including freedom of speech, for the first time in American history.

Will the Left succeed?

Unless Americans fight the Left as hard as the Union fought the slave states, the answer is yes.