"Is man really capable of altering the course of an infectious disease through crowd control?" Rand Paul asked. 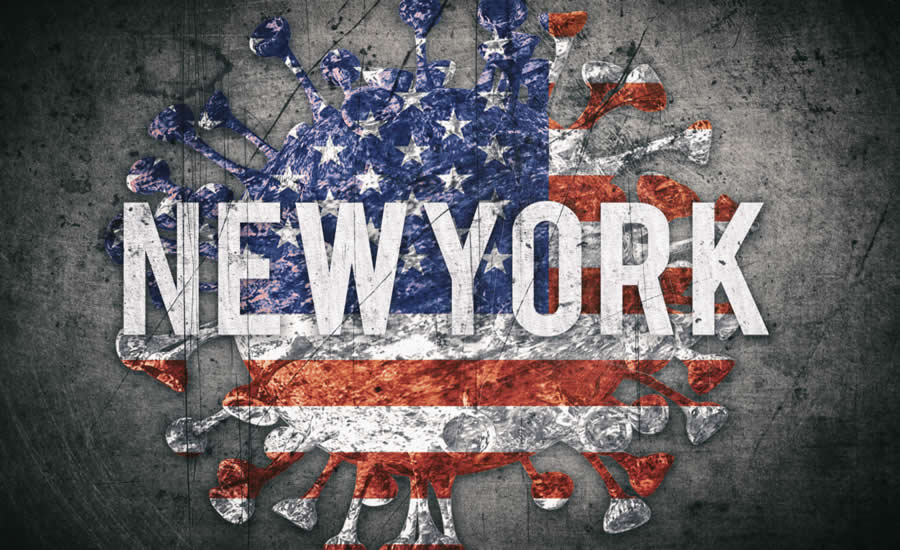 During a Senate committee hearing, the Kentucky Senator asked Dr. Fauci how he could laud New York’s lockdown policies when the Empire state has “the highest death rate in the world.”

New York’s results were a sharp contrast to many other nations, including Sweden, which had a death rate about one third that of New York despite having few government mandates and mostly voluntary guidelines.

The COVID-19 Statistics From New York Are Bleak

Fauci admitted that New York had “made mistakes” — likely a reference to Cuomo’s order that effectively forced nursing homes to admit COVID-19 carrying residents released from hospitals — but said Paul was mischaracterizing the facts.

“You misconstrued that Senator, and you’ve done that repeatedly in the past. [New York] got hit very badly. They’ve made some mistakes,” countered Fauci, adding that New York’s more recent success is the result of effective implementation of the White House Coronavirus Task Force’s recommendations, including frequent handwashing, social distancing, and the use of face masks.

It’s unclear which point Fauci was alluding to when he said Paul was misconstruing the record. But Paul was correct on at least two points.

First, Paul’s figures are accurate. New Jersey and New York do have higher COVID-19 death rates than any single nation in the world, with 1,825 deaths per million and 1,707 deaths per million, respectively. Additionally, New York’s death rate is indeed about three times that of Sweden (581 per million).

If one dislikes the comparison between New York and Sweden, other measures are equally bleak for New York. Data from The Economist and Centers for Disease Control and Prevention show that New York City has the most excess COVID-19 deaths in the entire world, data analyst Justin Hart pointed out on Twitter.

Dr. Fauci challenged @RandPaul's assertion that New York City had the WORST record for #COVID19 in the world.

Sen. Paul is right. Data taken from The Economist, EuroMOMO, and CDC.

% of Excess deaths per 100K week over week.
NYC has THE WORST record in the world. 1/ pic.twitter.com/tULWUocMco

To be fair, it’s unclear if Fauci was actually questioning Paul’s figures. One might suspect that Fauci was challenging Paul’s assertion that Fauci had praised New York as a lockdown model. However, in July, Fauci did cite New York as an example of an effective government response to COVID-19.

“We know that, when you do it properly, you bring down those cases,” Fauci told PBS NewsHour’s Judy Woodruff in an interview published on July 17. “We have done it. We have done it in New York. New York got hit worse than any place in the world. And they did it correctly by doing the things that you’re talking about.”

The quote makes it clear that Fauci isn’t praising New York for its high death toll, but for the decrease in COVID-19 cases.

There’s no question that New York’s COVID-19 numbers have fallen precipitously. Much like Sweden, the Empire state has not experienced a “second wave” of coronavirus while many other parts of the world have — states such as California, Florida and Michigan, as well as countries such as France, Spain, and Italy. The question is why.

The truth is we don’t really know.

What Explains the Decrease in COVID-19 Cases in New York?

In his exchange with Paul, Fauci attempts to take credit for the drop in cases in New York, saying that New Yorkers are now heeding the Task Force’s guidelines — washing hands, using masks, social distancing, and spending more time outdoors.

Paul, on the other hand, suggested that places like Sweden and New York have seen their numbers flatline because they have reached a certain level of herd immunity, an idea Fauci rejected out of hand.

Are the numbers in Sweden and New York a reflection of the virus running its course or the effective management of government officials?

These are difficult questions to answer, especially for those of us who are mere economists, not epidemiologists or virologists. But economics can help us understand behavior and incentives.

One would be naive to assume Dr. Fauci has no incentive to proclaim that the government’s COVID-19 lockdowns have been effective. After all, the toll of the lockdowns — historic economic destruction, psychological deterioration, and vast loss of life — has been immense.

Looking for a Success Story

Fauci, the leader of the nation’s COVID-19 response team, has an incentive to show this destruction has not been in vain. New York offered such an opportunity.

The Empire State might have one of the highest COVID-19 death rates in the world, but its reversal in cases allows Fauci to turn a tragedy into a success story. New York’s change of fortune is the result of the plan. Fauci’s plan.

In a sense, as Paul pointed out, the pandemic has forced Americans to answer a difficult question.

“Is man really capable of altering the course of an infectious disease through crowd control?” Paul asked.

For Paul, the answer is clear.

“The statistics answer a resounding no,” Paul said. “The evidence argues mitigation efforts have failed to flatten the curve. That most countries regardless of public health policy suffered a significant spike in deaths and then a gradual decline.”

In a sense, Fauci and Paul are not just arguing over COVID-19 data. They are arguing about something much larger.

Many decades ago, the great economist Ludwig von Mises argued that a great deal of the struggle in society is over a simple question: who gets to design the world, individuals or authorities?

Mises, like his mentee F.A. Hayek, believed that central planners were a threat to society because they sought to enforce their own plan over those of individuals.

“What those calling themselves planners advocate is not the substitution of planned action for letting things go. It is the substitution of the planner’s own plan for the plans of his fellow-men,” Mises wrote in Socialism: An Economic and Sociological Analysis. “The planner is a potential dictator who wants to deprive all other people of the power to plan and act according to their own plans.”

It would be easier to dismiss Mises’s portrayal of the central planner as a “potential dictator” if America had not just endured two seasons of state-enforced lockdowns (for their own good) that resulted in 40 million job losses and a 33 percent annual drop in GDP as millions of Americans were effectively placed under house arrest.

The figures are shocking, but they are even more jarring if we discover the lockdowns were all for naught. Yet Mises suggests we should not expect central planners to acknowledge a mistake, whatever the results.

“[The central planner] aims at one thing only: the exclusive absolute pre-eminence of his own plan,” Mises wrote.

Many people might wonder how the state with the highest COVID-19 death rate in the world became a success story of the pandemic.

Ludwig von Mises would not be the least bit surprised.

Rand Paul Has Won Every Single Round Against Fauci