Why Do the Gospels Contain Unnecessary Details? 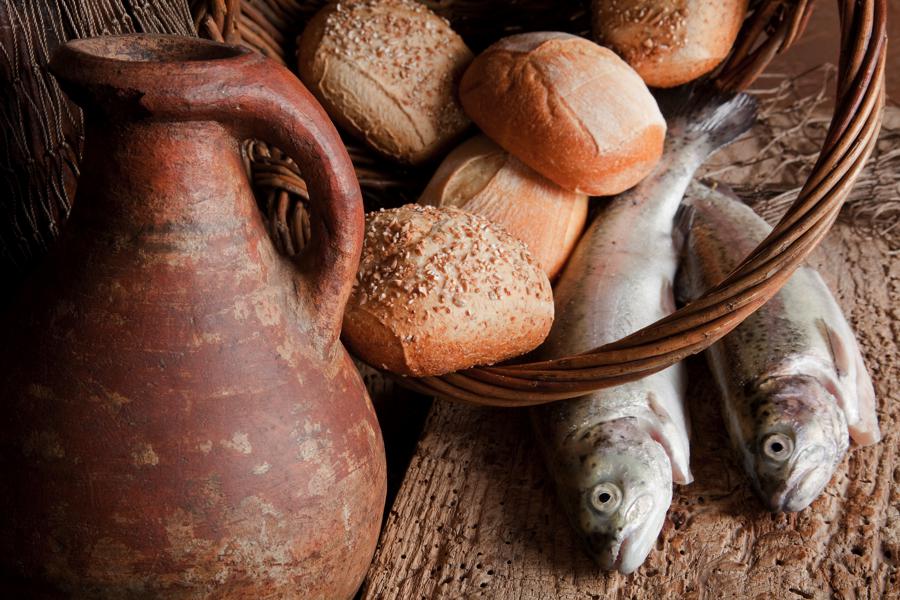 The four Gospels are full of pointless minutiae. Have you noticed this? For instance, John tells us there were six water pots at the wedding in Cana that could hold 20-30 gallons of water each. Well, that’s oddly specific. It serves no obvious theological meaning or literary purpose. Why are statements like these there?

Scholar Lydia McGrew calls these “unnecessary details.” She writes: “An unnecessary detail appears to be there for no special reason; it is just there because the author believed it was true. It lends verisimilitude to the account precisely by being so pointless, and in some cases (though not always) vivid. Such details are thus plausible marks of eyewitness testimony — either from the author himself or from one or more of his sources.”

If the Gospels are based on eyewitness testimony, this is exactly what we’d expect to find. And this is the sort of stuff you won’t find in apocryphal gospels, such as the Gospel of Peter or Thomas. Let’s look at a few examples and you’ll see what I mean. I’ll again be drawing from Lydia’s awesome book The Mirror or the Mask.

In John 1:39, we read that the disciples of John the Baptist went to where Jesus was staying at the tenth hour. It’s pointlessly precise and doesn’t seem to be symbolic at all.

In John 6:19, Jesus had just fed the 5,000. When the people wanted to make Jesus king, he slipped away to the mountain with his disciples. He sent them across the Sea of Galilee so he could pray, and that’s when the storm hit. You know, the famous water-walking incident. John notes that the disciples had rowed 25 furlongs before they saw Jesus on the water. Again, this is oddly specific and sounds like a memory more than fiction.

There’s also the great catch of fish after Jesus’ resurrection mentioned in John 21:11. John says they caught 153 fish, again quite a weird number to pick if this isn’t based on vivid memory. If the author of John had some sort of theological symbolism in mind, we certainly have no clue what it is. As I’ve explained in another post, the Gospel of John contains dozens of examples like these. For now, let’s look at a few examples from Mark.

In Mark 4:38, the author mentions in passing that Jesus wasn’t just asleep in the boat, but was “in the stern, asleep on the cushion.” All we needed to know is that Jesus was sleeping, the details about the stern and cushion add nothing to the story.

Also, there is the story of Jesus’ Triumphal Entry. Jesus had his disciples fetch a colt for him to ride on, and Mark is much more specific than the other gospel writers. He writes “They went away and found a colt tied at the door, outside in the street.” (Mark 11:4) In this instance, the colt was outside, not in a courtyard, and specifically at the door and in the street. These are unnecessary details that paint a vivid picture.

Furthermore, Mark has two different miraculous feedings, but there are little curious little details here. According to J. J. Blunt, the number and type of leftover baskets collected in each event differ consistently:

There was, no doubt, a marked difference between these two vessels, whatever that difference might be, for κοτινος is invariably used when the miracle of the five thousand is spoken of; and σπυρίς is invariably used when the miracle of the four thousand is spoken of. Moreover, such distinction is clearly suggested to us in Matt. xvi. 9, 10, where our Savior cautions his disciples against the “leaven of the Pharisees and Sadducees” and in so doing, alludes to each of these miracles thus: “Do ye not understand, neither remember the five loaves of the five thousand and how many baskets (κοφίνους) ye took up? Neither the seven loaves of the four thousand and how many baskets (σπυρίδας) ye took up?” though here, again, the distinction is entirely lost in our translation, both [words] being still rendered “basket” alike.

Mark 8:19-20 also maintains the distinction between the words used for “basket.” (κοτινος vs. σπυρίς) According to Blunt,

Such uniformity marks very clearly the two miracles to be distinctly impressed on the minds of the Evangelists, as real events; the circumstantial peculiarities of each present to them, even to the shape of the baskets, as though they were themselves actual eyewitnesses; or at least had received their report from those who were so. It is next to impossible that such coincidence in both cases, between the fragments and the receptacles, respectively, should have been preserved by chance; or by a teller of a tale at third or fourth hand; and accordingly we see that the coincidence is in fact entirely lost by our translators, who were not witnesses of the miracles; and whose attention did not happen to be drawn to the point.

Let’s look now to Luke, who gets oddly specific with trees. In Luke 19:4 he tells us that Zaccheaus climbed a sycamore tree. When Jesus told his disciples they could have faith to remove a sycamore tree in Luke 17:4, he uses a slightly different word. What’s up with the different trees? Either would work for a short person to climb and see over the crowd, or to illustrate Jesus’ lesson on faith. NT scholar Peter J. Williams specifies that this kind of sycamore tree didn’t grow in northern Mediterranean countries but it did grow in Jericho, where the story of Zacchaeus reportedly happened.

We see other external confirmations tied to unnecessary details. One instance would be John 5:2, which reads: “Now there is in Jerusalem near the Sheep Gate a pool, which in Aramaic is called Bethesda and which is surrounded by five covered colonnades.” Critics speculated John was referring to the five books of Moses’s Law until archaeology came along and confirmed this seemingly pointless mention of five covered colonnades.

These little pointless details aren’t so pointless at all, from an evidentiary standpoint. They give at least the appearance of being real and based on true testimony. So either the Gospel writers were just straight-up lying to give off this vibe, or they were honest reporters. While it’s possible they were intending to write some kind of historical novel, this genre didn’t come along until hundreds of years later. Regarding this “historical fiction” hypothesis, C. S. Lewis pulled no punches. He wrote:

I have been reading poems, romances, vision-literature, legends, myths all my life. I know what they are like. I know that not one of them is like this. Of this text, there are only two possible views. Either this is reportage — though it may no doubt contain errors — pretty close up to the facts … or else, some unknown writer in the second century, without known predecessors, or successors, suddenly anticipated the whole technique of modern, novelistic, realistic narrative. If it is untrue, it must be a narrative of that kind. The reader who doesn’t see this has simply not learned to read.

Lewis would be in a pretty good place to know, considering he held academic positions teaching literature and both Oxford and Cambridge.

I think the best explanation of these seemingly pointless details is that the Gospel writers were artless reporters of apostolic testimony. This is just another type of evidence found right smack dab in our Bibles. We don’t have to be an expert on 1st-century Jewish history or be a Greek scholar to share these.

Erik Manning is a Reasonable Faith Chapter Director located in Cedar Rapids, Iowa. He’s a former freelance baseball writer and the co-owner of a vintage and handmade decor business with his wife, Dawn. He is passionate about the intersection of apologetics and evangelism. Originally published on IsJesusAlive.com. Republished by permission.