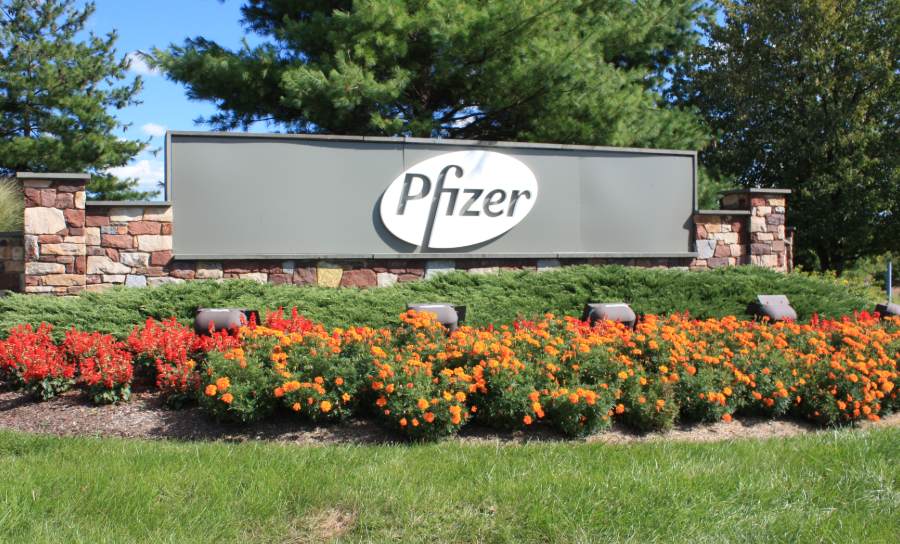 To everyone who has been suspicious of Pfizer’s delay in announcing their new vaccine — waiting until six days after the election although they reportedly knew in October — and even telling Biden’s people about it first, here’s some information about a Biden-Pfizer connection that might go a long way towards explaining that.

It’s in a report about a “charity” (I’m very sorry to have to use the quotes around that word, but I think I do) called the Biden Cancer Initiative — which, incidentally, gave out zero grants and spent zero money on cancer research.

(By the way, the Daily Caller story I linked to above falsely refers to Biden as “President-elect,” while the Newsmax story correctly does not. Just giving credit where credit is due, and that would be to Newsmax.)

In the New York Post’s report on this same story, there’s a lovely two-shot at the top of the page, showing Joe Biden on the right and a man named Greg Simon on the left. It’s from 2016 — and, at that time, Simon was the executive in charge of Obama’s “Cancer Moonshot Task Force.” That was shortly before this healthcare lobbyist went to work for the Biden organization, where he did very well for himself. Simon was paid $429,850 in fiscal 2018, and that was almost twice what he made the first year of their operation for fiscal 2017. The Biden Cancer Initiative spent most of its donations on salaries and, let me stress, gave out no research grants.

When asked about this, Simon defended it, saying the main point of the charity was not to give out grants (!) — that its goal was to find ways to accelerate treatment for all, regardless of their economic or cultural backgrounds. Oh, I see, he’s saying its goal centered around identity politics and “access” to treatment, not fighting cancer per se.

Simon might want to look at the stated goals of the organization, which are to “develop and drive implementation of solutions to implement progress in cancer prevention, detection, diagnosis, research and care, and to reduce disparities in cancer outcomes.” That last thing, “reduce disparities in cancer outcomes,” refers to the more identity politics aspect, but what about the “research” and all those other goals? Are they just there to implement the implementation? I’ll bet people who donated to the Biden Cancer Initiative thought their money was going to fund research grants.

Anyway, here’s how this possibly ties into Pfizer choosing to delay its announcement until after the election: Greg Simon is a former top executive for … drum roll, please … Pfizer Inc.

Writing Trump Out of the Picture

Pfizer took federal money to be part of President Trump’s “Operation Warp Speed” and create a vaccine as soon as humanly possible. And then, when it said it had one, initially even denied it was part of that project. Later, this had to be corrected.

Incidentally, Newsmax pointed out that Joe Biden’s tweet congratulating “the brilliant women and men who produced this breakthrough” and “the frontline workers who are still confronting the virus around the clock” failed to give any credit whatsoever to President Trump. The goal is no doubt to have President Trump written out of the narrative entirely. I apologize if it turns out that Biden has thanked the President elsewhere. But if he has, I haven’t seen it.

But back to the main point. Now, I hesitate to criticize something called the “Biden Cancer Initiative,” especially since it reportedly was inspired by the death of Joe Biden’s son Beau from brain cancer and because it has also been reported that Simon himself is a cancer survivor.

But one doesn’t have to look very far to see how political Biden’s “charity” was. Millions taken in, millions paid out in salaries and travel expenses, with absolutely no money given out in grants. The man in charge, a “longtime healthcare lobbyist” as described in the New York Post, making close to half a million dollars in one fiscal year.

Greg Simon goes way back with the Democratic Party. He was chief domestic policy adviser to Al Gore from 1993 to 1997. A blurb from Wikipedia describes him as “an American political aide who supported Joe Biden and Al Gore. His private sector work is concentrated in the pharmaceutical, biotechnology and telecommunications sectors.” He was on the Obama-Biden transition team and then joined Pfizer as a senior vice president in charge of policy and patient advocacy.

According to Techonomy.com, Simon was also the lead staffer for the Clinton-Gore administration for the development and passage of the Telecommunications Reform Act of 1996 as well as development of the National and Global Information Infrastructure. (Hey, maybe he helped Al Gore invent the internet!) Before joining Pfizer, he represented Gore on the National Economic Council, and helped negotiate the U.S.-Russia agreement on the International Space Station, and oversaw a number of key programs, etc.

Would it surprise anyone that in the weeks leading up to the Trump-Biden election, a company that had just developed a vaccine effective against COVID-19 — with money from President Trump’s initiative — might have delayed announcing it until six days after the election? Especially if someone very tightly connected with this company was a highly political supporter of the Democratic Party and, specifically, Biden for President?

As we reported yesterday, the CEO of competing pharmaceutical company Moderna, which has just announced a vaccine of its own that’s proven in stage-3 trials to be 94.5 percent effective (Pfizer’s was 90 percent), specifically thanked Operation Warp Speed.

I can’t help but wonder if the announcement of a vaccine before the election might have garnered Trump some thankful votes, for the fulfillment of a major promise. (That’s Trump: “Promises made … promises kept!”) I certainly get the impression that some associated with Pfizer assumed it might.

We’ll never know, but recall the recent survey that said 36 percent of Biden voters didn’t know about his and Hunter’s business dealings with China before the election. And if they had, 13 percent of them (4.6 percent of Biden’s total) said they wouldn’t have voted for him. That’s enough to change the outcome.

This is why the media tries so hard to control the narrative. And why we have to do everything possible to stop them.