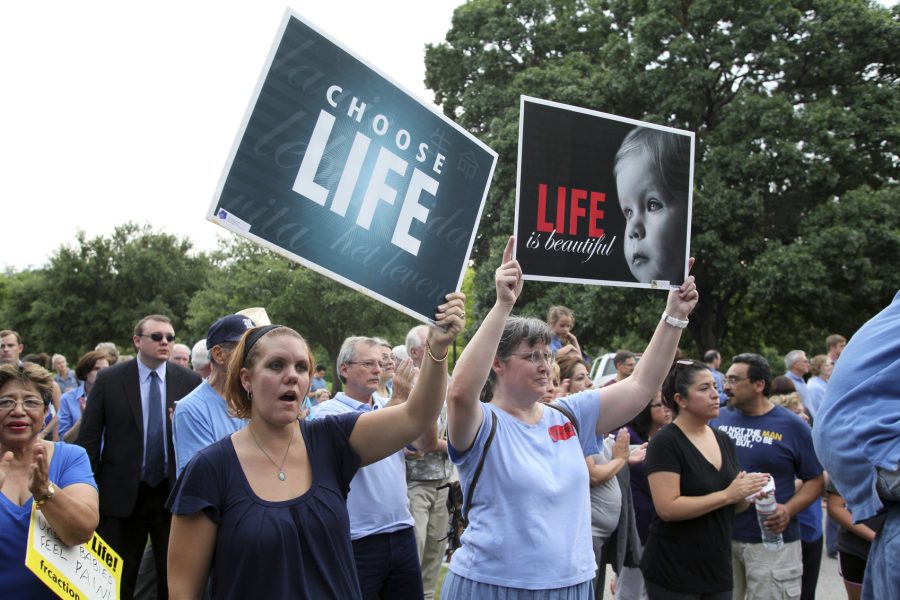 One thing that convinces me that the pro-life position is true is, interestingly enough, the behavior of pro-choicers. Obviously, pro-lifers believe that abortion takes the lives of “precious unborn human persons.” But ironically, the behavior of pro-choicers also reveals that, deep down, they also believe abortion takes the lives of innocent human persons.

A recurring pattern that emerges in interactions with pro-choicers is how they are unwilling to engage the arguments of pro-lifers. They instead seek to silence, censor, and shout down pro-life evidence. And on the occasions where they cannot ignore pro-life evidence, where they are forced to respond, their words and actions betray the deep internal insecurities that reveal what they really think abortion is and does.

Why is a pro-life display “hurtful, sometimes deeply so,” if the unborn are not human persons?

It’s like the pro-choice advocates know they cannot win a fair debate on the issue. Instead they must use sheer power to “suppress the truth in unrighteousness.” Witness how there are so few (if any) formal debates between spokespeople from each side on college campuses today. It’s not for lack of trying, though. Pro-life campus groups are always willing to host and sponsor formal debates in the university setting. But pro-choice groups usually demur and decline the invitation to debate, opting instead to pronounce the matter settled.

A Recent Case in Point

Last week, the pro-life organization Created Equal set up a display at Georgia State University (Atlanta, GA). The public university relegated Created Equal’s displays to the free speech area on campus between certain hours of the day. (One would think the entirety of a taxpayer-supported university campus would have First Amendment free speech protections at all times. But that’s another issue for another time and place.)

According to Created Equal, before they arrived on campus, the GSU administration sent out a campus-wide email to its students. The email, released by local newspaper The Atlanta Journal-Constitution (AJC), revealed that GSU was “not excited about the upcoming appearance” of the pro-lifers, and explained why GSU “would allow speech that is hateful or mean-spirited” on GSU campus.

Now why is a pro-life display “hurtful, sometimes deeply so,” if the unborn are not human persons? If the unborn are merely tissue mass, as the pro-choice side claims, then why would it deeply hurt anyone to see that our society is complicit in the removal of mere clumps of cells? It’s only hurtful if pro-life displays remind people of their guilt — the kind of guilt that one presumably wouldn’t feel since abortion doesn’t terminate the life of a baby. Or does it?

Let’s do a thought experiment: Suppose a fringe group believes that appendectomies and tonsillectomies are murder. The rest of us counter that appendices and tonsils are just human organs and not whole human beings themselves. Suppose, further, this fringe group says, all right, they’ll display images of appendectomies and removed tonsils on public college campuses. Would anybody care to block their pictures? Would anybody claim this is “hate speech” and deeply hurtful?

Most of us would say, go ahead, we don’t feel any guilt over having our appendices removed, and those pictures would actually prove our case that organs are not human persons. Their displays wouldn’t drive us to the point of censoring and covering pictures by standing in front of them.

While GSU’s email to students gives lip service to upholding “First Amendment guarantees of freedom of speech, freedom of expression,” does it take away with its left hand what it claims to give with its right? Created Equal claimed that a person connected to the university even stepped in front of their sign to block students from seeing it. They’ve documented their claims in a video on their YouTube channel.

They say that actions speak louder than words. And the actions of the pro-choice movement literally shout out that even they don’t believe their own stated rhetoric.

J.T. Wynn (@TheJTWynn) is a writer, designer, and media producer with a passion for integrating theology, apologetics, design, and media. J.T. holds a B.S. from USC, a Certificate in Foundations of the Faith from Gordon-Conwell Theological Seminary, and a Christian Ambassador Certificate from Stand to Reason.