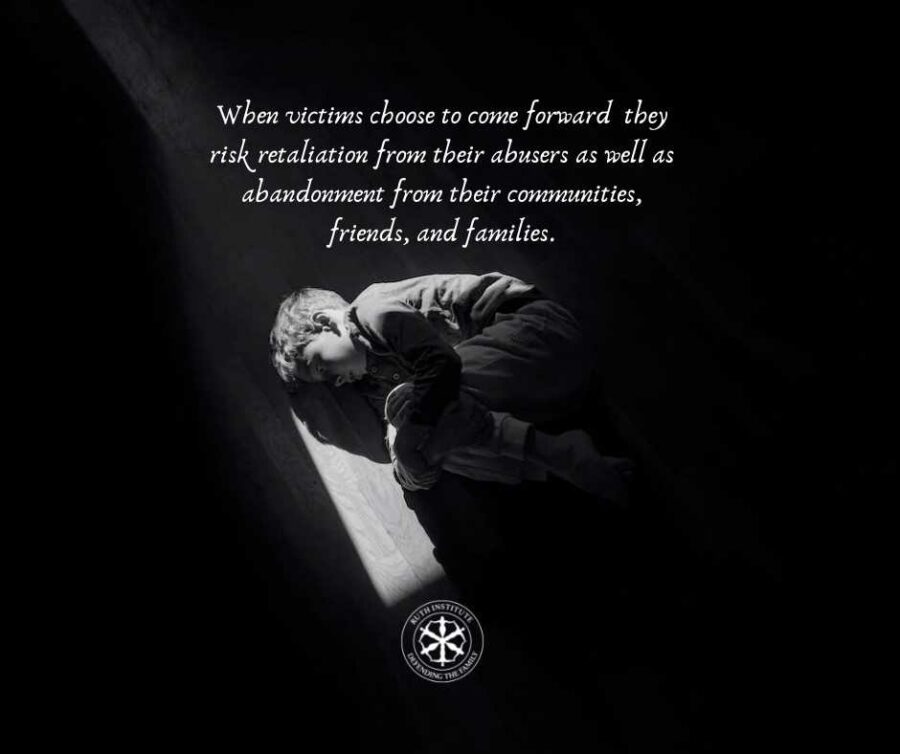 Why does it take so long for victims to come forward? Why do some victims not come forward or report clerical abuse at all?

Throughout the clerical abuse scandal, we have heard about victims coming forward years after they were abused. Here are some reasons why survivors of clerical abuse don’t always report the abuse:

The latest Dr. J Show guest is Dr. Michael J. New, Assistant Professor of Social Research at Catholic University of America. Hear him explain why abortion rulings in states have passed or failed and which pro-life legislations have been effective. (Hint: all of them.)

Working against the pro-life cause is the fact that the other side has far more money. The multi-million-dollar abortion industry, with the help of the increasingly brazen media, pushes the lie that prolife laws of informed consent, waiting periods, or parental notification criminalize all abortions. These three laws were upheld by the Supreme Court, and they have helped reduce abortion rates, Dr. New says.

Not only has pro-life activism caused an end to abortion being paid for by tax dollars via Medicare, abortion rates in the U.S. have dropped 50% since 1980, Dr. New reports. “Now only about one-third of unintended pregnancies in the U.S. are aborted. If more and more women are choosing life, it shows our efforts are effective.”

Learn more good news here, as well as how U.S. abortion laws compare to those in Europe, and how our pro-life counterparts overseas are encouraged by what’s happened in the U.S.

“Lesbian polar bears in a children’s cartoon shows that for the LGBTQ movement, you can’t start indoctrinating them too young,” said Dr. Jennifer Roback Morse, Ph.D., president of the Ruth Institute.

In a recent episode of Peppa Pig, shown in more than 180 countries, Penny, a young polar bear, innocently announces: “I live with my mummy and my other mummy. One mummy is a doctor and one mummy cooks spaghetti.”

Morse observed: “The introduction of a same-sex couple on Peppa Pig was the result of an LGBTQ petition that collected nearly 24,000 signatures over the course of two years. It’s too bad Peppa’s producers didn’t do a survey of parents to see how they felt about an effort to indoctrinate their kids through cartoon characters.”

“The Sexual Revolution is usually the squeaky wheel that gets the grease—whose demands are acceded to in the sacred name of inclusiveness. The goal is to get kids used to thinking about perversion as a natural and normal part of life.”

“What’s next for children’s television, a ‘transgendered’ turtle or a bisexual buffalo?”

“While this is dangerous, it isn’t exactly trailblazing,” Morse noted. “Last year, in an episode of the Disney Junior series Muppet Babies, Gonzo announced he wanted to go to the ball not as a knight but as a princess. His wish was granted by his Fairy-Rat Father, who transformed him into Gonzo-rella, replete with ball gown and tiara. And it didn’t even require ‘gender reassignment’ surgery or hormone therapy.”

“Like other radical movements, Sexual Revolutionaries know that the future lies with the young. Lenin once said, ‘Give me four years to teach children and the seed I have sown will never be uprooted.’ Except in our democracy, the LGBTQ movement has children for most of their primary-school education.”

Morse urged: “Parents must resist this indoctrination. Just like Drag Queen Story Hour, it’s a way of enlisting kids in the Sexual Revolution for life.”

Majority of Births in Britain Out of Wedlock

On Sacred Heart Radio’s “Driving Home the Faith” with Fr. Rob Jack, he and Dr. Morse discuss the troubling new statistic coming out of Great Britain: for the first time since records were kept, more births occurred out of wedlock than within.

The statistics show that women whose first birth is out of wedlock tend to have subsequent children with men who aren’t the father of the first child. In those circumstances, the first child is at higher risk of physical and sexual abuse.

Listen for the full story here.