Who’s More Irrational — The Religious or the Irreligious? 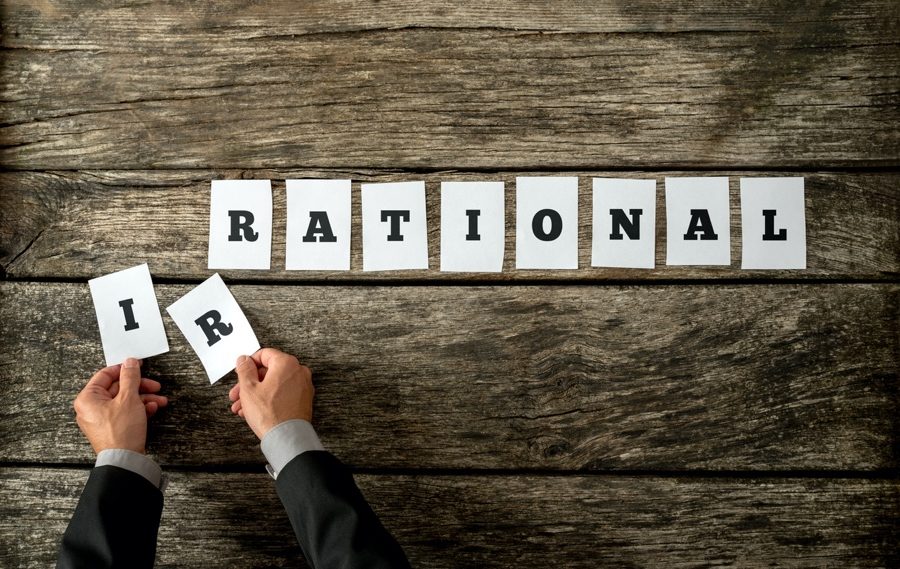 It is a secular axiom that secularism and secular people are rooted in reason, whereas religion and the religious are rooted in irrationality.

This is what almost every college professor believes and what almost every student in America is taught. Among the intelligentsia, it is an unquestioned fact. It helps explain why, after their first or second year at college, many children return to their religious homes alienated from, and frequently contemptuous of, the religion of their parents — and often of the parents themselves.

As a quote attributed to G.K. Chesterton puts it: “When people stop believing in God, they don’t believe in nothing; they believe in anything.”

At the time in their lives when most people are the most easily indoctrinated — approximately ages 18 to 22 — young Americans hear only one message: If you want to be a rational person, you must abandon religion and embrace secularism. Most young Americans are never exposed to a countervailing view at any time in their college life. (That’s why you should expose your college-aged child, grandchild, niece or nephew to this column.)

Yet, this alleged axiom is not only completely false, it’s backwards. The truth is that today the secular have a virtual monopoly on irrational beliefs.

One proof is that colleges have become the most irrational institutions in the country. Not coincidentally, they are also the most secular institutions in our society. In fact, the former is a result of the latter.

A Secular Monopoly on the Irrational

One could provide examples in every area of life. Here are but a few.

Only secular people believe that males — providing, of course, that they say they are females — should be allowed to compete in women’s sports.

Only secular people believe that a young girl who says she is a boy or a young boy who says he is a girl should be given puberty-blocking hormones.

Only secular people believe that girls who say they are boys should have their healthy breasts surgically cut off.

Only secular people believe it is good to have men in drag dance (often provocatively) in front of 5-year-olds.

Only secular people agree with Disney dropping use of the words “boys and girls” at Disneyland and Disneyworld.

Only secular people believe that “to be colorblind is to be racist.” That is what is taught at nearly all secular (and religious-in-name-only) colleges in America today.

Only secular people believe fewer police, fewer prosecutions and lower prison sentences (or no prison time at all) lead to less crime.

Far more secular Americans than religious Americans believed that the Cleveland Indians and Washington Redskins needed to change their names because “Indians” and “Redskins” were racist — despite the fact that most Native Americans didn’t even think so.

Who was more likely to support keeping children out of schools for two years; forcibly masking 2-year-olds on airplanes; and firing unvaccinated police officers, airplane pilots and members of the military — secular or religious Americans?

How many Western supporters of Josef Stalin — the tyrant who murdered about 30 million people — were irreligious, and how many were religious?

Stanford University, a thoroughly secular institution, just released an “Elimination of Harmful Language Initiative.” It informs all Stanford faculty and students of “harmful” words they should avoid and the words that should replace them.

Stanford asks its students and faculty not to call themselves “American.” Rather, they should call themselves a “U.S. citizen.” Why? Because citizens of other countries in North America and South America might be offended.

Two questions: Is Stanford’s claim that being blind is not a disability rational or irrational? And what percentage of those who make this claim are secular?

The list of irrational (and immoral) things secular people believe — and religious people do not believe — is very long. As a quote attributed to G.K. Chesterton puts it: “When people stop believing in God, they don’t believe in nothing; they believe in anything.”

What Good Religion Does

Yet, many people believe that the religious, not the secular, are the irrational people in our time. That, ironically, is just another irrational belief held by the secular. And, of course, it is self-serving — just as is the belief that more people have been killed by religious people (meaning, essentially, Christians) than by secular people. Yet, that, too, is irrational — and false. In the last century alone, 100 million people were murdered by secular — and anti-religious — regimes.

Yes, religious people have some irrational, or at least non-rational, beliefs.

But two points need to be made in this regard:

Is the Conscience Reliable?

Is Stealing Wrong? Not on the Left