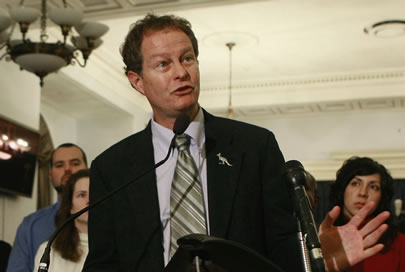 “Intellectuals have always disdained commerce” says Whole Foods Market co-founder John Mackey. They “have always sided … with the aristocrats to maintain a society where the business people were kind of kept down.”

More than any other outlet, Whole Foods has reconfigured what and how America eats and the chain’s commitment to high-quality meats, produce, cheeses, and wines is legendary. Since opening his first store in Austin, Texas in 1980, Mackey now oversees operations around the globe and continues to set the pace for what’s expected in organic and sustainably raised and harvested food.

Because of Whole Foods’ trendy customer base and because Mackey is himself a vegan and champions collaboration between management and workers, it’s easy to mistake Mackey for a progressive left-winger. Indeed, an early version of Jonah Goldberg’s best-selling 2008 book Liberal Fascism even bore the subtitle “The Totalitarian Temptation from Mussolini to Hillary Clinton and The Totalitarian Temptation from Hegel to Whole Foods.”