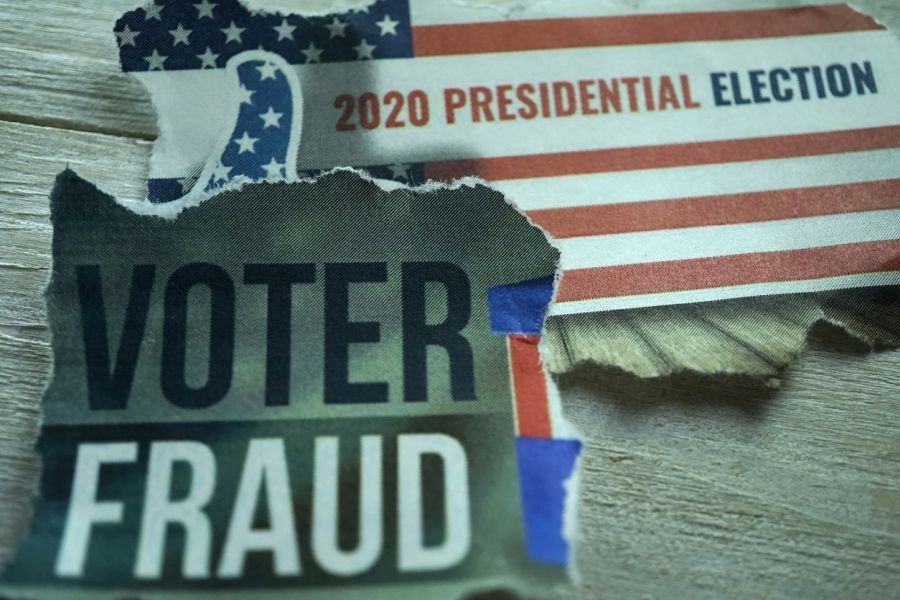 Yesterday, we brought you a preliminary update on the Maricopa County, Arizona, election audit from a source we felt we could trust, and our instincts turned out to be right. Sure enough, later that day, essentially the same information was reported at John Solomon’s website, Just the News, in an article by Daniel Payne.

Yes, the audit has turned up “significant irregularities,” as well as missing data, and this was confirmed by State Senate President Karen Fann. On Wednesday, she sent a letter to the Maricopa Board of Supervisors, seeking resolution to “three serious issues.”

First, there’s the continuing non-compliance with subpoenas issued by the state Senate. The county has refused to hand over numerous routers — or even images of routers — covered by the subpoena, citing security concerns.

In her letter, Fann proposed a solution to those concerns, suggesting that contractors hired by the Senate team “review virtual images of the relevant routers in Maricopa County facilities and in the presence of representatives of the Maricopa Sheriff’s Office.”

That seems like pretty tight security. But what do you bet they don’t go for it?

Her next concern related to the chain of custody of the ballots, which we also brought up yesterday. She cited “apparent omissions, inconsistencies, and anomalies relating to Maricopa County’s handling, organization and restoring of ballots” revealed by the audit, including a lack of chain-of-custody documentation as well as “a significant number of instances in which there is a disparity between the actual number of ballots contained in a batch and the total denoted on the pink report slip accompanying the batch.”

In just one batch, which is supposed to contain 200 ballots, the discrepancy was 35 votes. For an election in which, statewide, the margin between Biden and Trump was only about 11,000 votes, that does seem significant.

Also, our report on material from one database being erased turned out to be a very real concern. Fann wrote that an entire database had been deleted from a county election machine, and it appears this happened while the material was under subpoena. Data from that machine “suggests that the main database for all election-related data for the November 2020 General Election has been removed” from it.

Fann’s letter invited Maricopa County officials to a meeting this coming Tuesday, May 18, to resolve the issues without the need for additional subpoenas. She wants the meeting live-streamed to the public. The Epoch Times, in a premium story, has more details on that.

Fann proposed that one of the four companies hired to do the audit, CyFIR, could review the images on the routers with safeguards in place that would allow them just to look at the relevant material. “The Senate has no interest in viewing or taking possession of any information that is unrelated to the administration of the 2020 general election,” she assured them in her letter.

Dominion Refusing to Hand Over Passwords

Another concern we reported yesterday, about Dominion refusing to provide passwords to their machines, is also very real. This means that the election results are essentially uncheckable, which is completely unacceptable. (In fact, as long as Dominion takes this stand, NO STATE should continue using their voting system. It has not been proven reliable.) Fann said in her letter that “it strains credulity to posit that the County has no contractual right to obtain (i.e, control of) password information from Dominion.”

The Epoch Times has another premium story about their refusal to turn over the passwords.

It was shocking to learn from Maricopa County officials that they didn’t have the “administrative” passwords to the machines used for their own election, but that Dominion did.

Will Maricopa Officials Show Up?

At this writing, Maricopa officials still have not agreed to the May 18 meeting. According to a Maricopa County spokesperson who emailed The Epoch Times, “We’ve seen the tweets and the letter. Much of the letter is a misunderstanding of election operations.” The group met with their legal counsel on Friday and are planning a public meeting on Monday to address how to go forward.

A county judge ruled in February that the subpoenas issued by the state Senate are valid and should be obeyed. But here we all are in May, still waiting. Subpoenaed materials — machines, routers, and access to the technology used in the election — still have not been turned over. The county has said their own two independent audits “have already shown there was no foul play,” but those were very partial audits.

Democrats appear to be trying everything they can possibly come up with to stop this complete look at Maricopa County. If they really want to show there were no irregularities, then why don’t they let the audit go forward? Then, when nothing is found, they can laugh at Republicans with egg on their faces. Wouldn’t that be fun? Unless they think that’s not the way it would turn out.

Maricopa County Board of Supervisors Chairman Jack Sellers, who reportedly is a Republican, said Thursday that he won’t be attending the meeting on Tuesday. He also denied the allegations. Deleting files off the server “would be a crime,” he said, “and it is not true.”

“…The claim that our employees deleted election files and destroyed evidence is outrageous, completely baseless, and beneath the dignity of the Arizona Senate,” he said, calling for retractions of those accusations.

Well, maybe it wasn’t the employees. But it appears to have been done by someone, and we need to know who did it and why. Wouldn’t he like to know as well?

Audit to Resume May 23

For now, auditors are having to pack up and temporarily vacate Veterans Memorial Coliseum so that graduation events can be held there. The ballots will be secured at a nearby site, which is also on the state fairgrounds. (It apparently is not air-conditioned, so auditors will be waiting till the ballots can be moved back to the coliseum.) So far, about 500,000 of the nearly 2.1 million ballots cast in Maricopa County have been counted in the audit. They’ll be back to work at the coliseum on May 23, and there’s no deadline for completion of the audit. The idea is to get it done right. Thank goodness.

For now, we wait for the public meeting on Monday to see whether Maricopa County officials will cooperate.