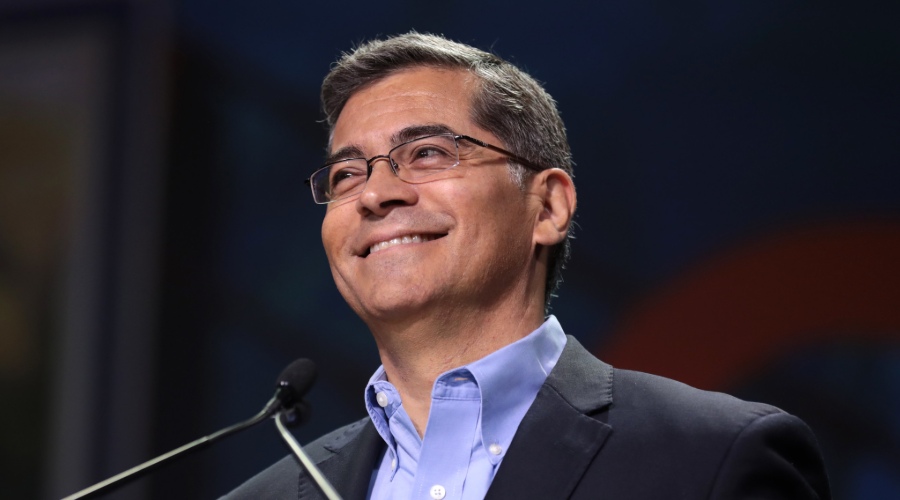 Joe Biden frequently says that he “seeks not to divide, but unify” Americans. But his announcement that he would like California Attorney General Xavier Becerra to lead the Department of Health and Human Services undercuts that sentiment.

Xavier Becerra has repeatedly demonstrated how unsuitable he is for the job of overseeing Americans’ healthcare. He has said the disastrous Affordable Care Act is a good start, but not a sufficient government intervention into healthcare. He has shown himself hostile to religious liberty. And he has targeted Christians who stood up to the immensely powerful abortion lobby and the unreasonable restrictions California’s progressive leaders placed on the free exercise of religion.

Biden selected Becerra over less controversial candidates, including former Michigan Gov. Jennifer Granholm and former HHS Secretary Sylvia Burwell. Unlike some of the other contenders, Becerra has never held a senior health policy position — but he has an extensive track record of supporting socialized medicine and targeting pro-life advocates. Becerra spent nearly 25 years in Congress before then-California Gov. Jerry Brown offered him the position of state attorney general in 2017. In that time, he made his disregard for responsible governance and free enterprise clear.

Becerra stated in 2017 that he supports so-called “Medicare for All” — a policy that progressives like Bernie Sanders have pushed for years, despite a projected price tag of more than $32 trillion. Biden has avoided endorsing Sanders’ policy, although his proposal for a taxpayer-funded “public option” shows that he has little interest in free-market healthcare solutions. Becerra will open the door for the far-Left to continue pushing for complete government control of healthcare.

The status quo is bad enough. Becerra supported the Affordable Care Act and continues to claim that “the ACA saves lives.” In reality, Obamacare caused insurance premiums to double, put 43 million Americans’ employer-based health insurance at risk, and put greater pressure on the already overstressed healthcare market. With Becerra as HHS secretary, middle-class families and small business owners can expect to foot the bill for greater government intervention in the economy — which is part of Becerra’s core conviction. During his time in Congress, he consistently opposed all efforts to reform our nation’s unsustainable welfare state, placing the blame on Republicans for trying to scale it back.

It’s bad enough that Becerra is dead set on pushing interventionist healthcare policies. But throughout his political career, he has demonstrated extreme views on what constitutes “healthcare” — and persecuted Christians and conservatives who dissented.

Becerra is committed to normalizing abortion. As a congressman, he opposed the Prenatal Non-Discrimination Act (PRENDA), which would have banned race- and sex-selective abortions. As California’s attorney general, Becerra attempted to enforce a law requiring pro-life pregnancy centers to refer women to taxpayer-funded abortion resources. The National Institute of Family and Life Advocates, which represents 150 pregnancy centers in California and many more nationwide, sued the state in 2018. The Supreme Court ruled that the law compelling pro-abortion speech from pro-life institutions violated the First Amendment. Becerra called the ruling “unfortunate” and insisted that the state would pursue other ways to distribute information on “healthcare options” such as abortion. As HHS secretary, he will be able to use the agency to foist similar policies on the entire nation.

A Biden administration will reunite Harris and Becerra and vest them with the power to continue targeting Christians and pro-life advocates.

Christians in California who did not wish to participate in abortion advocacy were able to hold off Becerra’s attacks. But those who have attempted to expose the abortion industry’s unethical behavior have not been so lucky. In 2015, Catholic pro-life advocate and investigative journalist David Daleiden released hidden camera footage exposing unethical — and possibly illegal — acts by Planned Parenthood employees. Then-Attorney General Kamala Harris proceeded to sue Daleiden and his associate, Sandra Merritt, for violating an anti-eavesdropping law — the first time that law had been used against a journalist. While the state eventually dropped most of the charges, Becerra filed new charges against Daleiden after taking office in 2017 — a move that even the left-leaning Los Angeles Times called a “disturbing overreach.” A Biden administration will reunite Harris and Becerra and vest them with the power to continue targeting Christians and pro-life advocates at taxpayers’ expense.

The global COVID-19 pandemic lockdown in California gave Becerra a role in yet another attack on Christians’ religious liberty. In October, Gov. Gavin Newsom issued a new series of orders that imposed arbitrary restrictions on houses of worship. And Becerra enforced them.

Rev. Trevor Burfitt, a Catholic priest, called the restrictions a “bureaucratic maze of absurd complexity” and filed a lawsuit against Newsom, Becerra and other officials. Fortunately, the Supreme Court once again upheld the First Amendment, but not before Becerra urged the justices to ignore appeals by Burfitt and other religious leaders. Disturbingly, Becerra cited churches’ resistance to lockdown orders as one of the reasons to dismiss their case. The suggestion that resistance to unjust laws deserves extra punishment is authoritarianism at its pettiest.

If Xavier Becerra brings this thinking to the executive branch, Catholics and other Christians must prepare for four years of hostility towards their First Amendment rights.

Chris Nagavonski is a writer and translator from Washington, D.C., who specializes in Eastern European affairs.

Originally published on the Acton Institute PowerBlog. Reprinted with permission.