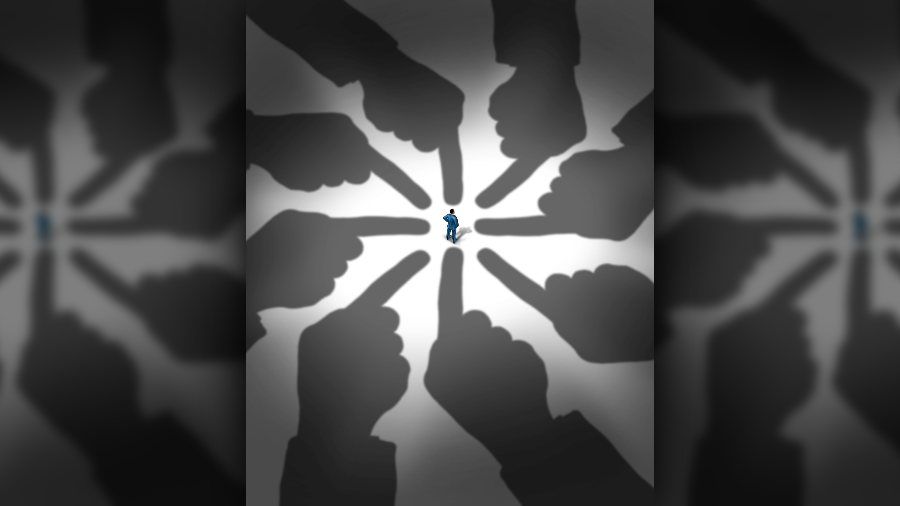 In Why the Jews? my book on anti-Semitism, there is a chapter on anti-Americanism. My co-author, Rabbi Joseph Telushkin, and I long ago understood that many of the reasons for Jew-hatred and America-hatred were the same.

Among them are envy of success — material, of course, but even more importantly, success in terms of influence. Another is the religious foundation of both peoples: Both America and the Jews are rooted in belief in God, belief they are a Chosen People and belief in the Bible, especially the Old Testament, as the book from which they derive their values.

America-haters and Jew-haters resent the enormous influence both nations have had on the world, have contempt for their belief in being Chosen and dismiss the Bible as irrelevant and even malevolent.

A Hatred of Capitalism

In the premodern age, Christian anti-Semitism was primarily animated by the charge of deicide — the charge that the Jews killed Christ, a charge that does not have a parallel in anti-Americanism. But beginning in the 20th century, the reasons for the two hatreds converged.

In his recent biography of Adolf Hitler, Brendan Simms, a professor of the history of international relations at Cambridge University, identified Hitler’s hatred of America and especially of capitalism as central to Hitler’s worldview: “Hitler’s principal preoccupation throughout his career was Anglo-America and global capitalism. … Hitler wanted to establish what he considered racial unity in Germany by overcoming the capitalist order and working for the construction of a new classless society.”

In other words, another commonality of America-hatred and modern Jew-hatred has been hatred of capitalism. The Nazis hated America and the Jews, both of whom they identified with capitalism. And the left (not the liberal, who traditionally loved America, but who has become the primary enabler of the left) hates America, which it regards as the paragon of capitalism. By becoming the most successful country in history, America, the quintessential capitalist country, remains a living rebuke to everything the left stands for. If America can be brought down, every left-wing egalitarian dream can be realized.

The question for the America-hater, just as for the Jew-hater, has been: How do we destroy them? What has always rendered anti-Semitism unique among ethnic and religious hatreds was its goal of extermination. No other ethnic bigotry is exterminationist. Regarding America, the left does not seek to exterminate Americans; the idea is ludicrous, since most of those on the left who loathe America are themselves American. What the left does very much seek is to destroy America as we have known it — the capitalist and Judeo-Christian enclave of personal freedom.

The Jews created something world-changing by introducing into the world the Hebrew Bible, a universal and judging God, the Ten Commandments, the rejection of the heart as the guide to behavior, the emphasis on justice (not “social justice”) and the doctrine of Jewish Chosenness. They were forever hated for this. So, too, is America hated for placing the Bible at the center of its value system, its belief in being a “Second” Chosen People, its freedoms and its capitalism. America is not hated for its slavery. If it were, given the ubiquity of slavery throughout world history, every country and ethnic group on earth would be hated. America is hated for its values and its success.

The fact is that, just as did the ancient Jews, the Americans made something unique: the American experiment in freedom. And it succeeded beyond even its founders’ dreams. With all its faults, America did become a shining “city on a hill” — the famous phrase first articulated in 1630 by John Winthrop echoing Jesus in the Sermon on the Mount and repeated throughout American history. For example, President Ronald Reagan, in his 1989 Farewell Address, said, “I’ve spoken of the shining city all my political life.”

And who created this unique place of liberty, opportunity and unequaled, widespread affluence? More than any other group, it was the WASP, the White Anglo-Saxon Protestant. I say this as neither Anglo-Saxon nor Protestant. Catholics, Jews, nonbelievers and members of every faith, ethnicity and race (blacks, in particular) made major contributions; but it was the WASP, more than any other group, who made America. And for that reason, America-hatred is WASP-hatred and, more broadly, white-hatred.

The idea that whites’ unique achievements — in making America, in music, art, literature and the sciences — means that white people are intrinsically superior is absurd. Hitler was also white, as was Joseph Stalin, as are most American mass-murderers. Those facts are no more a commentary on whites than Johann Sebastian Bach or Leonardo da Vinci being white is a commentary on whites.

Whites made the country and the greatest civilization — not because they were white, but because of the values they held. Hatred of the white is ultimately hatred of those values.

Given what the WASP has achieved in the West and in America, it takes extraordinary levels of dishonesty and ingratitude to be anti-white. But neither truth nor gratitude is a left-wing value.