The 5th Circuit's stay on Biden's vaccine mandate is a vital reminder of the importance of checks and balances on political power. 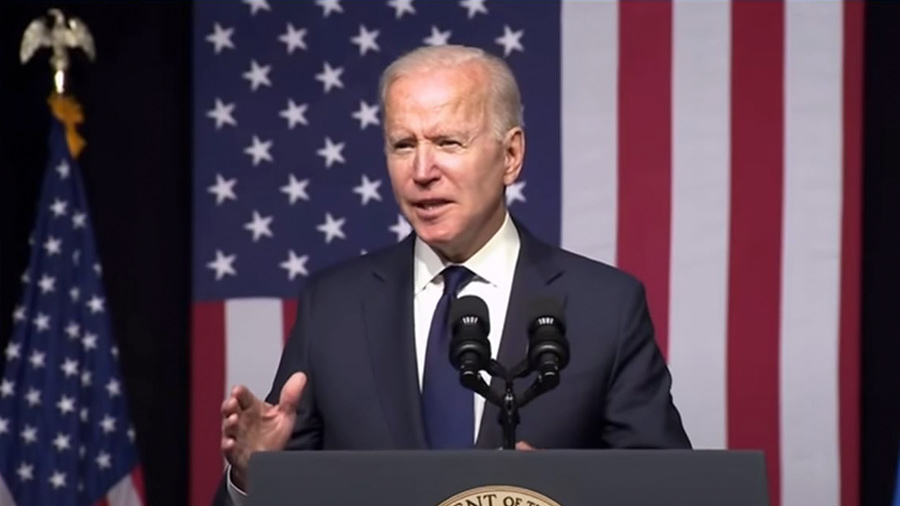 The emergency stay, issued by the 5th U.S. Circuit Court of Appeals, puts a hold on the administration’s requirement that those workers be vaccinated by January 4 or face other measures, such as weekly tests and mask requirements.

Louisiana Attorney General Jeff Landry had argued the Biden administration “could not impose medical procedures on the American people without the checks and balances afforded by the constitution.”

On Monday, despite the court’s order, the White House said companies should proceed with President Biden’s vaccine mandate, which carries fines up to $700,000 on companies that do not comply.

“People should not wait,” White House Deputy Press Secretary Karine Jean-Pierre told reporters. “They should continue to move forward and make sure they’re getting their workplace vaccinated.”

A “Misconception” About Vaccine Mandates

The 5th Circuit’s stay should come as little surprise. While there is a long history of vaccine mandates in the United States, there is no legal precedent for a vaccine mandate at the federal level.

This is why Lawrence Gostin, a Fulbright scholar and chair of global health law at Georgetown University, told NPR the Biden Administration had no authority to issue a nationwide vaccine mandate shortly before the White House announced its order.

“I should say that it’s a misconception that President Biden has the power to have a nationwide vaccine mandate,” Gostin said in August. “Traditionally, vaccine mandates have been imposed by cities and states.”

The Biden administration disagrees, claiming legal authority under the Occupational Safety and Health Act of 1970, which allows OSHA to enforce rules that are “reasonably necessary or appropriate to provide safe or healthful employment and places of employment.”

“We are pretty confident. The administration clearly has the authority,” Jean-Pierre told reporters last week. “The actions announced by the president are designed to save lives.”

The legal battle over vaccine mandates is just heating up. But it’s important to remember that regardless of how the Supreme Court rules, vaccine mandates are unjust and morally wrong because they violate individual rights — the only rights the federal government was charged with protecting.

When the Founding Fathers created the United States, they set out to create a government grounded in liberalism (in the classical sense). Pioneered by John Locke, this vision held that each person has equal and inalienable rights to their life, liberty, and property.

Many will point out that at its conception, not all Americans enjoyed these rights, and they’d be correct. But that’s not the point. The point is that the purpose of the federal government was to protect individual rights. To that end, the Framers created a Constitution with specific “enumerated powers” which clearly defined what the federal government could do to protect these rights.

“The powers delegated by the proposed Constitution to the federal government are few and defined,” James Madison wrote in The Federalist Papers. “Those which are to remain in the state governments are numerous and indefinite. The former will be exercised principally on external objects, as war, peace, negotiation, and foreign commerce; with which last the power of taxation will, for the most part, be connected.”

The fact that state governments have different powers and authority than the federal government can result in situations that are often confusing and messy, as the recent confrontation between the White House and the 5th Circuit shows. But this is actually a strength of the American system, not a weakness.

“The accumulation of all powers, legislative, executive, and judiciary, in the same hands,” Madison wrote, “whether of one, a few, or many, and whether hereditary, self-appointed, or elective, may justly be pronounced the very definition of tyranny.”

The White House should heed the words of a famous American president.

“….when the checks and balances in government and society that protect fundamental freedoms are lost, violence and mass atrocities can result.”

Jonathan Miltimore is the Managing Editor of FEE.org. His writing/reporting has been the subject of articles in TIME magazine, The Wall Street Journal, CNN, Forbes, FOX News, and the Star Tribune.