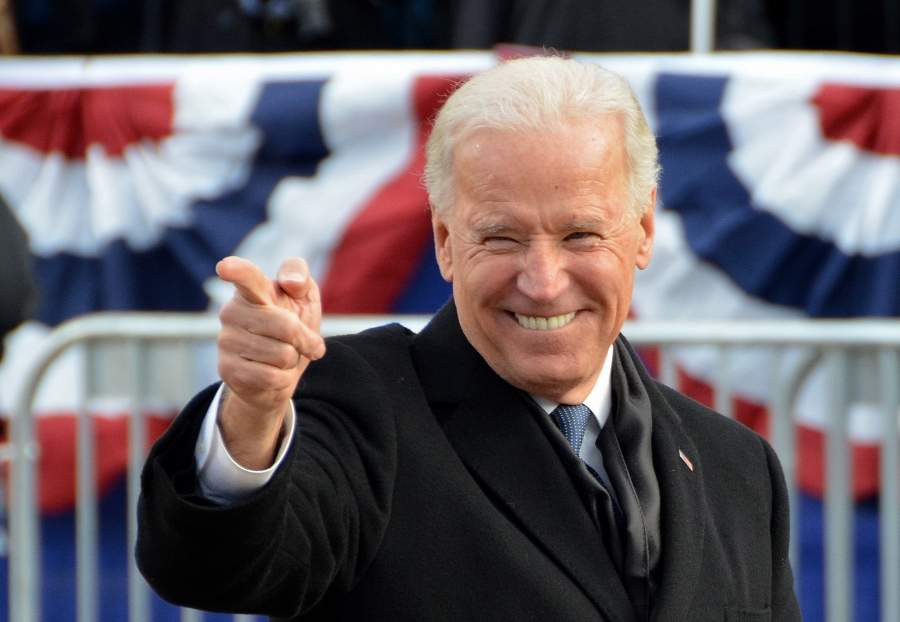 Presidents usually have tremendous leeway in what they say in conversations with foreign leaders. Certainly we never hear the content of most of those conversations. Recall that if it hadn’t been for the accident of an open mic, we never would have heard then-President Barack Obama conveying a message to Vladimir Putin via the outgoing Russian president that he’d have “more flexibility” after the election to negotiate a defense issue. Imagine if it had been Trump overheard saying something like that.

Intelligence Community Inspector General Michael Atkinson received the whistleblower complaint on August 12. He briefed the Intel Committee Thursday behind closed doors, and then what did the chairman, Adam Schiff, immediately do? Hold a press conference. (Anyone standing between him and the cameras risked a serious trampling injury.) If Schiff wants to know where the real problem is, he needs to look in the mirror.

Casting an Eye at Ukraine

The Washington Post now has an update, reporting that the story may involve Ukraine. As the NYT reported back in April, Rudy Giuliani tried to get Ukraine to investigate to find out whether some Ukrainian officials took steps in 2016 to damage then-candidate Trump’s campaign, as well as look into the relationship between former Vice President Joe Biden’s diplomatic role in that country and his son Hunter Biden’s work with a gas company there. If that’s what the latest hysteria is about, the story may backfire spectacularly on Democrats who are trying to implicate Trump in something inappropriate.

We’ve covered Joe Biden’s bragging last year about threatening to pull a loan guarantee from the Ukrainian government unless they fired the prosecutor who happened to be investigating a company that had Hunter on its board of directors. That happened while the senior Biden was Vice President, though most news media have shown spectacularly little curiosity about it.

Was President Trump seeking help from the Ukrainian government to find out what father and son were doing? And if so, was that inappropriate?

And does Congress necessarily get to know about this? Under the Constitution, is it their business? Former deputy Assistant Attorney General John Yoo told Fox News’ Shannon Bream Thursday night that under the statute covering this situation, the Director of National Intelligence has an obligation to let Congress know about a complaint if it’s “something of urgent concern” and within the DNI’s jurisdiction. If the rumor that this is about Biden and his son is correct — and at this writing, we don’t yet know — then President Trump is conducting personal diplomacy that is not within the jurisdiction of the DNI.

Trump doesn’t work for Congress, either. And Congress does not have the constitutional power to make public or interfere with what the President wants to say to the President of Ukraine or any other country. Chairman of the House Intelligence Committee Adam Schiff, whose title really shouldn’t contain the word “intelligence,” seems to think “oversight” covers absolutely everything the President does, even regarding those powers that remain uniquely his under the Constitution.

As for Biden, we’ve known for two years that he threatened to withhold a $1.2 billion loan guarantee from the Ukrainian president unless he fired a certain prosecutor (who happened to be investigating Biden’s son for accepting millions of dollars from a corrupt Ukrainian oligarch). Sounds like outright bribery to me. Where was the NYT on that?

Although the “Ukraine” angle is still iffy, the NYT updated it Thursday night:

Though it is not clear how exactly Ukraine fits into the allegations, questions have already emerged about Mr. Trump’s dealing with its government. He spoke on July 25 with President Volodymyr Zelensky and said he was convinced that Ukraine’s new government would quickly improve the country’s image and investigate corruption which “inhibited the interaction’ between the two nations … Mr. Trump’s close allies including his personal lawyer Rudolph W. Giuliani were also urging the Ukrainian government to investigate matters that could help Mr. Trump by embarrassing his political rivals, including former Vice President Joseph R. Biden, Jr.

Trying to Turn Democratic Corruption Into a Trump Scandal

Ah, so there it is. Adam Schiff and willing accomplices in the press want to “get” Trump on allegations of using foreign officials to go after his political opponent. (Um, didn’t Hillary Clinton actually do that?) But Rudy Giuliani, in an interview Thursday night with Laura Ingraham, said this story points to the corruption of the Ukrainian system and of Joe Biden, not the President. Trump was encouraging the Ukrainian president to investigate very serious allegations of corruption.

As for Biden, we’ve known for two years that he threatened to withhold a $1.2 billion loan guarantee from the Ukrainian president unless he fired a certain prosecutor (who happened to be investigating Biden’s son for accepting millions of dollars from a corrupt Ukrainian oligarch). Sounds like outright bribery to me. Where was the NYT on that?

And this question is key: Should Joe Biden — like Hillary — be immune from investigation and prosecution just because he might be the Democrat candidate for President? I’ll leave you with Giuliani’s words concerning the money: “[There was] $5 million from Ukraine to Latvia to Cypress to Joe Biden’s little crazy company he had, which follows $1.5 billion that went into that same company from China. The partners in that company are Joe Biden’s son, John Kerry’s son [actually stepson Chris Heinz], and [mobster] Whitey Bulger’s nephew. I didn’t make that up.”

Now there’s a story, with plenty of specifics. I’ll second what Giuliani said: How do they not cover this?

Additional note: The timing of Trump’s call to the Ukrainian president (July 25) is interesting, because it came just a few days after this detailed story about the Bidens and Ukraine ran in the Washington Post (July 22). I’m not sure anyone else has connected the dots, but maybe this is why Trump had the “Ukraine/Biden” scandal on his mind at that particular time.

“As Vice President, Joe Biden said Ukraine should increase gas production. Then his son got a job with a Ukraine gas company.”