Which Theory of Evolution? Toppling the Idol of ‘Settled Science’

An increasing number of scientists are asking whether evolution makes any sense in light of what we now know from biology. 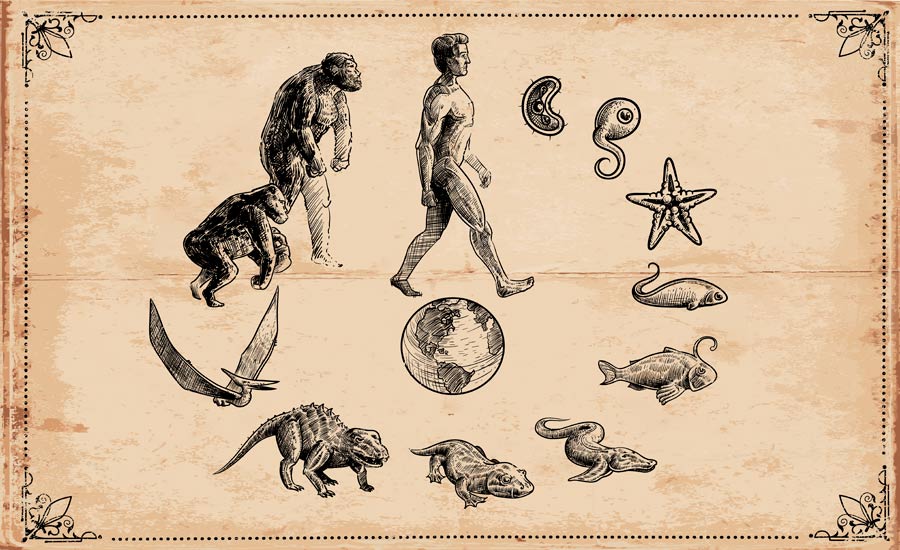 In 1973, evolutionary biologist Theodosius Dobzhansky wrote that “nothing in biology makes sense except in light of evolution.” Almost 50 years later, an increasing number of scientists are asking whether evolution makes any sense in light of what we now know from biology.

A recent long-form essay in The Guardian signals just how urgent the problem has become for the most dominant theory in the history of the sciences. In it, author Stephen Buranyi gives voice to a growing number of scientists who think it’s time for a “new theory of evolution.”

For a long time, descent with slight modifications and natural selection have been “the basic” (and I’d add, unchallengeable) “story of evolution.” Organisms change, and those that survive pass on traits. Though massaged a bit to incorporate the discovery of DNA, the theory of evolution by natural selection has dominated for 150 years, especially in biology. The “drive to survive” is credited as the creative force behind all the artistry and engineering we see in nature.

“The problem,” writes Buranyi, is that “according to a growing number of scientists,” this basic story is “absurdly crude and misleading.” For one thing, Darwinian evolution assumes much of what it needs to explain. For instance, consider the origin of light-sensitive cells that rearranged to become the first eye, or the blood vessels that became the first placenta. How did these things originate? According to one University of Indiana biologist, “we still do not have a good answer. The classic idea of gradual change, one happy accident at a time,” he says, “has so far fallen flat.”

This scientific doubt about Darwin has been simmering for a while. In 2014, an article in the journal Nature, jointly authored by eight scientists from diverse fields, argued that evolutionary theory was in need of a serious rethink. They called their proposed rethink the “Extended Evolutionary Synthesis,” and a year later, the Royal Society in London held a conference to discuss it.

Along with Darwinian blind spots like the origin of the eye, the Extended Synthesis seeks to deal with the discovery of epigenetics, an emerging field that studies the inherited traits not mediated by DNA. Then there are the rapid mutations that evade natural selection, a fossil record that appears to move in “short concentrated bursts” (or “explosions”), and something called “plasticity,” which is the ability we now know living things have to adapt physically to their environments in a single generation without genetically evolving.

The Guardian article described how Royal Society scientists and Nobel laureates alike boycotted the conference, attacking the extended synthesis as “irritating” and “disgraceful,” and its proponents as “revolutionaries.” As Gerd Müller, head of the department of theoretical biology at the University of Vienna helpfully explained, “Parts of the modern synthesis are deeply ingrained in the whole scientific community, in funding networks, positions, professorships. It’s a whole industry.”

Such resistance isn’t too surprising for anyone who’s been paying attention. Any challenges to the established theory of life’s origins, whether from Bible-believing scientists or intelligent design theorists, have long been dismissed as religion in a lab coat.

The habit of fixing upon a dogma and calling it “settled science” is just bad science that stunts our understanding of the world. It is a kind of idolatry that places “science” in the seat of God, appoints certain scientists as priests capable of giving answers no fallible human can offer, and feigns certainty where real questions remain. The great irony is that this image of scientist-as-infallible-priest makes them seem like the caricature of medieval monks charging their hero Galileo with heresy for his dissent from the consensus.

As challenges to Darwin mount, we should be able to articulate why “settled science” makes such a poor god. And we should encourage the science and the scientists challenging this old theory-turned-dogma, and holding it to its own standards. After all, if Darwinian evolution is as unfit as it now seems, it shouldn’t survive.

G. Shane Morris is a senior writer at the Colson Center and a co-host of Breakpoint This Week and the Breakpoint podcast. He has also written for The Federalist, The Christian Post, and Summit Ministries.