When we lose the ability to hash out issues, we hand power to politicians. 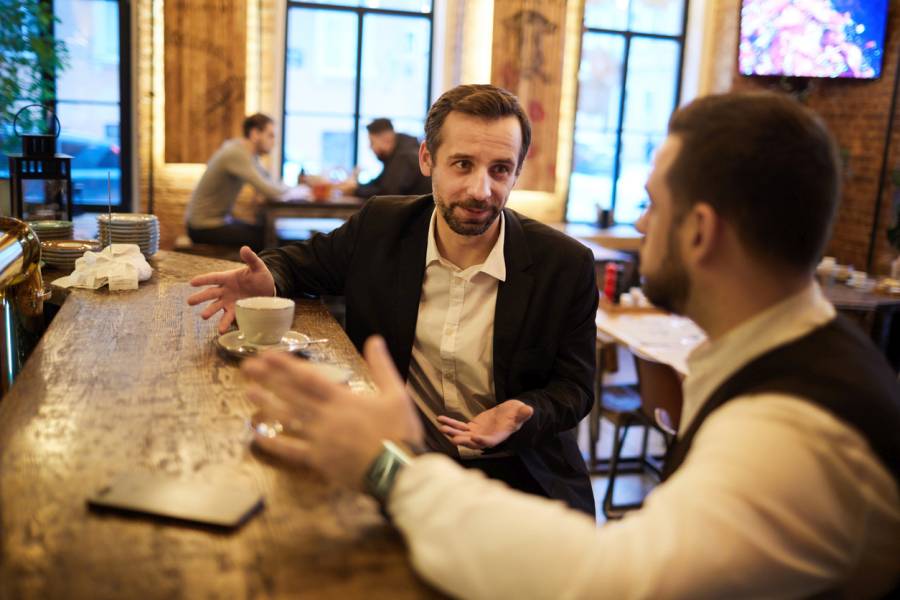 We face precarious times. I’m sure that is not a shock to most of you, but my reasoning will be. It is not COVID-19, or Donald Trump, or even Russian collusion that we have to fear. It is: our inability to argue intelligently with each other. That may sound ridiculous considering we are all hunkered down in our homes in the midst of a pandemic. But it is true nonetheless.

I remember a time, way back in my college days, when I could carry on political discussions with a variety of folks who disagreed with me. And, while things could get heated, we would end the discussion as friends. We would either agree to disagree — or, shock of shocks, occasionally change each other’s minds.

The Lost Art of Discussion

I have noticed for the last several years now that this type of discourse is no longer possible. The fine art of argument/discussion has broken down over the years. It is no longer, as Monty Python pointed out, “a series of statements intended to establish a proposition.” A free flow exchange of ideas, half of which support the premise in question, while the other half attempt to show that premise as false, and/or perhaps present a better premise.

For example, you describe a concept that you believe in, and I respond by explaining why I think your logic is flawed or why one of the “facts” you used to support your idea is untrue. That is how a reasonable argument works. Over the last two decades, this form of discourse has morphed into something far less elegant or informative. With the advent of cable news, the fine art of discussion/argumentation turned into a shouting match between two ridiculous buffoons. Then it devolved into non-sequitur responses, or addressing a tangent of the original point rather than the point itself. And now, it has devolved into a most dangerous and destructive version of itself: the personal attack.

Please, people, I beg all of you. Stop taking arguments personally, open your minds, and listen to friends (or even strangers) with opposing points of view. You will both be the smarter and stronger for it, and, most importantly, the politicians will be the weaker.

No, I don’t mean the classic ad hominem attack. Those are easy enough to deal with. I mean taking things personally and/or being offended when confronted by facts. No actual insults are involved, mind you, but the idea is your opinion is an extension of you and by denigrating it, I am denigrating you. Therefore, because I have become abusive, you will no longer engage in said argument.

I have encountered this sham quite a bit in the last few years. Perhaps you have too. But make no mistake: this particular modus operandi is being employed for one purpose only, and that is to shut down the discussion. No attempt to resolve the point in question, no attempt to get at the truth, no attempt to grow and learn, and no “let’s agree to disagree.” This current technique is dangerous because it keeps our minds closed, we lose the ability to resolve conflict peacefully, and it can also easily break apart what was once a solid relationship.

The Loss of a Friend

As you might guess, at this juncture, I just had a very dear friend of mine unfriend not only me, but my wife, Jan, as well over just such a set of circumstances. I relate this story to you, not for your sympathy, but as a portent. Yes, I am strongly entrenched in a certain political philosophy. However, what tends to be discounted is that I am not so strongly attached to a political party. I detest both the Democratic and Republican party with equal fervor. I mention this last part in order to strengthen the warning I am about to give you: If we cannot discuss political events and ideas reasonably, calmly, and intelligently, then we are truly doomed. It won’t matter who is in the White House, or who has the majority in which house, because we, the people, will be divided. And that not only keeps us ignorant, but it will also allow the powerful to run roughshod over us.

I don’t have to tell you folk that the technique of “divide and conquer” is one of the oldest in the books, and our current crop of power-mad politicians thrive on the dissolution of our society.

The Value of Truth

In one of my former friend’s closing statements to my wife he said, “You certainly seem to know all the numbers on this very well. It must be very important to you to be right!” I’m sure this was meant as an insult involving arrogance. The funny thing is, it is important to Jan and me to be right — not for the sake of being “right,” but because we both value the truth. We continue to educate ourselves as best we can, in order to get to the truth. We also enjoy discussing things with people who have a different point of view because that’s one of the best ways to learn. We also both read and listen to a wide variety of political points of view, because to rely on only one source of information is the very death of freedom.

And now we have come to the heart of it. Please, people, I beg all of you. Stop taking arguments personally, open your minds, and listen to friends (or even strangers) with opposing points of view. You will both be the smarter and stronger for it — and, most importantly, the politicians will be the weaker.